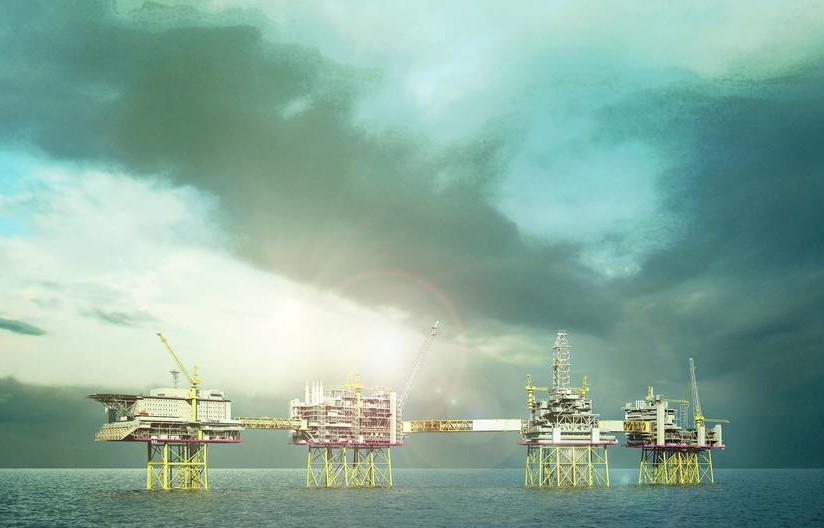 Read the Executive Summary of Offshore Energy Outlook, a new report published by The International Energy Agency, with contributions from GCE NODE.

Energy produced offshore is a major component of global oil and natural gas supply and could provide an increasingly important source of renewable electricity. Resources are enormous, but offshore projects have to prove their worth in a changing market and policy context, amid a variety of pressures on the world’s oceans.

More than a quarter of today’s oil and gas supply is produced offshore, mostly in the Middle East, the North Sea, Brazil, the Gulf of Mexico and the Caspian Sea. While offshore oil production has been relatively stable since 2000, natural gas output from offshore fields has risen by more than 50% over the same period. Offshore electricity generation, mainly from wind, has increased rapidly in recent years, notably in the relatively shallow coastal waters of Europe’s North Sea.

But it is not all plain sailing. The 2010 Deepwater Horizon accident and spill in the Gulf of Mexico was a major setback for the offshore hydrocarbons industry; prospects for offshore oil and gas have also been shaken by the shale revolution and by lower prices, and must cope with longer-term uncertainties over demand.

Offshore wind is a rising force, but remains for the moment a relatively marginal one at 0.2% of global electricity generation; wind and other marine technologies face stiff competition from a range of onshore options, including other low-carbon sources of generation.

This new report in the World Energy Outlook series provides a detailed assessment of the outlook for offshore energy against a dynamic backdrop of energy market, policy, technology and environmental considerations.

In IEA projections to 2040, the amount of energy-related offshore activity is poised to increase in both scenarios, although the fortunes of oil, gas and wind power vary depending on the policies in place. This resilience is good news for the offshore supply and services industry; the world’s continued need for offshore energy is also good reason for regulators to pay close attention to operational and environmental performance.

In the New Policies Scenario, in which we explore the evolution of the global energy system in line with existing policy frameworks and announced intentions, offshore oil production edges higher, while gas surges ahead to become – in energy-equivalent terms – the largest component of offshore output. Generation from offshore wind rises by more than ten times to 2040, helped by supportive policies in Europe, China and elsewhere.

In a Sustainable Development Scenario, in which the world gets on track to attain its climate, air quality and energy access goals, the balance of offshore activity shifts, but the overall level remains substantial. By the 2030s, offshore investment in this scenario – currently heavily weighted towards oil – is split into three roughly equal parts as oil and (to a lesser extent) gas output growth is lower than in our main scenario, while offshore electricity generation grows twice as fast and provides 4% of global power generation by 2040. Overall, the Sustainable Development Scenario requires $4.6 trillion in capital investment in all types of offshore energy over the period to 2040, compared with $5.9 trillion over the same period in the New Policies Scenario.

OFFSHORE OIL AND GAS PROJECTS ARE BEING RE-ENGINEERED FOR A LOWER PRICE WORLD
The costs of many offshore oil and gas projects have come down sharply in recent years, as companies try to ensure their viability in a shale-inspired lower price environment. In the aftermath of the oil price fall in 2014, proposed new deepwater projects were generally among the first to be delayed or cancelled as the industry moved towards shorter cycle investments, including shale.

But offshore projects are now coming back into the picture, typically looking much leaner and fitter than they did before: only the best projects are going ahead, but capital investments in the Norwegian offshore and in the US Gulf of Mexico that once required a breakeven oil price of $60-80/barrel are now claimed to be robust at $25-40/barrel. Designs are being simplified, standardised and (in some cases) downsized, and a large overhang in the market for offshore services and equipment is also helping to exert downward pressure on costs – although this could be reversed as activity levels pick up. Digitalization of offshore operations is being widely pursued as the next frontier for efficiency gains and cost reductions.

In a world in which natural gas demand rises by almost 50% to 2040 and oil consumption continues to grow, the interest in offshore hydrocarbon resources remains strong. Shallow water oil production from more mature basins falls in the New Policies Scenario, but this is offset by a rise in deepwater output. Although exploration activity has tailed off recently, deepwater has accounted for around half of discovered oil and gas resources over the last ten years.

Brazil remains the global leader in deepwater production; Mexico also sees rapid growth as a result of successful bidding rounds since 2016, alongside the United States, African producers and some new players including Guyana and Suriname. A 700 billion cubic metre (bcm) rise in offshore gas production to 2040 is split equally between shallow and deepwater developments, bringing the share of offshore production in total gas output above 30% by 2040. Many countries and regions contribute, from Brazil to Australia and the Eastern Mediterranean, but the largest growth comes from the Middle East, with continued development of the world’s largest gas field (called South Pars for Iran, the North Field for Qatar) and from Africa, notably due to the development of the huge gas finds off Tanzania and Mozambique. The prospects for offshore gas remain relatively robust in a Sustainable Development Scenario, but a decline in oil demand in this scenario weighs against new capital-intensive offshore oil projects.

WATCH OUT FOR A WAVE OF DECOMMISSIONING
Offshore oil and gas activity is not limited to new investments: between 2 500 and 3 000 projects are likely to require decommissioning between now and 2040 as they reach the end of their operational lifetimes. The types of projects being decommissioned are also set to evolve: most activities to date have involved steel platforms in shallow water but the future will also require dismantling more complex structures in deeper water. Removing offshore infrastructure is typically the best way to minimise environmental and safety risks, but there is scope in some cases for re-use or re-purposing. More than 500 platforms in the Gulf of Mexico, for example, have already been converted to permanent artificial reefs. There are also potential synergies with other ocean industries, including offshore wind.

OFFSHORE WIND – THE NEW KID ON THE BLOCK
Policy support, technology advances and a maturing supply chain are making offshore wind an increasingly viable option for renewables-based electricity generation, harnessing the more consistent and higher wind speeds available offshore. Investment has picked up sharply in recent years and, with fewer restrictions on size and height than their onshore counterparts, offshore wind turbines are becoming giants. The height of commercially available turbines has increased from just over 100 metres (m) in 2010 (capable of producing 3 megawatts [MW]) to more than 200 m in 2016 (8 MW), and a 12 MW turbine design now under development is 260 m high.

Installations are also moving further from shore, tapping better quality wind resources and pushing up capacity factors. Aside from lowering the cost of the electricity produced, these improvements in performance also ease the challenge of integrating offshore output into electricity grids. The first projects using floating wind turbines are also now entering into operation, based on concepts widely deployed in the offshore oil and gas sector; cost-competitive floating technologies would widen the economic resource base for offshore electricity generation considerably. However, as with the possibilities to commercialise tidal, wave or ocean thermal energy, a significant research and investment push is still needed to move some of the nascent offshore technologies into the mainstream.

The promise of cost-competitive offshore wind in Europe’s North Sea could spark a virtuous circle of accelerated deployment and technology learning elsewhere, but there are still uncertainties over future competitiveness. The costs of offshore wind projects commissioned in 2016 vary widely, but on average are 150% higher than onshore wind and more than 50% higher than utility-scale solar photovoltaic (PV) projects.

However, the results of recent auctions in Europe suggests a step change in costs for some new projects scheduled to enter into operation in the early 2020s; these include some bids that did not require any price guarantees at all, albeit at favourable conditions with the cost of grid connection taken by the transmission system operator.

Such a dramatic improvement in costs, if realised in practice, would provide a powerful stimulus for policy support and investment elsewhere in the world. This would be essential to bump up offshore wind deployment beyond the levels seen in our main scenario (where the rise from 14 gigawatts [GW] of capacity to 160GW is concentrated in Europe and China) to those in the Sustainable Development Scenario (where the increase to 350 GW is supported by many other regions and countries). In the latter scenario, in which the power sector is almost completely decarbonised by 2040, more rapid electrification of end-uses and/or any limitations on onshore deployment – for example, due to public opposition to wind farms or new hydropower projects – would open up further upside for offshore developments.

INTEGRATED THINKING ON ENERGY AND THE OCEAN ECONOMY
The growth of offshore wind creates potential synergies with the offshore hydrocarbons sector; integration could bring benefits in terms of reduced costs, improved environmental performance and utilisation of infrastructure. The interlinkages between the different offshore energy industries are in three major areas:

The North Sea, a relatively mature oil and gas basin with a thriving renewable electricity industry, is already seeing some crossover between the sectors: some large oil and gas companies are major players in offshore wind; one former oil and gas company, Ørsted in Denmark, has moved entirely to wind and other renewables. As its energy profile gradually changes, the North Sea is also likely to be the laboratory that tests the technical and commercial validity of the other, longer term concepts for collaboration. However, the potential synergies are not confined to Europe; and the need for integrated offshore thinking extends well beyond the energy sector to encompass shipping, port infrastructure, other maritime industries and all aspects of the marine environment.