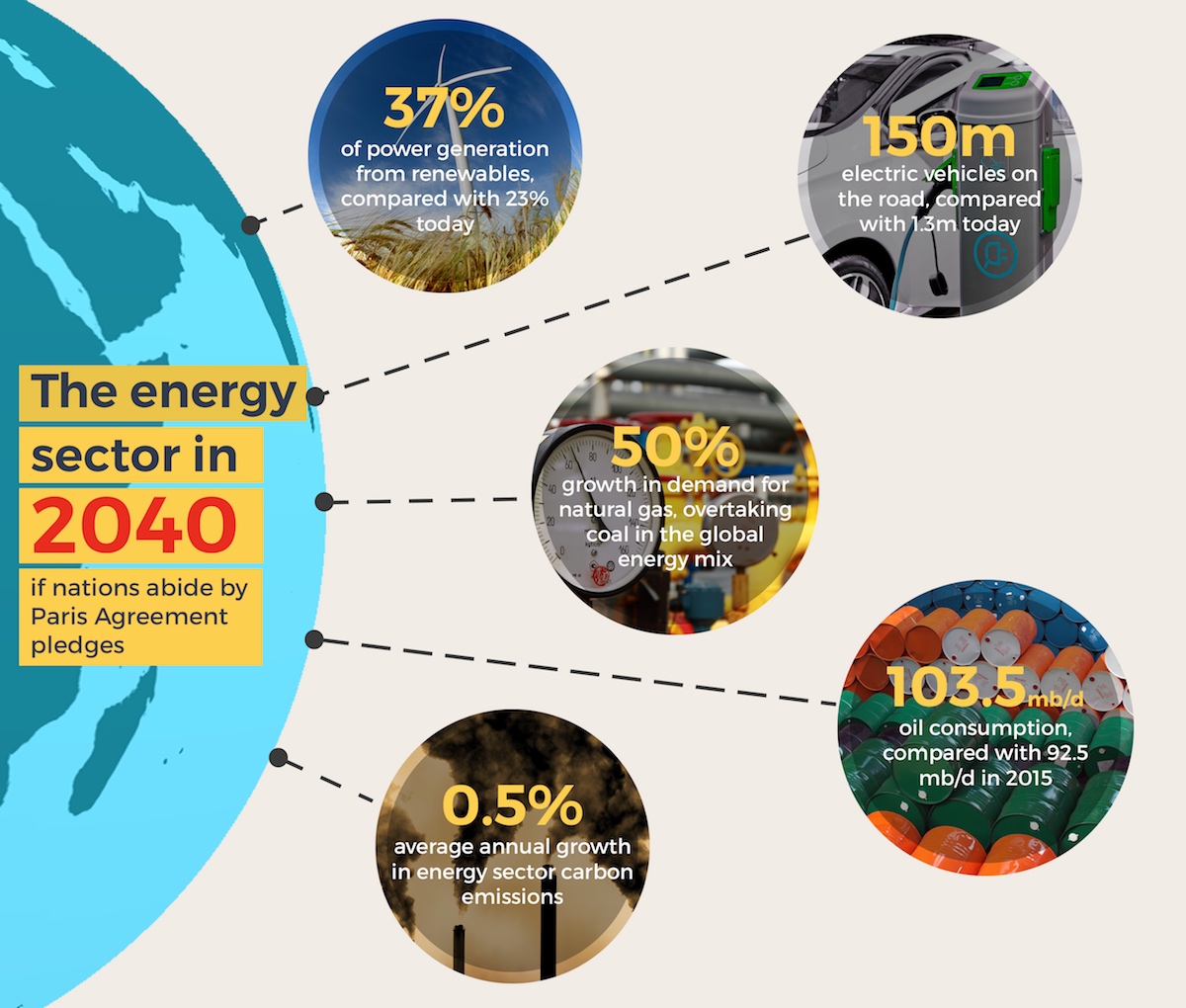 World energy demand and mix in 2040, according to IEA.

Global oil demand continues to grow until 2040. Investment in oil and gas remain essential to meet demand and replace declining production, according to the International Energy Agency.

As a result of major transformations in the global energy system that take place over the next decades, renewables and natural gas are the big winners in the race to meet energy demand growth until 2040, according to the latest edition of the World Energy Outlook, the International Energy Agency’s flagship publication.

“We see clear winners for the next 25 years – natural gas but especially wind and solar – replacing the champion of the previous 25 years, coal,” said Dr Fatih Birol, the IEA’s executive director. “But there is no single story about the future of global energy: in practice, government policies will determine where we go from here.”

This transformation of the global energy mix described in WEO-2016 means that risks to energy security also evolve. Traditional concerns related to oil and gas supply remain – and are reinforced by record falls in investment levels. The report shows that another year of lower upstream oil investment in 2017 would create a significant risk of a shortfall in new conventional supply within a few years.

In the longer-term, investment in oil and gas remain essential to meet demand and replace declining production, but the growth in renewables and energy efficiency lessens the call on oil and gas imports in many countries. Increased LNG shipments also change how gas security is perceived. At the same time, the variable nature of renewables in power generation, especially wind and solar, entails a new focus on electricity security.

Read the whole story from IEA