In early stages of digital journey 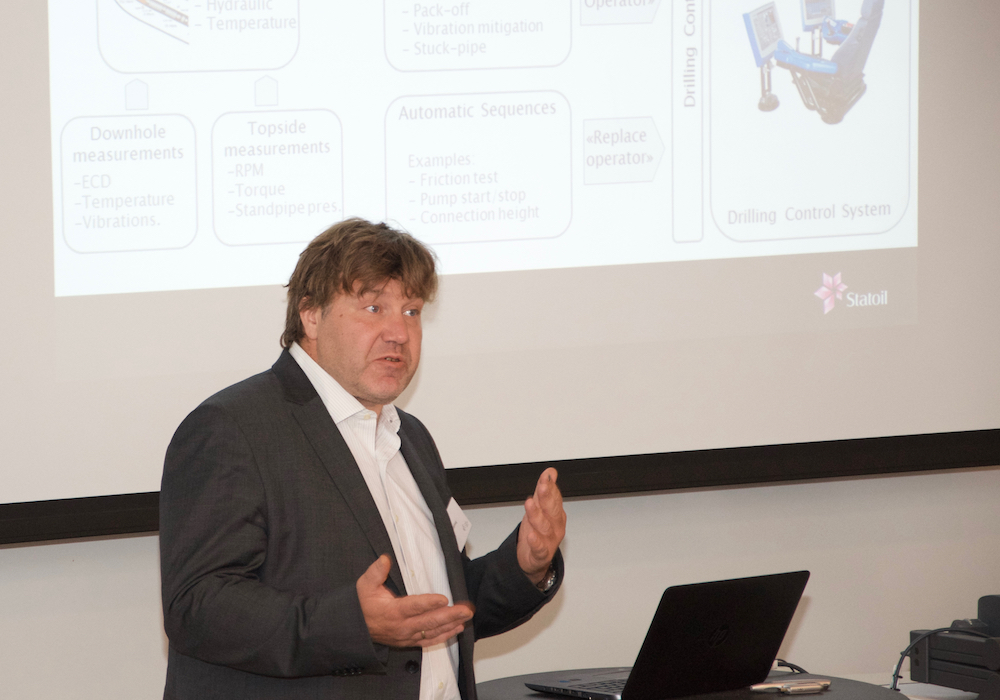 “Oil and gas is in the early stages of its digital journey. We are far behind other industries, says Statoil’s Bjørn Rudshaug.

“We don’t have the standards, we don’t share data. Coming from an operator, I will be the first to admit that operators are not best in class when it comes to sharing anything. This needs to change”, said Rudshaug, Strategic Project Manager Automatic Drilling Control at Statoil at the SFI Work Package 7 Workshop in Grimstad Tuesday.

He presented a vision for a digital Statoil.

“A truly digital Statoil will be automated, will find and produce more oil and gas, and will drive significant reduction in operations cost through automation and by optimizing the utilization of equipment and production facilities”, said Rudshaug.

He showed how automated drilling control could take drilling beyond improvement programs, and claimed there is only one way forward:

“Productivity needs to improve in order to keep offshore oil competitive. The productivity increase needs to be scalable to handle the cyclic nature of the business. And we need to learn from other industries, which have had success with ever more advanced versions of automation. Robots increased efficiency in the car industry. We should think the same way”, said Rudshaug.