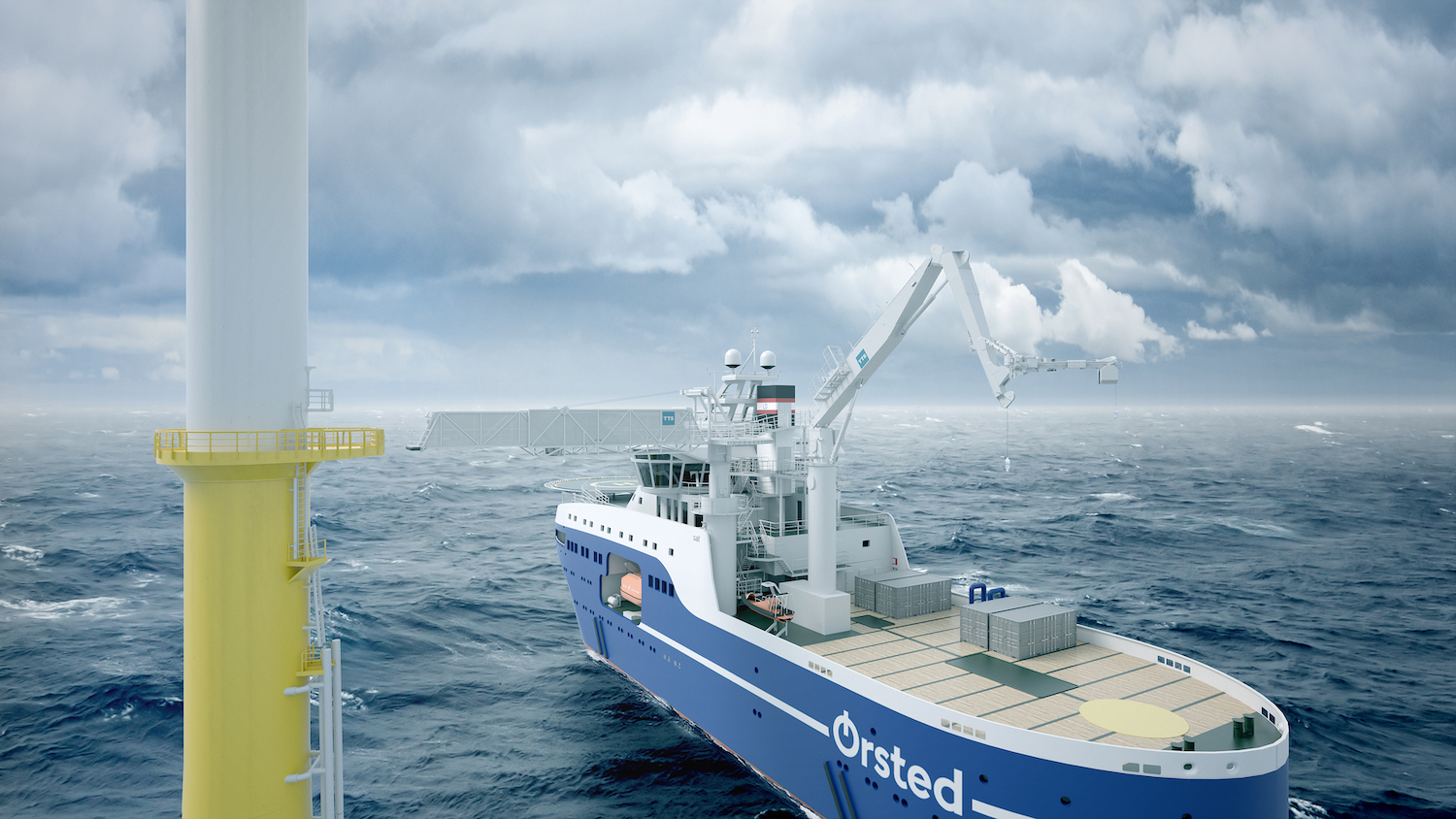 For their newbuild at Cemre Shipyard, Louis Dreyfus Armateurs (LDA) has selected a TTS Colibri crane together with a new walk-to-work gangway, the TTS Horizon. Upon delivery in 2021, the newbuild will enter into service of the offshore wind farm Hornsea Two, off the coast of England.

The equipment package includes several industry firsts, all of which are central in TTS’ technology roadmap. The equipment package features a significant step forward, which is removal of the Operators Cabins. Instead, the crane and gangway will be controlled from Phoenix, a remote operator environment that does not rely on a direct line of sight for the operator.

She adds, “Traditionally, the operator has been bound to sitting in a cabin mounted on or near the equipment. With Phoenix the operator can control the equipment in a far more accurate, efficient and safe manner. Phoenix can be located anywhere on the vessel and from the same chair; the operator can control the crane, gangway, cargo logistics system or any other complex deck machinery on-board. There are systems on the market than can control both crane and gangway from the vessel’s bridge, but Phoenix represents a paradigm shift in this market segment.”

The first Colibri was recently installed on-board LDA’s vessel Wind of Change, which is due to enter service in 2019.

Almost 10 years after the first TTS motion compensated product was delivered, a new range of gangways has been launched. The Horizon range consists of five distinct models, all designed around the same all-electric architecture using proven technology configured in a novel way. Low weight, high performance and increased automation are the key design drivers and based on this, Innovation Norway has decided to support the development.