“It’s time to get involved in hydrogen” 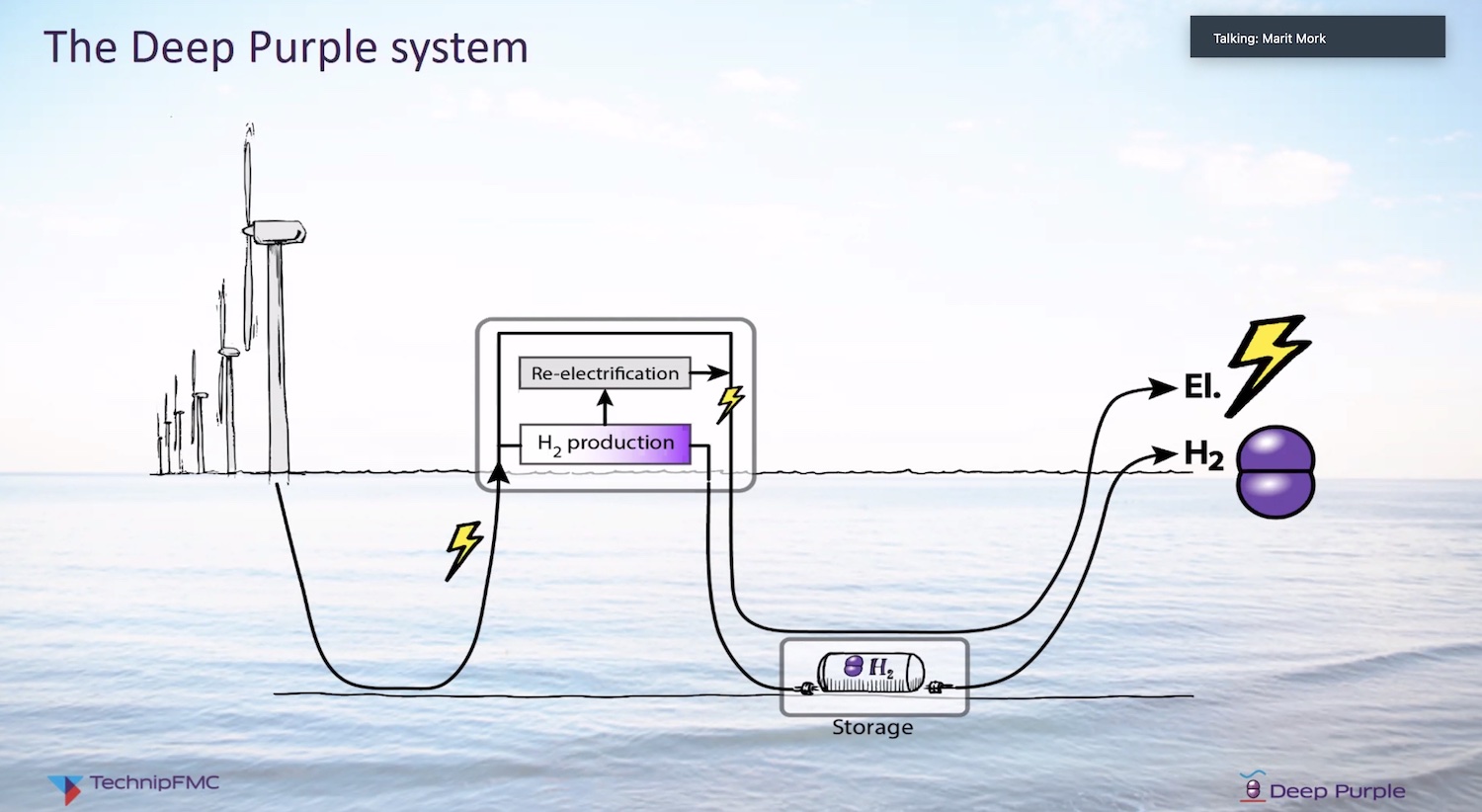 TechnipFMC presented the project Deep Purple at the GCE NODE and NORCE webinar on hydrogen.

“There is a great potential for Agder companies to be more involved in the rapidly developing hydrogen industry,” says Christian von der Ohe, RD&I Manager at GCE NODE.

The statement comes following a recent GCE NODE and NORCE webinar, which discussed the hydrogen value chain and opportunities for the Agder region.

“The webinar demonstrated that the Agder region has some interesting hydrogen projects and players, but also that there is a great potential for further involvement,” says von der Ohe.

Steinar Eikaas, Vice President Low Carbon Solutions at Equinor talked about the Norwegian energy giant’s plans for hydrogen and low carbon solutions in general. In March 2021, Equinor, Shell and Total incorporated a new partnership for CO2 transport and storage infrastructure, called Northern Lights. Northern Lights delivers carbon storage as a service and aims to help industrial emitters stop emissions that cannot be avoided from reaching the atmosphere, and to provide a safe and permanent storage option for CO2 that is removed from the air.

“Interest for Northern Lights is overwhelming, which suggests that the company is likely to be a success. The biggest challenge is to build a market from scratch. However, if successful, Northern Lights will be worth approximately 25 per cent of the total Norwegian market for fisheries,” said Eikaas.

Marit Mork, Manager of Innovation Projects at TechnipFMC, pointed out that hydrogen is very important in the decarbonization process, as the European Union expects hydrogen to make up 25 per cent of world energy mix in 2050. Mork presented the project Deep Purple, a system that uses wind energy to extract green hydrogen from seawater.

“Based on our expertise as a world-leading subsea oil and gas systems provider, Deep Purple will drive upstream decarbonization,” said Mork.

“Based on competence from production of hydropower, the process industry, the offshore industry, and the supplier industry, Agder is well positioned to join the hydrogen race. In addition, our region accounts for a significant part of the Norwegian power surplus, which is perfect for production of hydrogen,” said Haugen, author of the report.

To prepare for a hydrogen market entry, Haugen advised companies to start the process to gain the necessary certifications, to build knowledge of rules and regulations, and to train personnel in cryogenic systems and liquification of hydrogen.

“Now is the time to get involved. The hydrogen market is rapidly expanding in Europe. To be a part of it, we need to pick up the pace,” said Haugen.