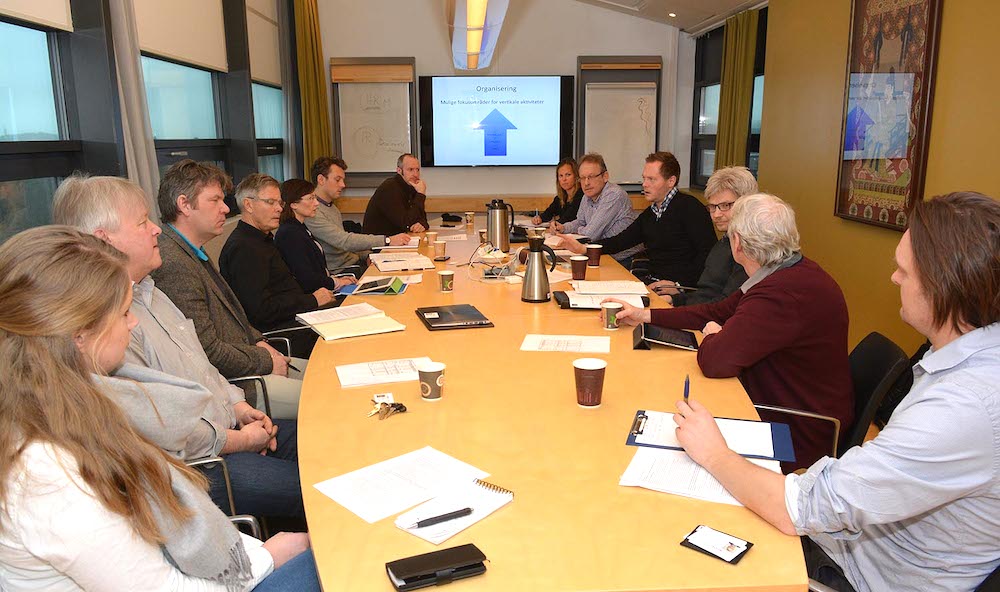 A new project, Future Robotics, aims to accelerate the southern part of Norway into a leading position within robotization and automation.

– Robots and automation represents both threats and possibilities. The development of new technology represents change, and the global market is adapting rapidly. Right now, the Agder region is behind in this area, which is why we take action. For some companies in the region it is do or die, says Søren Kragholm, Project Manager for «Future Robotics» at the University of Agder.

The project, which officially kicked-off March 1st, is both innovative and ambitious. The goal is to gain more knowledge about robotization and automation. Collaboration partners are Digin (ICT-cluster), University of Agder, SINPRO in Mandal, Lister Alliance, Sørlandsportens teknologinettverk, GCE NODE and Eyde network.

– Elkem and Farsund Aluminium Casting are two brilliant, local examples of companies that have adapted to this technology and have automated their production. Also, Glencore Nikkelverk has invested a lot of money in this technology, but other companies still have a long way to go, says Kragholm.

Tough competition
Over the next two years, the partnership of Future Robotics is going to analyze the current situation in the companies involved in the program. Sørlandets Kompetansefond has granted MNOK 2.5 to the project, which has a total budget of MNOK 4.5.

The project is divided into two parts:  Horizontal activities aimed at providing competence building amongst clusters, companies and R&D to enable investments and implementation of new technologies. The second part is the vertical activities, focused on needs and creation of new knowledge for user groups.

– It is all about cost efficiency. The global market is tough, especially in the oil and gas industry, with the decline in oil prices. That is why we need to increase the level of knowledge of this technology in the companies here in Southern Norway, says Kragholm.

Ambitious goals
The project has a grand vision: To become the leading region in Norway for this technology.

– The idea behind «Future Robotics» is to share experiences, challenges, results and solutions. Everyone agrees that this technology represents the future. Now the companies have to make use of this technology to be competitive in the global market, says Kragholm.