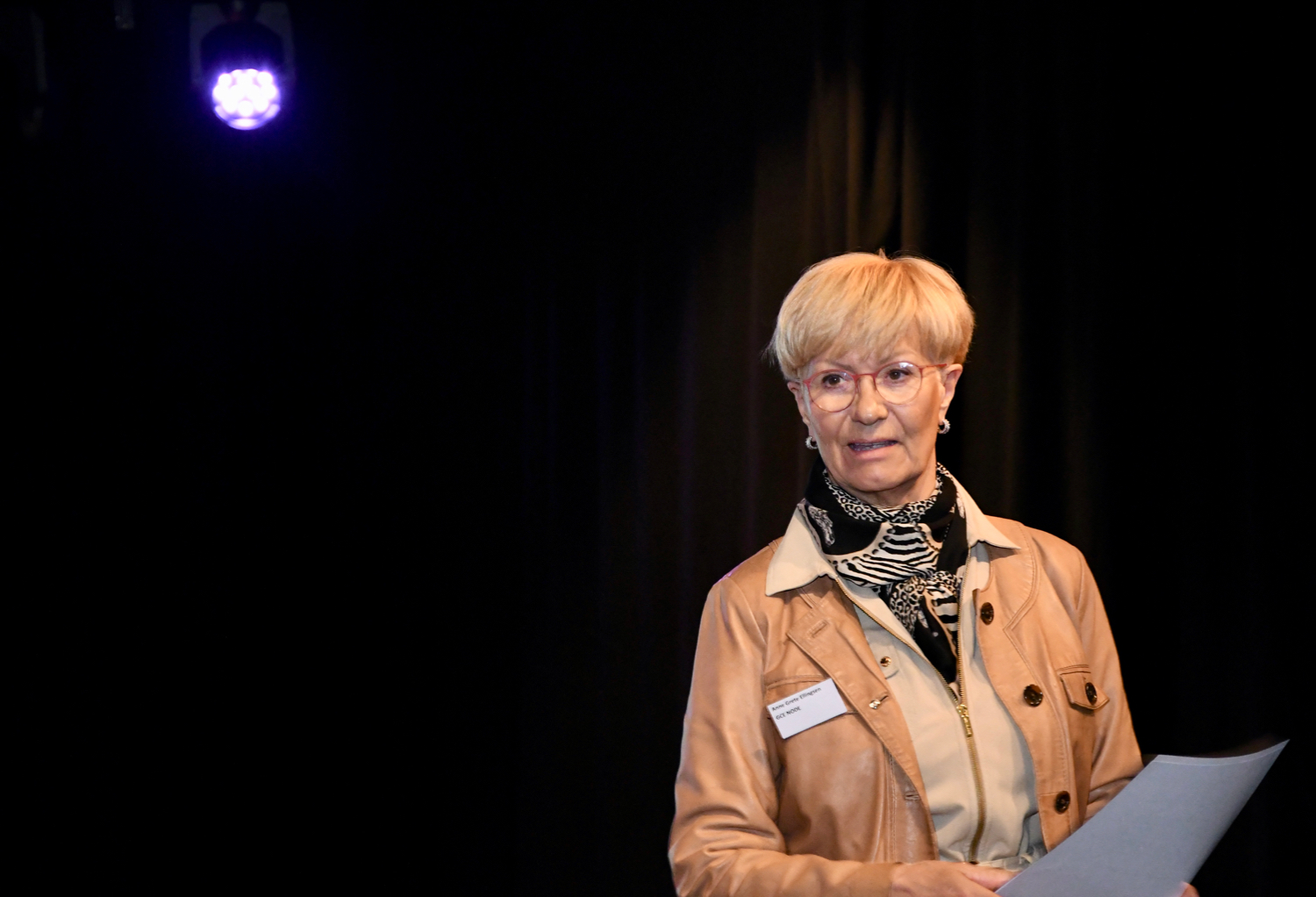 “I will continue to follow this industry closely, but in other capacities. I am a curious person, eager to take on new tasks and looking forward to new challenges,” says Anne-Grete Ellingsen. She left her position as CEO of GCE NODE on August 31.

Six years after Anne-Grete Ellingsen took the position of CEO at GCE NODE, she leaves a cluster that is larger, stronger and more diversified.

“We have achieved a lot! And most of our achievements came in a period of time that was very challenging for the oil and gas and maritime industries,” says Ellingsen. She refers, of course, to the dramatic downturn following the collapse in oil and gas prices in 2014.

A recent survey shows the return of optimism for cluster participants. Several companies are now positioned in both onshore and new ocean-based industries.

On her watch, NODE was promoted from a “National Center of Expertise” to a “Global Center of Expertise” (GCE), which is the highest level in the Norwegian Innovation Cluster Program. Ellingsen built a cluster administration that – twice – has earned a Gold Label for Cluster Management Excellence, ranking among the top 5 per cent of all European clusters. And she has grown the cluster from 60 to more than 100 participants, and established a broad R&D project portfolio.

READ MORE: All GCE application goals have been met

“NODE has emerged as a center for research, development and innovation that benefits the entire supplier industry in our region. All projects are in line with our strategic goals to enhance competitiveness in existing markets, and to transfer competence and technology to new markets,” says Ellingsen.

As a former State Secretary at the Ministry of Petroleum and Energy and the world’s first female oil and gas platform manager, holding an MSc degree in petroleum technology and an Executive Master’s degree in Energy Management, Ellingsen has combined her experience from politics and the business sector – seemingly a perfect match for the position she was given.

“It has been a building process. The Center for Research-based Innovation ‘SFI Offshore Mechatronics’, established at the University of Agder in 2014, was instrumental in NODE being promoted to GCE. This allocated more money for developing the cluster and our business sector in Agder. As a result, GCE NODE was able to contribute to the establishment and financing of Mechatronics Innovation Lab in Grimstad, which is already a fully operational national test center for a large number of technologies,” says Ellingsen.

Later, in what she continuously refers to as “Agder’s ecosystem for innovation”, Ellingsen was delighted to witness the merger of research institutions that resulted in NORCE, and the establishment of a seed fund for Agder and Telemark counties, which is administrated by Skagerak Maturo.

“Add Katapult Center Future Materials, and even a new international test center for drones at Arendal Airport Gullknapp, and there has never been a better time for innovation in our region. This provides small and medium-sized companies with great opportunities to develop their businesses,” says Ellingsen.

The Agder ecosystem for innovation and the region’s world-leading competence in ocean technologies has since been recognized by the European Union, which has granted Agder status as a Digital Innovation Hub for Ocean Technologies, the only such DIH in Europe.

“While we continue to develop safer, more cost-efficient, and more environmentally friendly solutions for the oil and gas sector, it is paramount to continue to explore how our competence and technology for ocean technologies can contribute to new and innovative solutions in emerging ocean-based industries. The maritime and petroleum sectors will always be cyclic. Thus, it is important to diversify by developing new business areas, based on the competence gained in the maritime and petroleum sector,” says Ellingsen.

MOVING ON
At the midway point of the ten-year-period of NODE as a Global Center of Expertise, Ellingsen has decided to move on.

“It has been a long, fun and demanding journey. I would like to thank the cluster companies for their support and willingness to share knowledge. I would also like to thank them for spending time and money in various projects where they contribute to the building of a progressive ecosystem that is widely recognized both in Norway and abroad. We have enjoyed strong support from local authorities, which we are thankful for.

Finally, a big thank you to the Board of Directors and to the competent and hardworking staff at NODE for their input, inspiration and support throughout these six years. NODE is now recognized as a premier cluster organization. We are frequently visited by top politicians that are keen to learn more about our industry and how they can support the value creation that is key to Norway as a nation,” says Ellingsen.

“I will continue to follow this industry closely, but in other capacities. I am a curious person, eager to take on new tasks and looking forward to new challenges,” says Ellingsen.

She was replaced by Anne Lene Dale on September 1.

INSTRUMENTAL IN CLUSTER’S DEVELOPMENT
Chairman of the Board of Directors of GCE NODE, Høye Høyesen, says Anne-Grete Ellingsen has been instrumental in the development of GCE NODE.

“During what has been a transformational time period for our industry, NODE has contributed with a focus on the importance of implementing measures to increase competitiveness and to the transfer of technology to new industries. On behalf of GCE NODE, Ellingsen has been able to engage both public funding agencies and the government in a process to ease the effects of the dramatic downturn and to grasp the business opportunities it presented,” says Høyesen.

GCE NODE has also developed to become a professional event organizer, spanning from small every-day-seminars to huge events, such as Arendalsuka, OTC and ONS.

“These arenas are very valuable for the cluster companies and is something NODE should build on. As Chairman of the Board I would very much like to thank Anne-Grete for the dedication she has shown, and for her ability to get the job done,” says Høyesen.