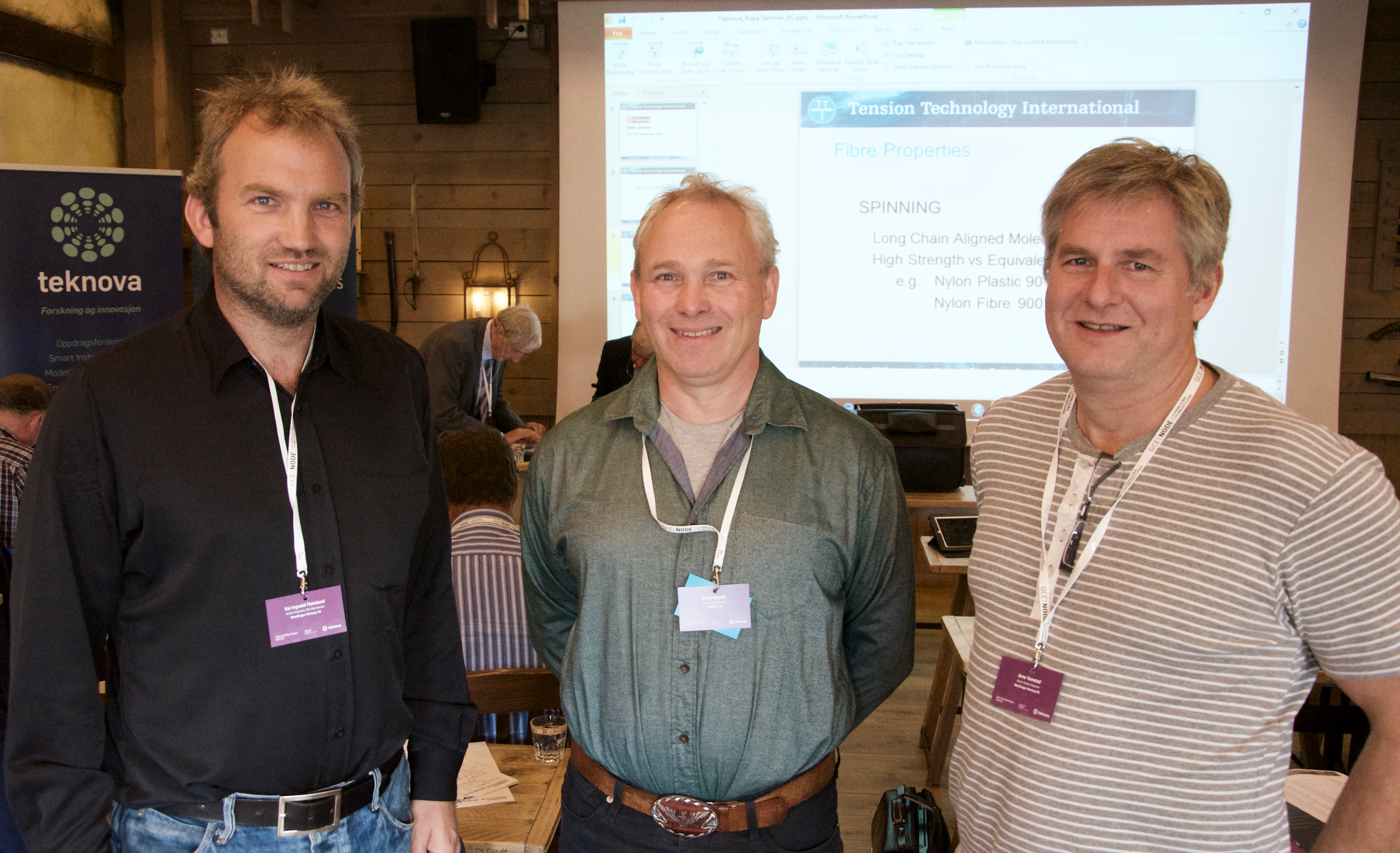 “For rope enthusiasts like me, this is like being at a Jimi Hendrix concert for engineers. To dip into the knowledge of some of the most competent rope specialists in the world, is highly rewarding”, says Kai Ingvald Flateland, Senior Engineer at MacGregor Norway.

“We are thrilled to see that the industry recognizes the quality of this seminar. The speakers are truly the best people in the world to learn from”, says Thomas Meyer, Business Development Manager for the research institute Teknova, which was organizing the seminar.

Speakers included German “Rope Pope” Roland Verreet and British experts Nick O’Hear and Steve Banfield. The former is considered a leading global capacity on steel ropes, whereas the two latter are specialized in the field of fiber ropes.

“This is a narrow field of expertise. There are only a handful of people in the world who are really knowledgeable and who do not work for the rope manufacturers. To meet them here in Kristiansand is a privilege”, says Rune Risholt, Engineering Manager at MHWirth.

“There has been a tremendous development in fiber ropes lately. The characteristics of fiber ropes are changing, which produces more opportunities for us to utilize them for offshore load handling. We just need to know how to use them properly. Any mistake could be very costly”, says Arne Tomstad, Senior Project Engineer at MacGregor Norway.