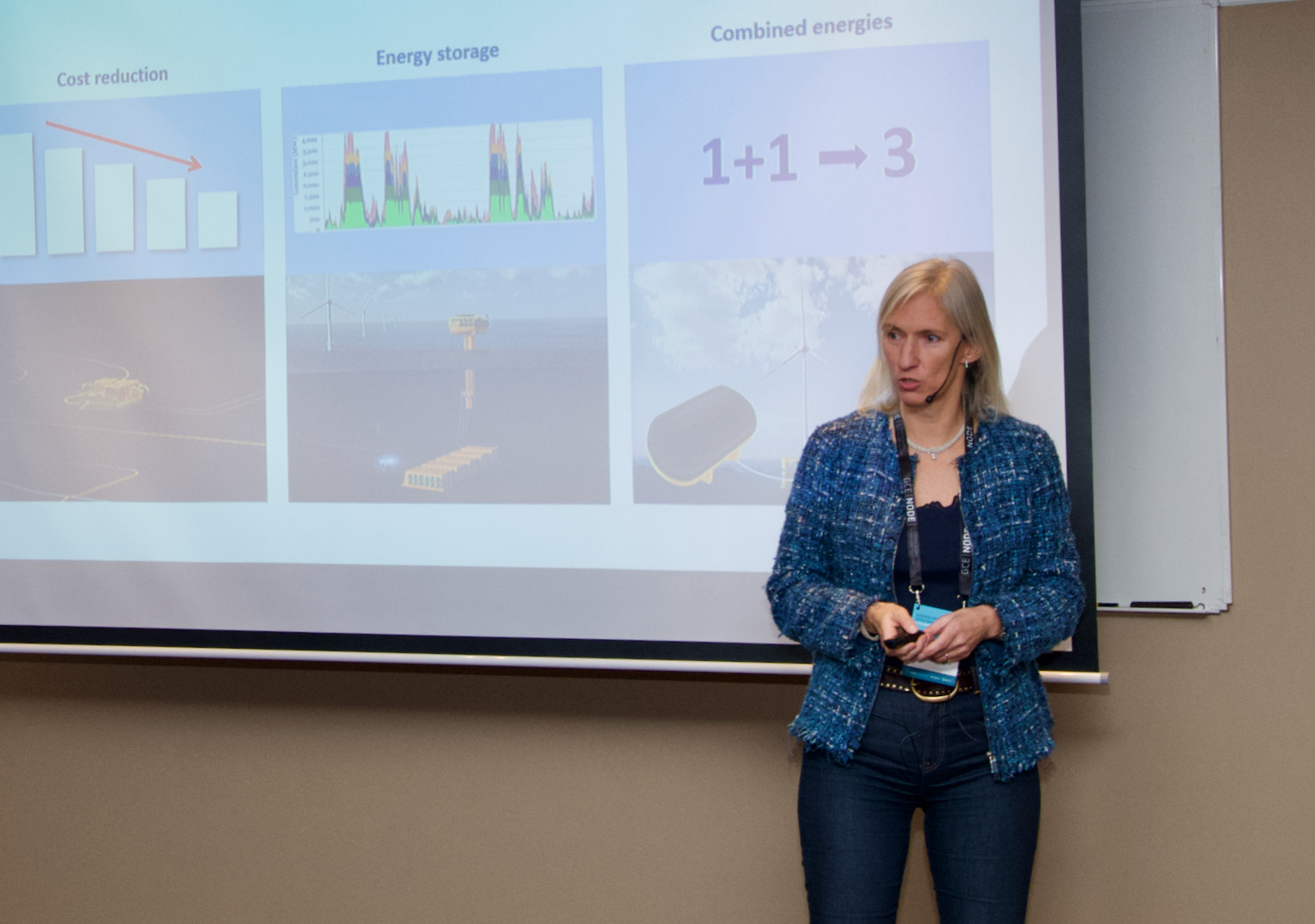 Magnora Offshore Wind came out as a winner in the ScotWind offshore wind licensing round earlier this year. CEO Kristin Gjertsen talks about the successful bid.

On 17 January Magnora Offshore Wind was offered the opportunity to enter into an Option Agreement for area N3 situated in the north-western part of Scotland, in water depths of 106 to 125 meters. The development basis for the application consists of 33 semi-submersible floating wind turbines of 15 MW capacity, which is estimated to produce 2.4 TWh per year.

“We were not very surprised to come out as winners. We were considered an underdog by many but remained confident in our ability to present a good project development and execution plan,” says Kristin Gjertsen.

“This is the first major milestone towards our global ambition as an offshore wind developer. Our ambition is to achieve ScotWind consent in 2026, make the final investment decision in 2028 and start production in 2030,” says Gjertsen.

MINIMIZED PROJECT AREA
Wind turbines naturally create turbulence as they literally extract energy out of thin air. Still, this is nothing compared with the turbulence created by wind energy protesters in recent years. Based on experience from onshore wind development projects, which have drawn a lot of negative attention, Magnora Offshore Wind’s bid for a ScotWind area was very specific and limited.

“Instead of securing a larger area in which to later develop an offshore wind project, we made a defined layout. We have designed base case for where to position all the wind turbines. This also minimizes the impact of the wind farm, which is well aligned with our values,” says Gjertsen.

As a result, Magnora bid on an area of exactly 103 square kilometers.

LOCAL VALUE CREATION
Another learning point from Magnora’s successful bid in Scotland is to produce a credible plan for how to develop and build the wind farm, including local value creation.

“It all started with an evaluation of what is best for our project. We identified capable yards, transportation routes, technological solutions, and – of course – we estimated costs. We realized that we would be better off to minimize transport of wind turbine foundations, to select a Scottish yard, and to go for concrete foundations. Based on this framework we believe were able to present a credible plan for how to develop and execute the project. Moreover, we also emphasized the importance of and our dependence on local suppliers,” explains Gjertsen.

Even though local content may not be a criterion in a bidding process, it is likely to influence the deciding bodies.

PREPARING NEW BIDS
In the upcoming Norwegian licensing round, Magnora Offshore Wind plans to bid on Utsira Nord area, which will require floating technology. The company is likely to refrain from bidding on Sørlige Nordsjø, which is suitable for bottom-fixed solutions. Magnora Offshore Wind has also entered into a partnership to bid on licenses in the Celtic Sea.

“That was one of the top conferences we attended last year. It was very useful to present Magnora Offshore Wind, to follow the other presentations, and to interact with a large group of people present. I made several new and valuable connections,” says Gjertsen.

Co-owner Magnora holds a strategic position within the renewable energy sector as an owner in offshore wind, onshore wind, and solar development projects and is a key enabler in solar energy technologies.

Since 2021 the team has worked on the ScotWind application, preparing for the Norwegian offshore renewables round, and exploring other potential markets – all led by Kristin Gjertsen.

Gjertsen is an experienced executive with expertise in project management, strategy & field development, offshore licensing processes and turnaround management. Her industrial background is mainly in Oil & Energy but she has also experience from several other industries, such as Software and Online Businesses, Aluminium, Agribusiness, Shipping and Retail Markets.​

During her more than 25-years career, Gjertsen has worked with Exxon, Accenture, Saga/Hydro/Equinor, Microsoft and Aker. She has also served on the boards of several companies within shipping, rig services and oil & energy.