Met with CEOs of HMH and NOV 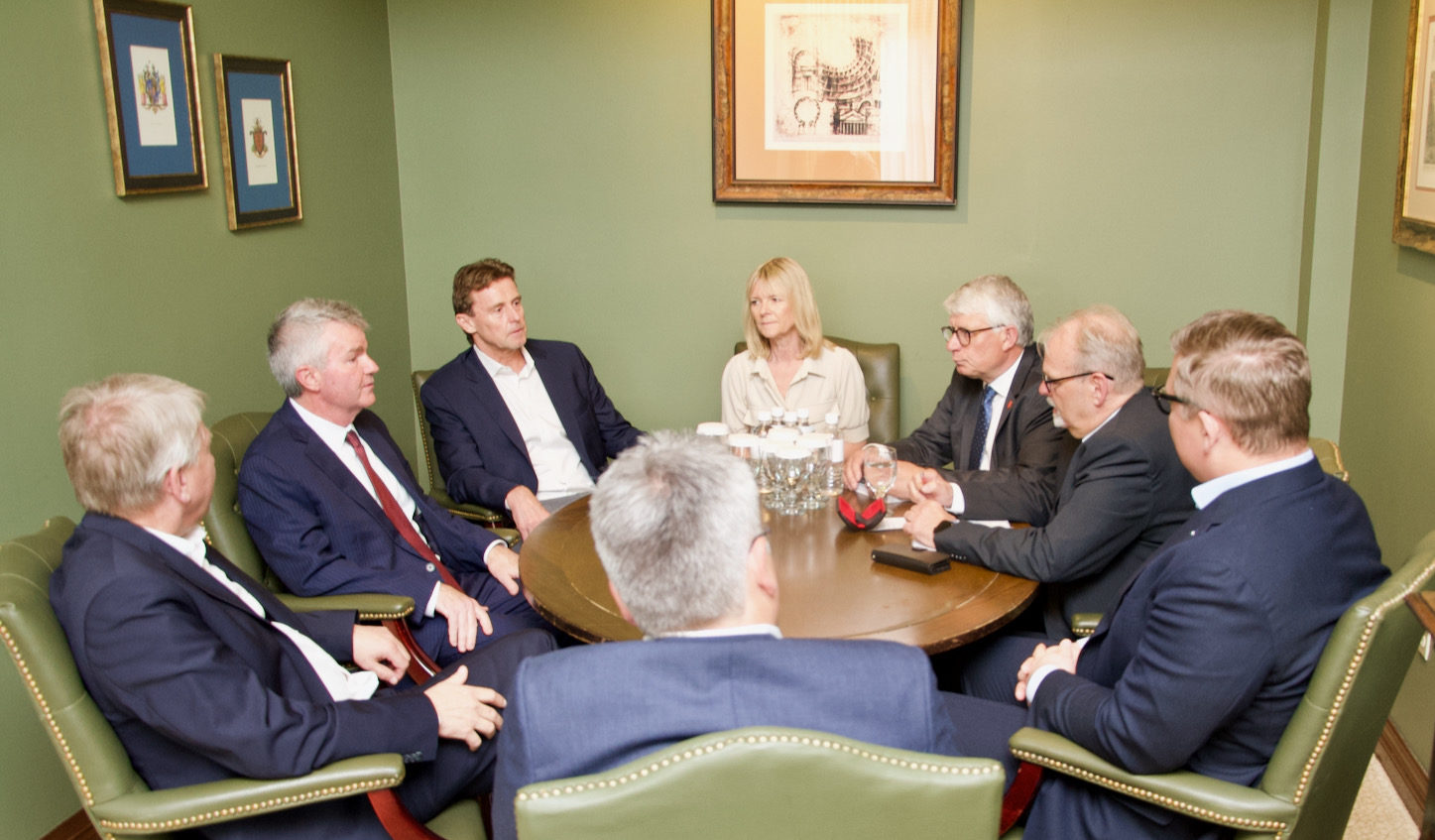 CEOs of HMH and National Oilwell Varco had only one request when they met with the political leadership of Agder County and Kristiansand Municipality in Houston last weekend: More flights in and out of Kristiansand.

Arne Thomassen, County Mayor of Agder and Erik Rostoft, Deputy Mayor of Kristiansand Municipality, met with the Chief Executive Officers of two of the largest companies in Kristiansand over the weekend.

“NOV and HMH are of course tremendously important companies for Kristiansand and the Agder region. The direct employment effect and ripples effect should not be underestimated,” says Erik Rostoft.

In preparation for attending the Offshore Technology Conference (OTC) in Houston, Rostoft and Thomassen spent parts of the weekend taking meetings with the Houston-based CEOs.

“We are in a transition to renewables, but the oil and gas industry is of course still very important to our region, and it will remain important for a long, long time. I think we see this even more clearly now, considering the conflict in Ukraine,” says Thomassen.

In addition to presenting strategies for the development of the region and the city, including the vision for building an ‘electric region’ and a ‘battery coast’, the political delegation had one key question for the CEOs: “What can we do to support your business?”

Based on the answers, both NOV and HMH seem to be well situated and pleased with the current state-of-affairs in Kristiansand and Agder. Clay Williams had no specific requests for the Agder delegation, and Pete Miller’s only request was more international flights, primarily to and from Amsterdam.

“We will be travelling a lot more going forward. If there is one thing Covid taught us, it is that you can Zoom as much as you want, but getting in the same room is vital for doing business,” says Miller.

Both CEOs were thankful for the politicians taking the time to travel to Houston and to meet with them.

“It makes me feel good to see the leaders of Kristiansand and Agder care about what we do. I hope you will see a lot of good things from us in the next two years,” said Miller.

Added Williams: “Southern Norway is such a crucial part of our operations. We really appreciate the relationship with the city, the region, the university and the local communities.”