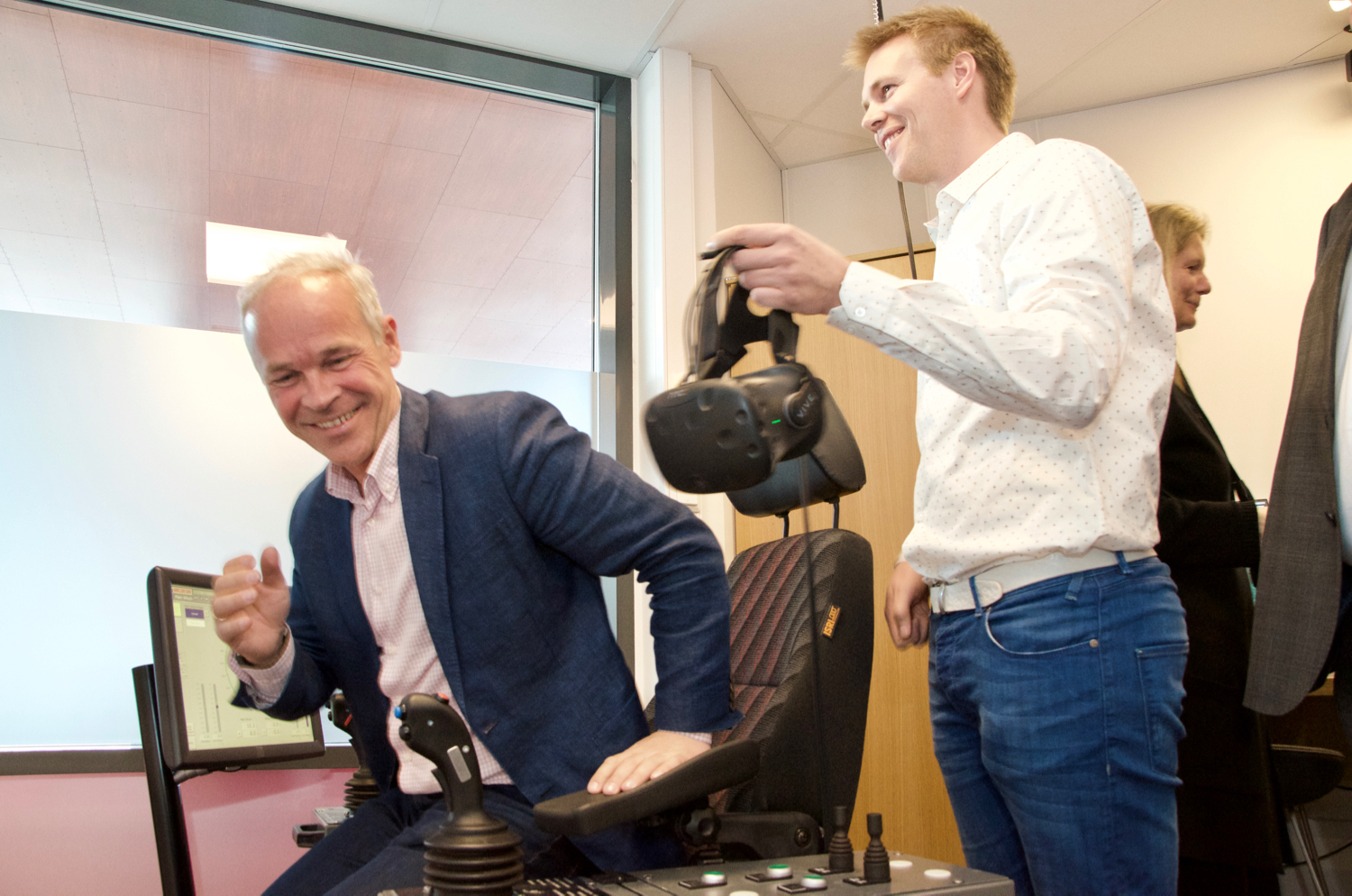 Minister of Local Government and Modernization, Jan Tore Sanner, tried out as a crane operator at MacGregor in Arendal Thursday.

Minister Jan Tore Sanner was impressed by MacGregor’s virtual reality training facility, but even more by the company’s ability to innovate and explore new markets.

“This is exactly what we need from our technology-based companies: To explore how existing technology can be utilized in new markets,” said Sanner.

The Minister of Local Government and Modernization had just learned how MacGregor successfully has entered new markets, such as offshore wind and deep sea mining, with technology originally developed for the oil and gas industry.

“I am impressed by how MacGregor, as a traditional industrial company, has been able to innovate and transfer existing competence to new markets. As a result, MacGregor has expanded its industrial base and secured jobs that would otherwise have been lost,” said Sanner.

He visited Arendal Thursday, as part of his 2017 technology tour, highlighting smart use of technology, entrepreneurship and transformation throughout Norway. He spent the day in Kristiansand, Grimstad and Arendal.

In Arendal, Sanner was given a presentation by Director of Digitalization at MacGregor Group, Håkon Jørgensen, who said the company uses digitalization as a tool to create value for MacGregor and its customers.

“Our goal is to generate 40 per cent of our sales from services and software by 2020,” said Jørgensen.

After the presentations, Sanner was escorted to the training facility and showroom, which consists primarily of a computer and virtual reality (VR) glasses. Assisted by the glasses and MacGregor’s state-of-the-art technology, Sanner “took a walk” on a supertanker and tried out as a crane operator, with limited success.

While wearing the VR glasses, Sanner uttered a distinct “wow”, which is probably the most common statement made by first time visitors to MacGregor’s training facility.