Minister of Digitalization impressed by MIL 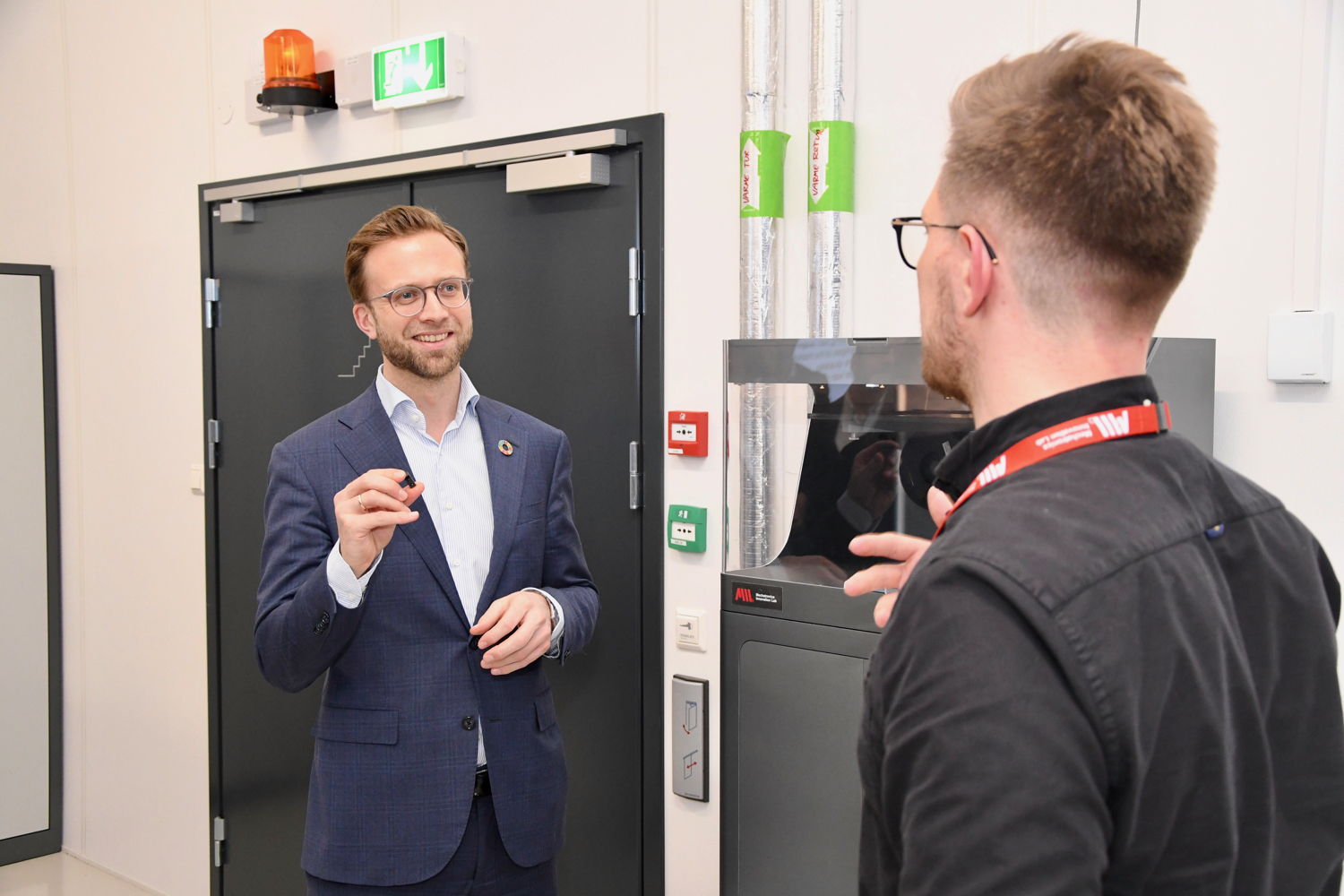 On Tuesday afternoon, Astrup spent 90 minutes at the Mechatronics Innovation Lab – a national pilot and test lab located adjacent to the University of Agder in Grimstad.

“We are pleased to welcome the most important minister in Norway,” said Svein-Inge Ringstad, Project Manager at MIL.

Astrup was given the grand tour of the state-of-the-art facility, which comprises a variety of technologies and has industrial equipment worth more than MNOK 50.

“We are currently working on a strategy for digitalization of the public sector and another strategy for artificial intelligence. Thus, it is important to visit facilities such as MIL. I am glad to see the lab, to which the government contributed with MNOK 100 for equipment, is in full use,” says Astrup.

Prior to the grand tour, Astrup was given presentations by MIL and GCE NODE. CEO of GCE NODE, Anne-Grete Ellingsen, stressed the importance of interoperability, that is the ability to communicate across digital platforms.

“Digitalization is currently the biggest buzzword, and most people seem to agree that every business should have a separate digitalization strategy. We disagree. We would rather see companies adopt a business strategy which implements digital technologies as a driving force,” said Ellingsen.

She asked Astrup to support the Digital Innovation Hub for Ocean Technologies in Kristiansand, which is the first of its kind recognized by the European Union.

2 OUT OF 10
According to Ringstad and MIL, Astrup has a lot of work to do.

“On the international digitalization scale, Norway scores 2 out of 10 points. For every 10,000 workers in Norway, we have 56 robots. The world average is 85, the European average is 105 and South Korea has more than 700,” said Ringstad.

Nikolai Astrup spent the whole day in the Agder region, visiting the National Communications Authority in Lillesand and the University of Agder in Grimstad.