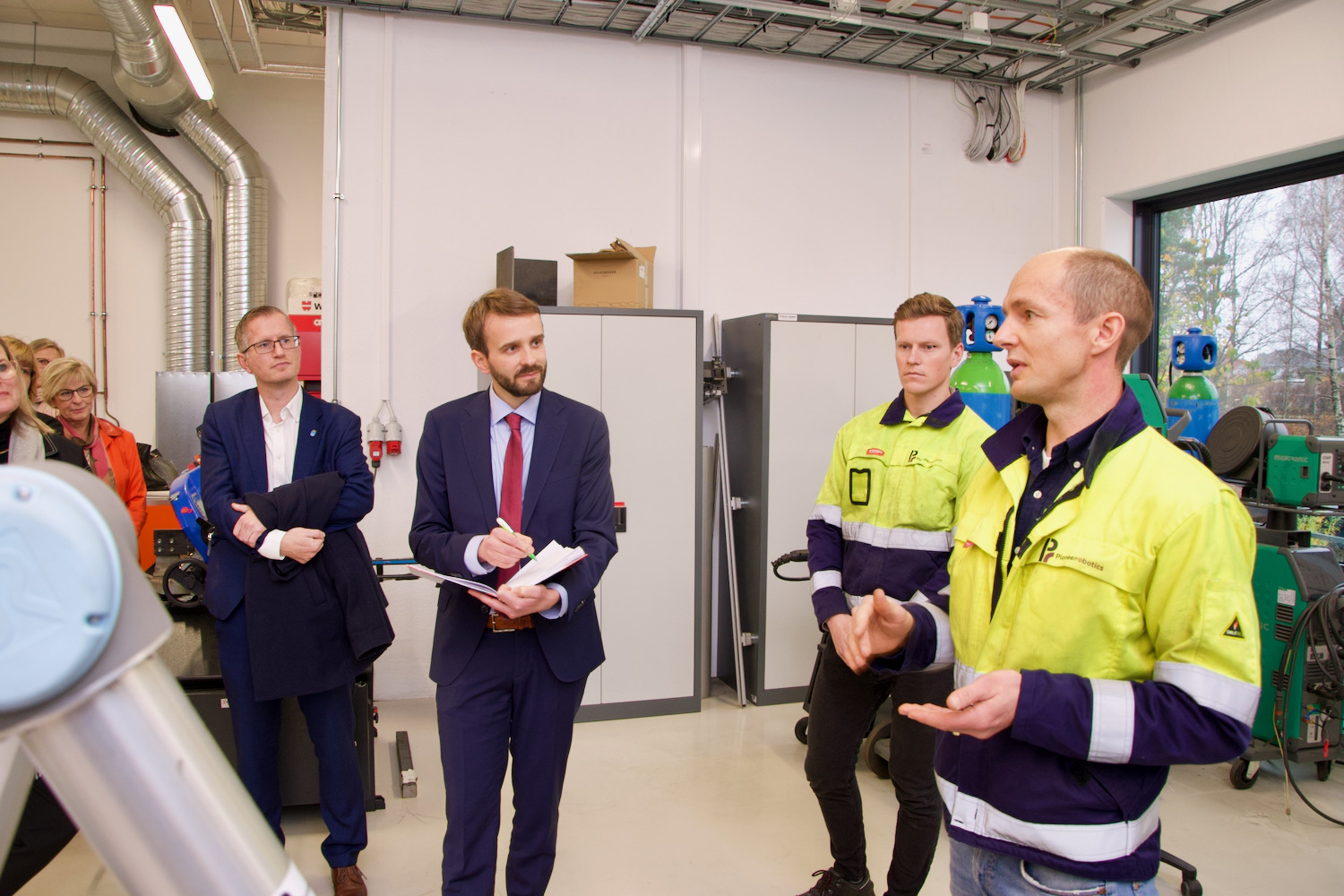 "You embody the green transition! This is exactly what we need!"

Minister of Trade and Industry, Jan Christian Vestre (Labour Party) was all fired up after a presentation at MacGregor Norway’s headquarters in Arendal Monday. He was told the story of a company that traditionally has supplied the oil and gas industry with giant cranes and mooring systems, but more recently has found large revenue streams in renewables.

The newly appointed Minister, who has an industry background, was eager to listen and keen to ask questions.

“Is the renewable industry as profitable as oil and gas? How can the government contribute to job creation in the private sector and reduce onshore emissions?”

Addressing the first question, Vice President Offshore Energy Solutions at MacGregor, Tor Eide replied that renewables are currently not as profitable as the oil and gas industry, but that they will be further down the road.

Ann Marchioro, Project Manager at GCE NODE gave a presentation of the cluster and how it works to support the offshore and maritime industries in the Agder region.

“In 2013 we developed a strategy to increase competitiveness in existing markets and transfer technology and competence to new markets. Our main focus was on digitalization and offshore wind, which we have pushed hard for a number of years already,” said Marchioro.

After a quick photo shoot, the Minister rushed on to meet more Agder companies. During the two-day visit, Vestre had scheduled some 40+ meetings.

We caught up with him at Mechatronics Innovation Lab in Grimstad later the same day. During a 70-minute visit, Vestre toured MIL and was given presentations from GCE NODE companies Pioneer Robotics and HMH, among others.

“I am here to listen, and I appreciate all input. I am here to learn what works – and to make sure we do more of that!” said Vestre.