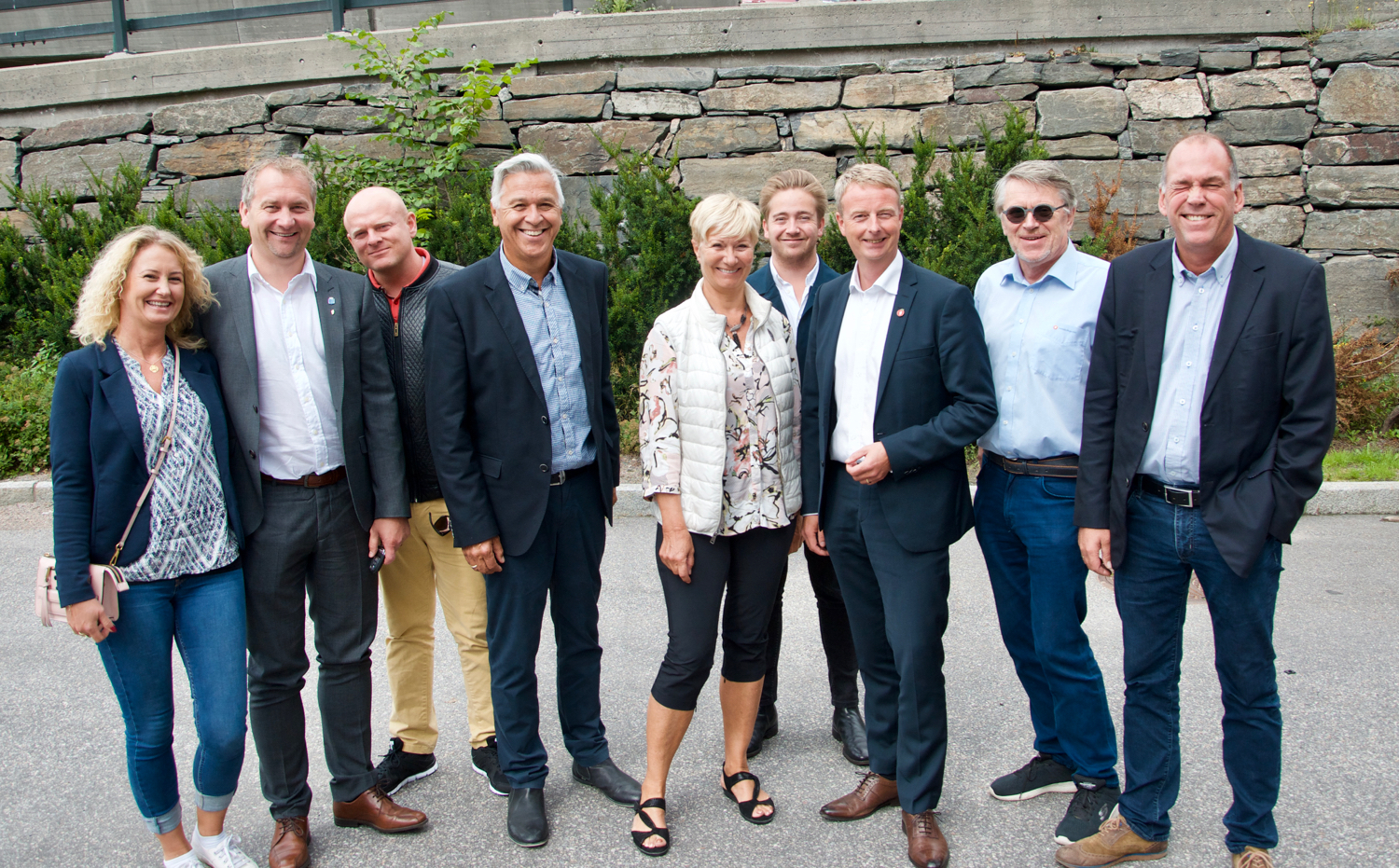 Minister of Petroleum and Energy, Terje Søviknes, praised GCE NODE for making sense of the ultimate buzzword these days: Digitalization.

”This is the first time I have heard someone pinpoint what digitalization represents not only for an industry, but for a single company. In my seven months travelling Norway, I have not come across a more comprehensive approach to this subject matter,” said Søviknes.

The Minister of Petroleum and Energy visited GCE NODE’s offices in Kristiansand, along with several regional politicians from his own party. The delegation was hosted by CEO of GCE NODE Anne-Grete Ellingsen and also met CEO of Air Products Tom Cantero and CEO of Stimline Tom Fedog.

Ellingsen provided insight in GCE NODE and the cluster’s efforts to maintain competitiveness in existing markets and explore how to extend existing technology to new markets. Søviknes showed special interest in digitalization and deep sea mining.

“We are putting together a framework for deep sea mining on the Norwegian Continental Shelf. Minerals will be in demand. Offshore and drilling competence make us well suited to enter this market,” says Søviknes.

He was impressed by presentations by Tom Cantero, who talked about Air Products’ breakthrough technology for carbon capture, and Tom Fedog’s take on the world-class competence in the Agder region and global market outlook.