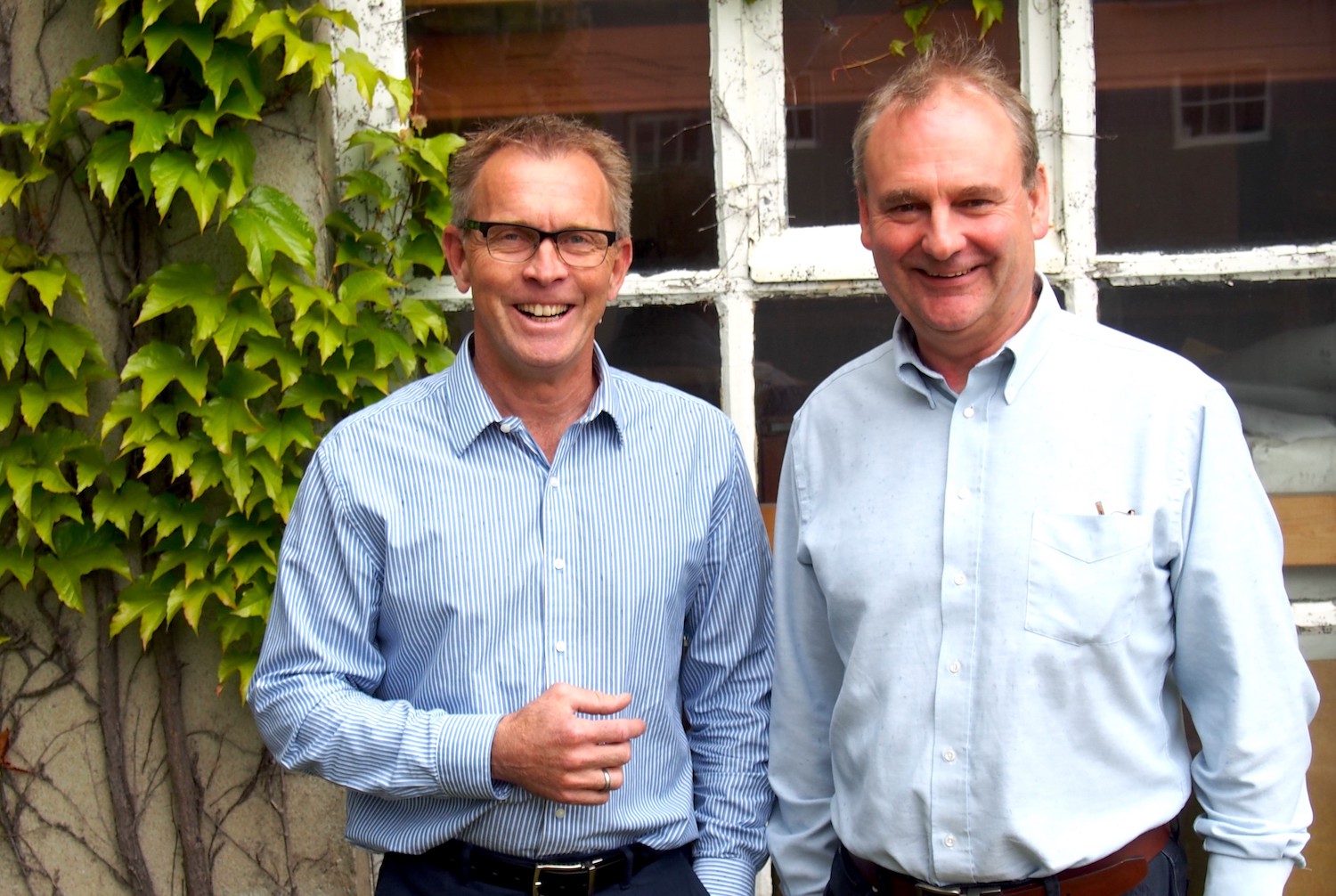 As of July 1, Knut Mjåland (left) will replace Roy Rødningen as CEO of Mandals.

«I feel very fortunate to have had the opportunity to work for one of Norway’s oldest industrial companies. Mandals is a local company with a global mindset and a global market. I have learned to know a competent group of proud employees. I am saddened to leave such a great company,” says Roy Rødningen.

Rødningen’s two years as CEO seems like a blink of an eye in a company established as far back as 1775. Mandals is proud of its history. Rødningen’s office walls are filled with historic images of lay flat hoses, produced for various purposes.

“We supply a number of industries, such as agriculture, oil & gas, mining and various types of industrial plants. 95 percent of what we produce is exported. In addition, we are the world leader for production of advanced looms, that is machines used for making hoses. We also sell these looms to our competitors, which some might find somewhat strange,” says Rødningen.

Mandals’ signature lay flat hoses are low weight and easy to use and re-use. Furthermore, the hoses can withstand all kinds of stresses in the form of pressure, tension, temperature and other wear.

Rødningen has spent his time well at the Michelin-owned Mandals.

“We have turned things around. Two years ago, we had to rethink ourselves and our business. Innovation and adjusting to a new market situation have been key for us. And we have been successful. Sales have increased by MNOK 120 over the past two years, and in 2018 we delivered a surplus, says Rødningen.

Systematic building of competence is one of the measures that has been implemented. A majority of production workers were unskilled, but have now been given the opportunity to earn a trade certificate in production technology.

“A trade certificate is clearly a great motivation for our employees. Moreover, increasing competence has been necessary for us to succeed in other areas, such as automation and digitization,” says Rødningen.

Production runs more fluently now, he points out. Scrap has been reduced to a fraction of what it used to be, and the share of hoses made flawlessly at the first attempt is at an impressive 99 per cent.

“Efficiency has increased a lot, and even though we are a company with a lot of manual and heavy work, short-term absence has been reduced from a two-digit figure to one per cent! That is exceptional for a company like Mandals, and it is a great credit to our staff,” says Rødningen.

MJÅLAND TO TAKE OVER
Having spent two years commuting from home county Vestfold, Rødningen has now accepted new challenges closer to home, at Brevik Engineering. He will be replaced by Knut Mjåland, Sales and Marketing director at Mandals.

Mjåland joined the lay flat hose manufacturer only 18 months ago, following 20 years at Aker. As the new CEO, Mjåland will implement several efficiency measures that are already underway and that are said to have a significant impact on profitability.

“The Chinese represent a formidable challenge to our business. They copy everything we do. Innovation and development of material technology and new products within a more advanced segment is a must for us – if we want to live to be 250 years old. Deep sea mining and pipe rehabilitation require products with high burst pressure, high temperature and high chemical resistance. We have the competence to produce such world-class hoses,” says Mjåland.

Only a few months ago, a research team from the National Institute of Ocean Technology in India proved his point. Having searched the globe for super-reinforced lay flat hoses, the research team bought Mandals’ kevlar-reinforced hoses because, as they said, “they are the only hoses on the market that can solve our problems”.

INCREASED INTERACTION
Mjåland will also replace Rødningen on GCE NODE’s Board of Directors. Mjåland has served on the board before, as a MHWirth representative. He believes that it is important for Mandals to be a member of GCE NODE to make an impact, and that the business cluster is an important catalyst for future-oriented interaction in the region.

“NODE is an important instrument for increased interaction between companies, academia and the public sector. As a result, competence in the Agder region is stronger and more relevant for supporting the leading industries. NODE has been key in making policy makers understand our industry and our needs,” says Mjåland.

“NODE has also been instrumental in cross-over technologies, that is how competence and technology from oil & gas can be utilized in industries such as aquaculture, offshore wind and other ocean-based industries,” says Mjåland.