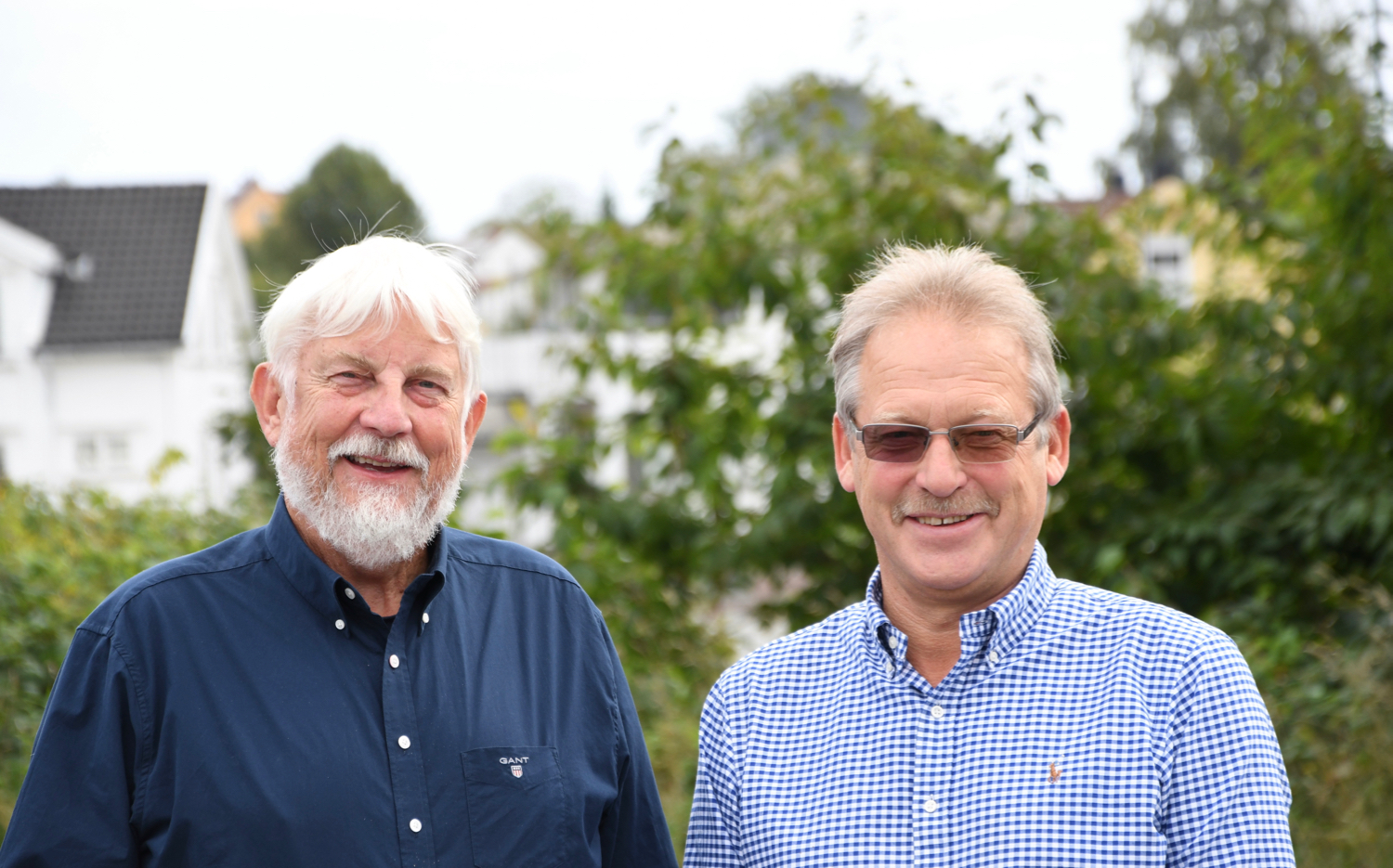 Chairman of the Board of Maritime Forum South, Helge Grobæk (left), is pleased to have Bjørn Saltermark join MFS as General Manager from September 1, 2017. ”He is perfect for this job,” says Grobæk.

Bjørn Saltermark takes over as General Manager of Maritime Forum South (MFS). Helge Grobæk continues as Chairman of the Board.

Saltermark will function as MFS General Manager as part of his full-time employment as Project Manager at GCE NODE.

“We are pleased to have reached this agreement with Saltermark and NODE. MFS will still be a stand-alone member organization for the maritime industry in Agder, but we will continue to explore synergies and further cooperation with GCE NODE and its participating companies. This is in the best interest of all parties,” says Helge Grobæk.

For the last 20 years, Grobæk has served as General Manager of MFS. He has also been Chairman of the Board. As of September 1, the responsibility of GM is passed on to Bjørn Saltermark, a long time board member of MFS and founder of the ERFA Network, in which many MFS companies, as well as NODE companies, have participated.

“I look forward to taking a more active role in Maritime Forum South. I know the MFS companies well and I am keen on developing the organization and cooperation with GCE NODE on various matters and in various projects. Digitalization and autonomous vessels are two examples of areas where we have similar interests,” says Saltermark.

MFS has approximately 30 members, mostly suppliers to the maritime industry and ship-owners in Aust-Agder and Vest-Agder Counties. GCE NODE has 83 participants in the same region. A number of Agder companies are part of both MFS and NODE.

“Raised awareness of opportunities in the Ocean Space will build more bridges and partnerships between the oil and gas and maritime sectors in years to come,” says Grobæk. He will remain Chairman for a board that will also include Anne-Grete Ellingsen, CEO of GCE NODE.

“There are numerous opportunities for GCE NODE and Maritime Forum South to cooperate. We look forward to exploring them,” says Ellingsen.