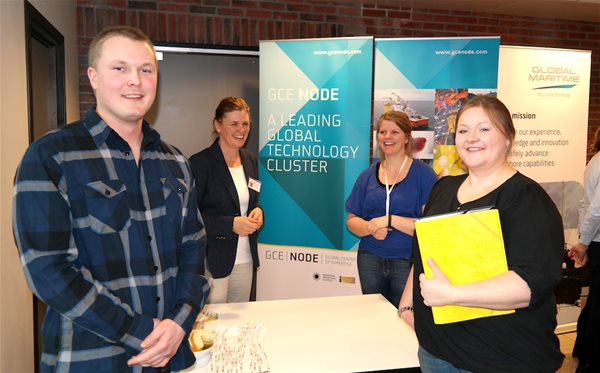 What is a cluster? And are there any jobs available? asked students who visited NODE’s stand at Karrieredagen (Career Day) at the University of Agder.

– Students showed a lot of interest in NODE. For jobs, we referred them to other stands were NODE-companies could give them better answers, says Administrative Coordinator Bente Løvaas in GCE NODE.