– NODE represents a great transformation of an entire region 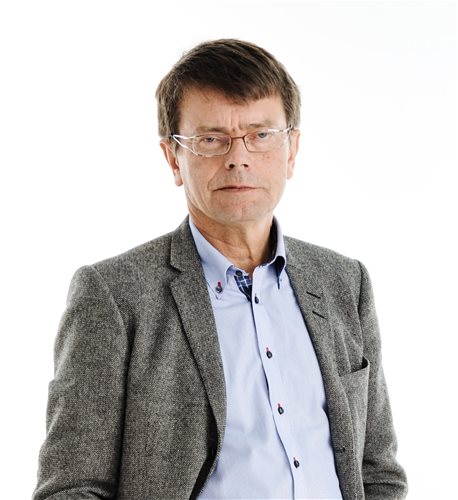 The godfather of Norwegian clusters, Torger Reve, is glad to see NODE as a Global Center of Expertise.

– I was not surprised when NODE was given status as a GCE, nor when NODE and the University of Agder were awarded a Center for Offshore Mechatronics. Both are in line with my recommendations based on research on clusters, says Reve, Wilh Wilhelmsen Professor in Strategy and Industrial Competitiveness at BI Norwegian Business School .

– We saw that a few clusters, in Kristiansand, Ålesund and Kongsberg, had an international dimension, which was not covered by the current cluster program. This led us to suggest the introduction of a new level – we labeled it Global Center of Expertise – to cater the needs of the most globally focused clusters, says Reve.

Within a year after his book was published, the idea was carried out. Applications for the GCE-level were accepted and in June 2014, NODE and Blue Maritime were promoted to this new level of business clusters.

In his book, Reve also argued that public funding should be funneled to a few rather then spread out to many.

– The effect – what we as a society get in return from our investments – is greater if we reinforce already strong entities. Research suggests that Centers for Research-based Innovation, and other public measures to support business, should be given to our strongest clusters. Therefore, I am happy to see that both GCE NODE and GCE Blue Maritime received such centers. This is textbook stuff, says Reve.

Now, the professor expects good results from the GCEs.

– NODE companies will be measured by how they are able to adjust to a changing market. Lower oil prices will affect many companies as projects are postponed or cancelled. The technology cluster must expand the industrial base from drilling and cranes to other market areas. Innovation is key, says Reve.

– The cluster should connect with leading global universities and research institutions in Houston, Rio and other areas of the world. Companies should also cooperate more internationally. Whenever I talk to representatives for NODE companies in Singapore, it is clear that the idea of a cluster is much stronger in Agder then abroad, says Reve.

He has followed the development of the oil and gas industry in Agder for three decades.

– NODE represents a great transformation of an entire region. Agder has grown a group of companies that have made a big impression on the global scene. Nobody would have been surprised to see this happen in Stavanger. But to see it happen in and around Kristiansand – and to see this cluster surpass Stavanger, and even Houston, in certain areas, is both surprising and impressive, says Reve.

– Most of the work is of course done in the companies. The cluster organization should only facilitate the development and play a role in strengthening the companies, says Reve.