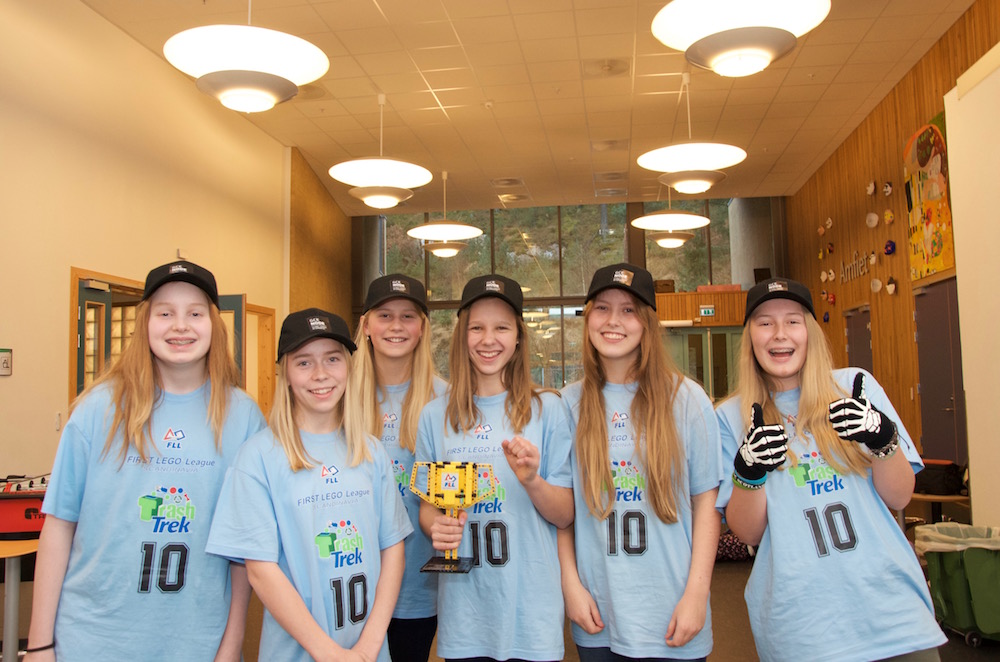 Six girls from Kristiansand will be competing in the Scandinavian final of First Lego League this weekend. Their main sponsor: GCE NODE.

“We are very excited and well prepared. We have been practicing four or five times a week since we qualified in a regional championship three weeks ago”, says Thea Dahl (13).

The six girls attending Torridal middle school cruised through the regional finals in impressive style, outperforming 27 other teams. In the Scandinavian final in Mo i Rana they need to step up their game, as they meet 47 teams from Norway, Sweden, Denmark and The Faroe Islands.

“The judges in the regional final gave us specific things to work on. I am confident we will score higher in Mo i Rana”, says Malin Flaaten Hansen (13).

First Lego League is a competition for children aged 10 to 16. The aim is to spur interest for science and technology and to stimulate today’s youth to become tomorrow’s engineers and scientists.

The different teams work out solutions to the various problems they are given and then meet for tournaments to share knowledge, compare ideas, and display their robots. The robotics part of the competition revolves around designing and programming Lego robots to complete tasks.

More than 25,000 teams from approximately 80 countries are taking part in First Lego League. This year’s challenge is called Trash Trek and focuses on better ways to manage our trash.

“At GCE NODE we are glad to see and support young girls with a particular interest in technology. We wish them all the best in the final. I am sure they will do well”, says Anne-Grete Ellingsen, CEO of GCE NODE.