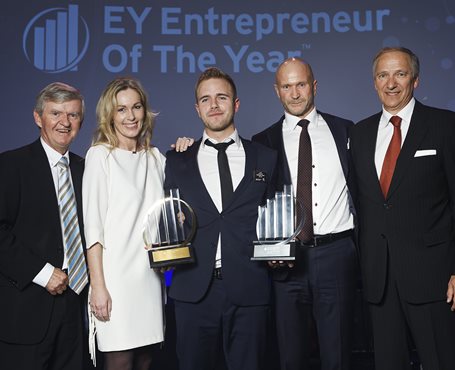 CEO and founder of Norsafe, Geir Skaala, is the Ernst and Young’s Norwegian Entrepreneur of the Year.

Based on his commitment to employees, the company and the industry, Skaala was first selected from a group of 320 candidates in the Agder region. This week, in the Norwegian final in Oslo, Skaala was annonced as the winner of the 13 regional winners

The jury says: “Through conscious priorities and strategic choices, Geir Skaala has developed Norsafe to become the world’s largest in its industry. Innovative and technically advanced products to suit the market at any given time, has been the key to success. As an initiator of growth he has created an internal winning culture in a highly innovative business that is well positioned for further growth.”

The jury required that the winning company had demonstrated significant revenue growth, profit growth and equity, as well as growth in the number of employees. Norsafe, based at Tromøy in Arendal, is the world’s largest manufacturer of lifeboats and is a major producer of free-fall lifeboats and fast rescue boats. The family-owned business is now also focusing on the production of military and professional boats.

Geir Skaala has been in the lifeboat business his whole life and has built Norsafe into the company it is today since its establishment in 1987.

Skaala will now represent Norway in the international final in Monaco next summer, where one international winner will be chosen out of over 60 nations. EY Entrepreneur of the Year is the world’s most prestigious business award for entrepreneurs.