– Norway should be proud of NODE 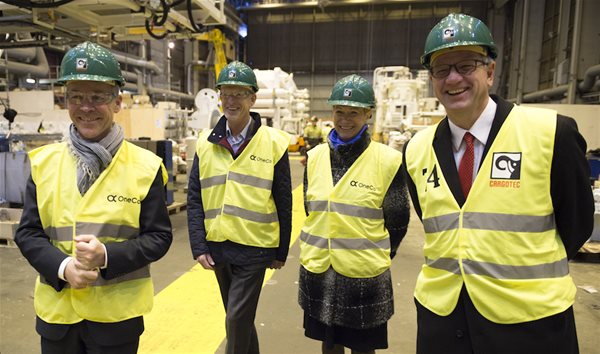 - NODE is a world-class technology cluster of which Norway should be very proud, says Jan Tore Sanner, Minister of Local Government and Modernization.

– NODE creates value through continuous innovation and by being a market leader. I am impressed by how the cluster companies combine collaboration and competition, says Sanner.

He has visited NODE on several prior occasions. On Tuesday, he met with Leif Haukom from MacGregor, Tom Fidjeland from Cameron and Anne-Grete Ellingsen from GCE NODE. The meeting took place on Andøya in Kristiansand, where the two companies are located.

The minister received a short presentation of the companies and the cluster before a guided tour of the area.

Ellingsen took the opportunity to talk about the importance of the pilot test lab, Mechatronic Innovation Lab, which still wants money in the national budget.

– I had never heard of the lab before, but I understand it is important for the industry and that NODE-companies have already put a lot of money on the table to get the lab built. I know that NODE carefully follows news from the Parliament about the budget. And I must admit, these days so do I, Sanner says with a smile.