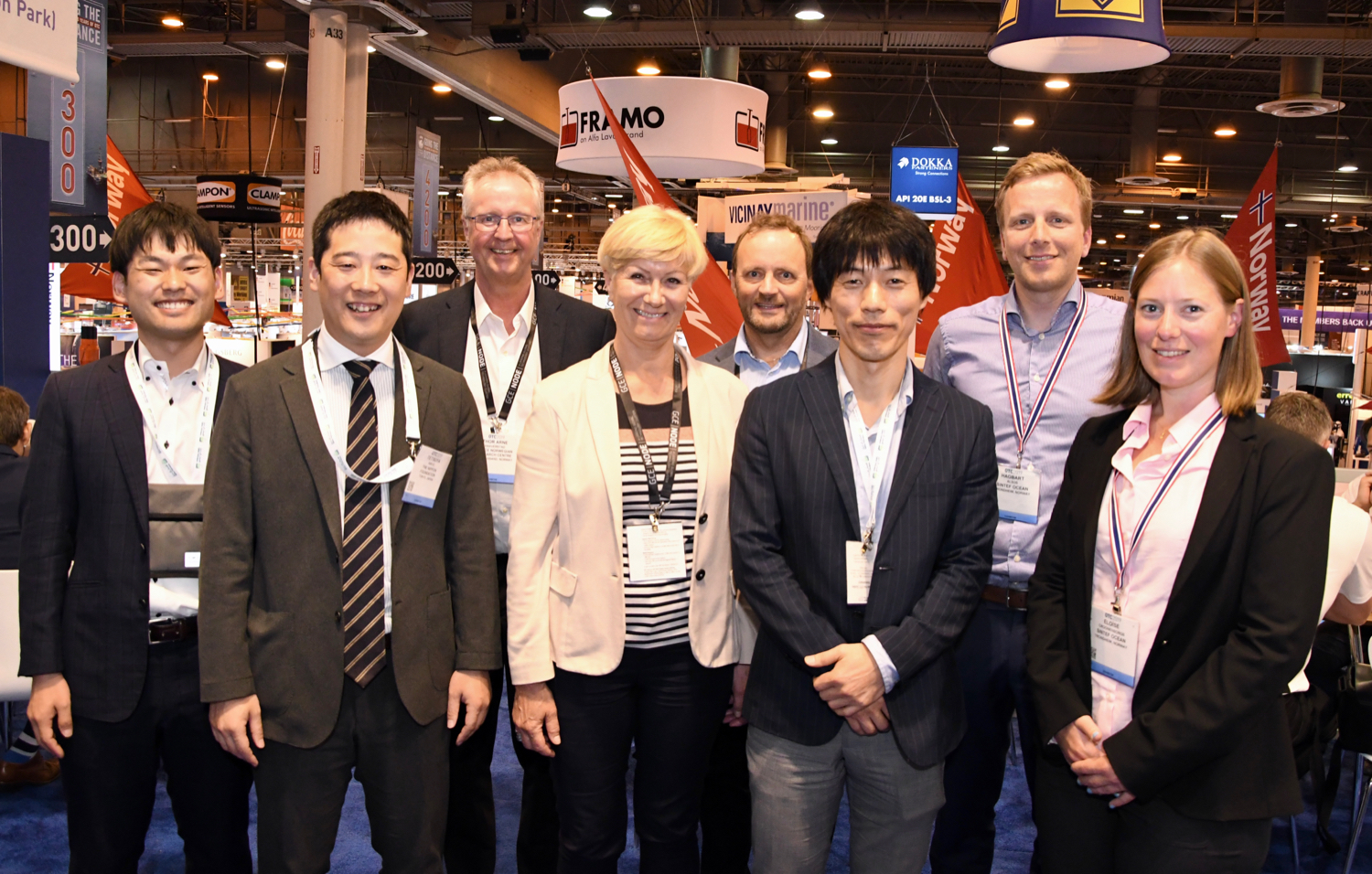 Offshore wind is top of the agenda for a joint research effort between Nippon Foundation, GCE NODE, NORCE and SINTEF.

The four parties met at the GCE NODE stand at OTC, the world’s largest offshore oil and gas expo in Houston this week. Last fall, Nippon Foundation, GCE NODE and NORCE signed an agreement to identify and initiate research projects beneficiary for both Norway and Japan.

“SINTEF, one of Europe’s largest independent research organizations, has a similar agreement with Nippon Foundation, and the latter expressed a wish to coordinate efforts on the Norwegian side. This is what we did at OTC,” explains Anne-Grete Ellingsen, CEO of GCE NODE.

Japan is eager to participate in floating wind projects as the Japanese continental shelf is too deep for fixed installations.

“We will pay special attention to any calls from Innovation Norway and The Research Council of Norway for new projects that are of interest for both countries. We are pleased to join forces with both NORCE and SINTEF in this venture,” says Ellingsen.

The four parties also agreed to put offshore wind on the agenda for Arendalsuka. Nippon Foundation took part in Arendalsuka and the opening of Mechatronics Innovation Lab in Grimstad two years ago, and will return to Arendalsuka this August.