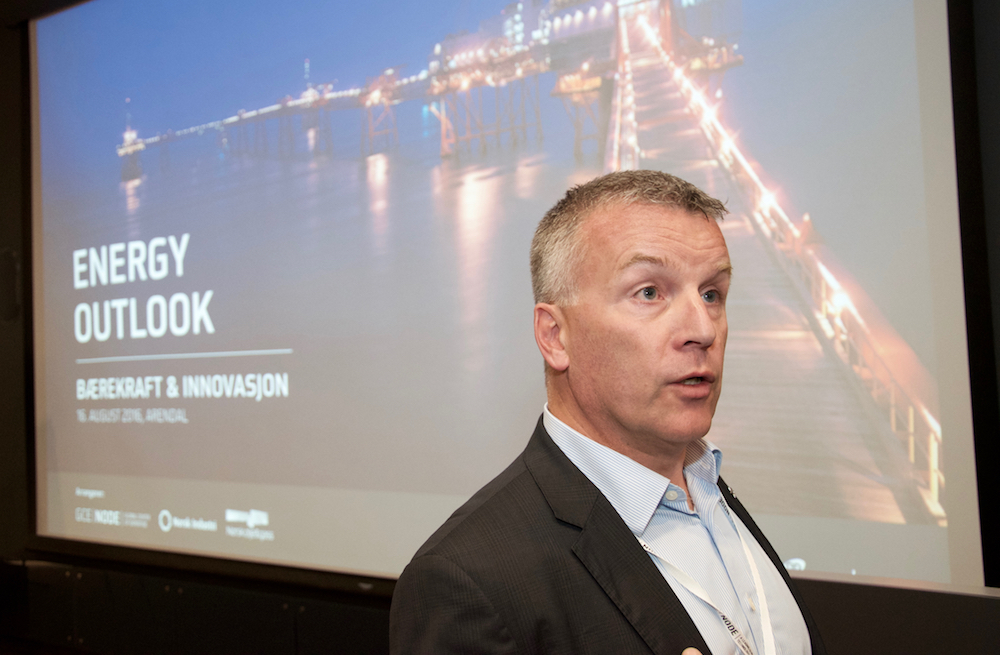 “There are some serious challenges facing our industry, but oil and gas will definitely play a major role in the future”, says Eirik Wærness, Chief Economist at Statoil.

He gave an insightful talk at Energy Outlook in Arendal Tuesday, a talk that was, not surprisingly, full of numbers.

Wærness explained how the world’s population is expected to grow, how the world’s economies will probably grow, why we expect a global increase in energy demand and how we should deal with lower production from existing fields.

And also, how we can produce clean and affordable energy for all people.

“In order to achieve an energy mix, which will support the 2 degrees climate target, renewables must grow at unprecedented rates. If that were to happen, more than half of the world’s energy consumption, probably more, would still come from oil and gas”, said Wærness.