“Oil and gas important for decades to come” 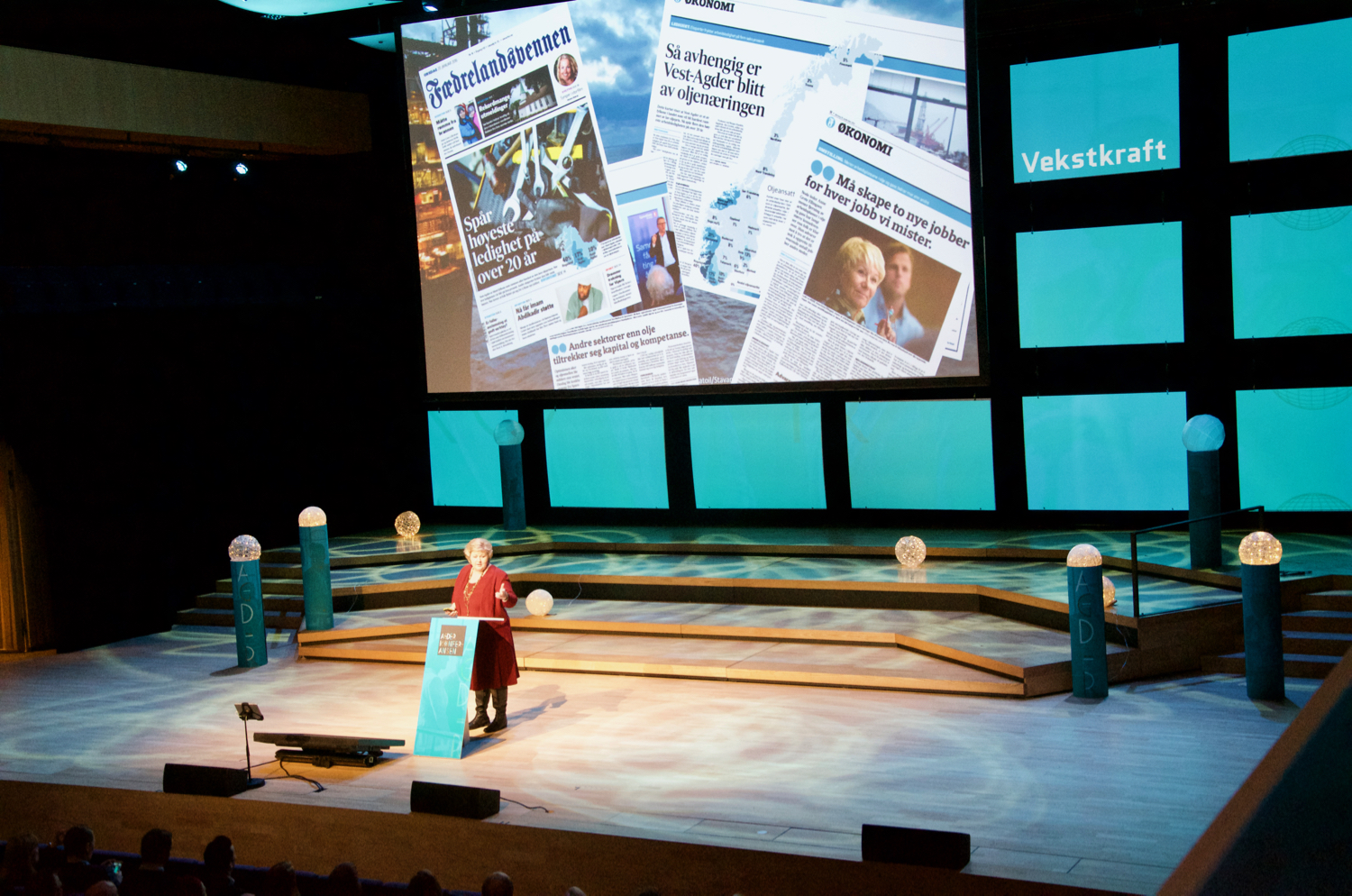 Prime Minister Erna Solberg said the oil and gas industry will be very important for Norway for decades to come.

Prime Minister Erna Solberg says the future is ‘green, smart and innovative’, and that oil and gas will be very important for Norway for decades to come.

Solberg made the statement at Tuesday’s Agder Conference in Kristiansand, attended by 500 leaders from the public and private sector.

“A move in a greener direction has to be based on profitability. It also has to be smart, because knowledge-based jobs are the only jobs that will enable us to sustain our level of welfare. We have to be innovative, but also realize that oil and gas will be very important for Norway for decades to come, even though the activity level will be lower,” said Solberg.

Frode Alfheim, Vice President of the labor organization Industri Energi, argued that Norway is the world’s cleanest producer of oil and gas, which could imply that Norway should not be the first country to reduce its production, as long as there is a global demand for oil and gas.

“Also, there are no emerging industries that can replace the enormous value creation that oil and gas represents for Norway. In 2016, which was in the middle of an industry crisis, exports of offshore technology was more than twice the size of Norwegian fish exports,” said Alfheim.

“Oil and gas will serve as an enabler for a shift to a greener future, by stabilizing the welfare system we have grown accustomed to,” said Alfheim.

A number of GCE NODE companies attended the Agder Conference. Air Products was mentioned in Prime Minister Solberg’s introductions, as she talked about carbon capture.

“Solberg confirms our belief in that we work on a very important project, which many people are interested in. We need to succeed in carbon capture to achieve our climate goals,” says Process Manager Svein Gunnar Nodeland at Air Products.

Research Manager at NIVA, Kristoffer Næs, says it is NIVA’s ambition to assist fellow NODE companies in their transition to a greener future: “We have the knowledge necessary to do so,” says Næs.

Senior Advisor Marie Borgen was inspired by road maps presented by former EU Commissioner Connie Hedegaard: “At Nymo we need to remind ourselves that even though we are primarily an oil and gas company, our collective competence could fit well with other industries. Historically, we have already made a transition from shipping to oil and gas, and there may be another transition for us down the road,” says Borgen.

CEO Jøran Bøch at Egde Consulting says the conference confirmed that digitalization and new technology are keys to a more sustainable future: “The possibilities are plentiful. Now it is up to the Agder region to grab them,” says Bøch.