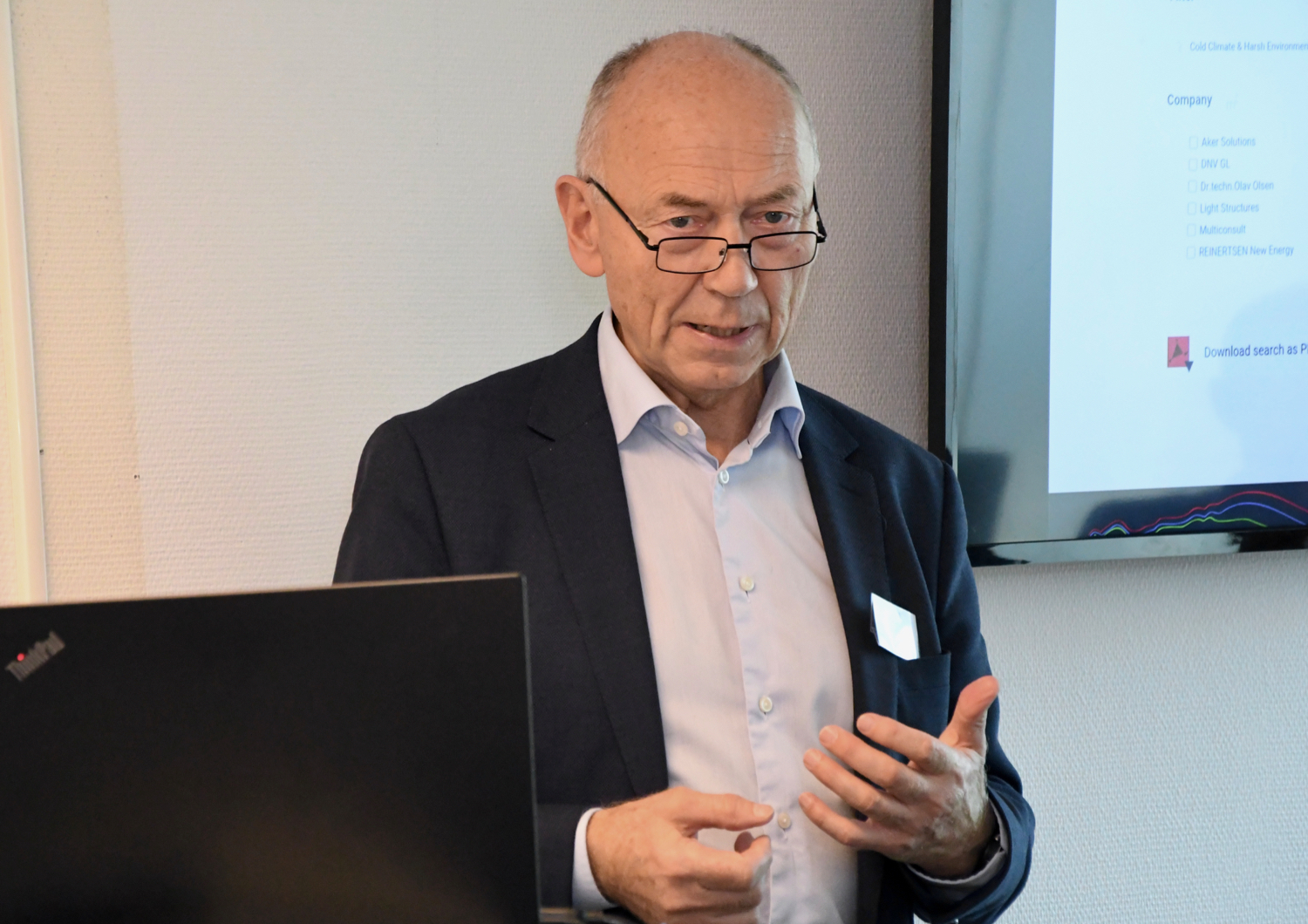 Håkon Skretting is Director at Norwegian Energy Partners for The Arctic, Canada, Kazakhstan, Mexico, Russia and the USA.

According to a new report, the international oil and gas market is expected to continue to grow in coming years.

“Oil companies’ free cash flow has improved tremendously. There is room for investments and there will be investments made. Sanctioned projects in 2019 are already higher than in 2014, and we will see a lot of new projects sanctioned in years to come,” says Håkon Skretting, Director at Norwegian Energy Partners (NORWEP).

On Friday, he travelled to Kristiansand to meet GCE NODE companies and give them insights from the latest Annual Offshore Oil & Gas Market Report 2020-2023 produced by Rystad Energy on behalf of NORWEP.

According to the report, global offshore upstream expenditure bottomed out in 2018 and will produce stable growth towards 2023, by approximately 6 per cent annually.

“When selecting the most interesting markets, suppliers should be aware of which markets are the largest. Market spending in Brazil, US Gulf of Mexico, United Kingdom and Saudi Arabia accounts for 50 per cent of total spending in the markets NORWEP follow,” says Skretting.

The extensive report predicts prices to hover between 55 and 65 dollar per barrel for the period.

“This is sufficient for sanctioning a number of new projects. Break-even prices for new developments have been reduces across all supply segments,” says Skretting.

From 2015 to 2018, break-even prices have been cut by between 15 and 44 per cent, according to Rystad Energy. Shale production has seen the greatest reduction (44 per cent), followed by other onshore (31 per cent), offshore deep-water (30 per cent) and offshore shelf (15 per cent).