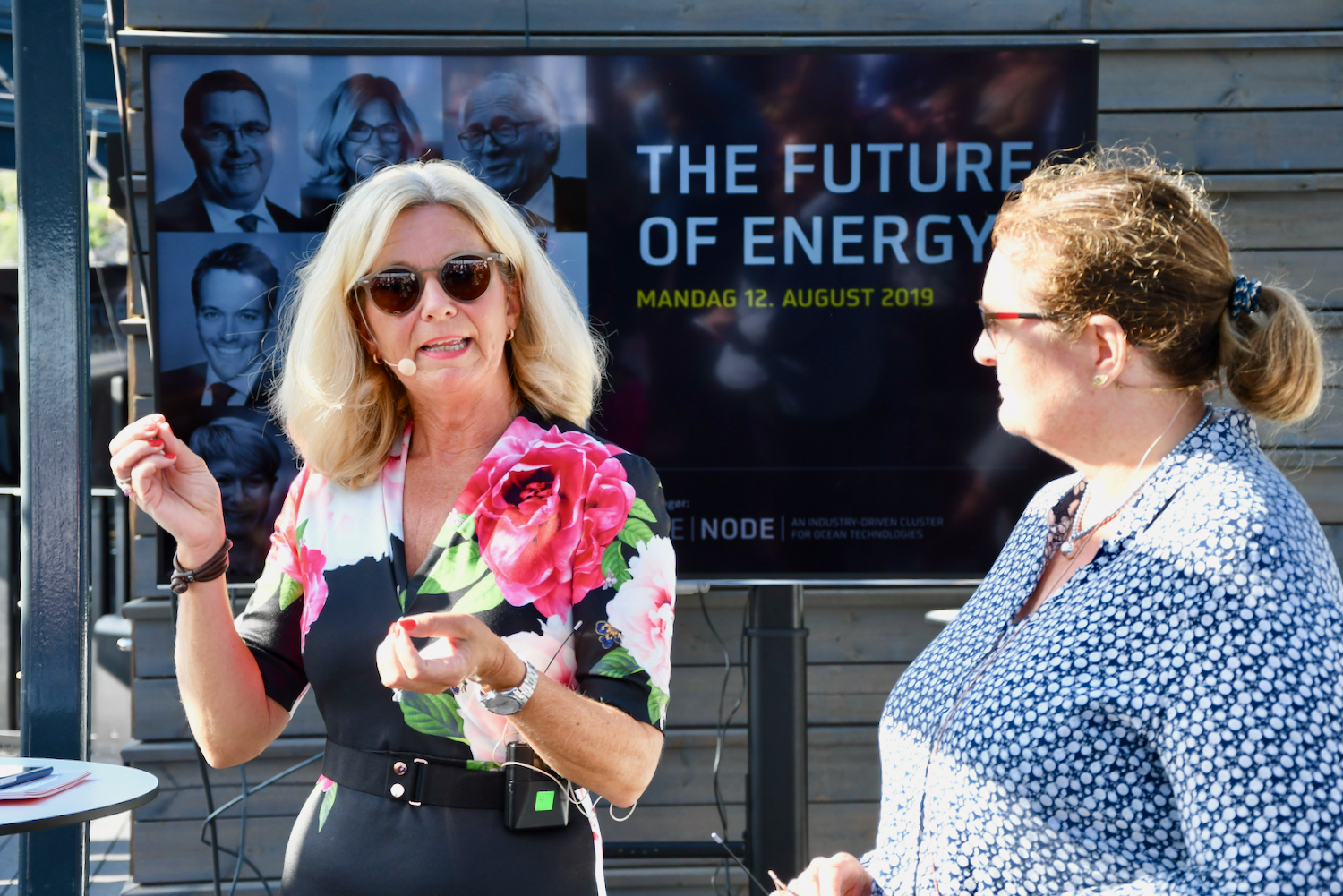 “Oil and gas will be a huge part of the future energy mix, and continued Norwegian production is in compliance with the Paris accord,” says Minister of Petroleum and Energy, Kjell-Børge Freiberg.

The future of energy was discussed in Arendal Monday, when GCE NODE opened a series of events at Arendalsuka. 150 people attended the “sold out” event on the rooftop of Arendals Fossekompani.

Minister Freiberg labelled Norway both an ‘oil and gas nation’, but also a ‘renewable nation’, referring to Norway’s 98 per cent renewable energy production, based on hydro power.

“We welcome global growth in renewables, but renewables will not meet the increased world demand for energy in the next decades. Norwegian oil and gas will be an important contribution to reduced global emission, as it replaces burning of coal,” says Freiberg.

LESS THAN TWO PER CENT

Kristin Færøvik, Managing Director of Lundin Norway, stressed that Norway’s contribution to global supply of oil and gas is less than two per cent.

“Most Norwegians seem to think we are a super power, but in fact Norway is a very small producer of oil and gas,” says Færøvik.

She continued to say that the struggle against climate change is often considered to be the most important of all UN’s 17 Sustainable Development Goals.

“There are, however, several goals that could be considered just as important for the development of a more sustainable future. Education of the world’s women could easily prove to a more effective path to improved global climate, even though that is not a predominant point-of-view in our privileged part of the world,” says Færøvik.

As Chairman of the Board of The Norwegian Oil and Gas Association, it comes as no surprise that Færøvik is an advocate for the oil and gas industry. She is, however, not the only advocate for Norwegian oil and gas.

“The world needs every drop of oil and gas produced in Norway. That is a general message from the UN Climate Panel, The International Energy Agency and the former UN General Secretary. From an international viewpoint, Norway should be among the last countries to phase out production of hydro carbons, as we produce oil and gas with less emissions that most contries,” says Færøvik.

“We should also keep in mind that the industry’s contribution to Norwegian GDP is tremendous, and that 200,000 people work in this high value creation industry,” says Færøvik.