– Oil will be back at 95 dollars by summer 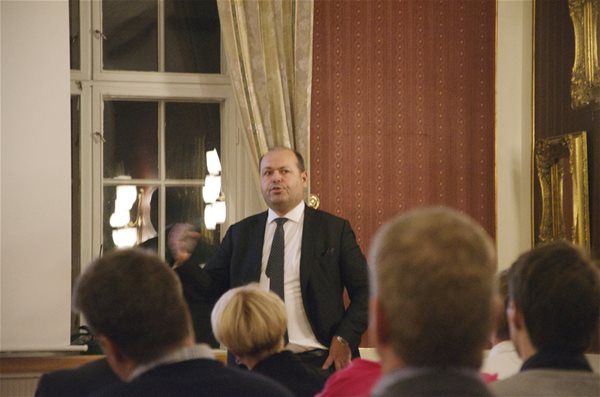 - We expect the price of oil to return to 95 dollars per barrel by next summer, said oil analyst Trond Omdal in Pareto as he addressed NODE-executives Thursday.

On a day when Brent oil traded at 79 dollar a barrel, Omdal’s analysis gave hope for those who worry for the long-term effect of lower oil prices on future investments into the oil and gas sector.

– As always, Saudi-Arabia determines the price of oil. Sure, a slowdown in the world economy impacts the price, as do increased production of tight oil in the US and higher output from Libya. But all this could easily be countered by a cut in production by Saudi-Arabia, which is what Saudi usually does when the price goes down, said Omdal.

The market expected Saudi to take action and balance the market to protect a price of 100 dollars per barrel.

– Saudi surprised the marked – twice. First, by rejecting to cut production at the end of this year. And second, by stating that a price of 80 to 90 dollars would be acceptable for a year or two, said Omdal.

As a result of Saudi’s position, the price of oil is reduced by more than 20 per cent the last two months.

– Production outside of OPEC has grown significantly lately. Tight oil production is up from 0.5 million barrels in 2000 to 4 million barrels per day in 2014 – and is still rising. Saudi-Arabia is testing the tight oil market in order to reduce future investment growth into that market. The message is clear: Oil producers around the world should not rely on Saudi to cut future production in order to protect the price of oil, said Omdal.

Still, he believes Saudi-Arabia is looking for a long-term price level of 100 dollars per barrel – and that the kingdom will contribute to a higher price at some point.

– We expect to be back at 95 dollars already by next summer, said Omdal.