One of the most advanced labs 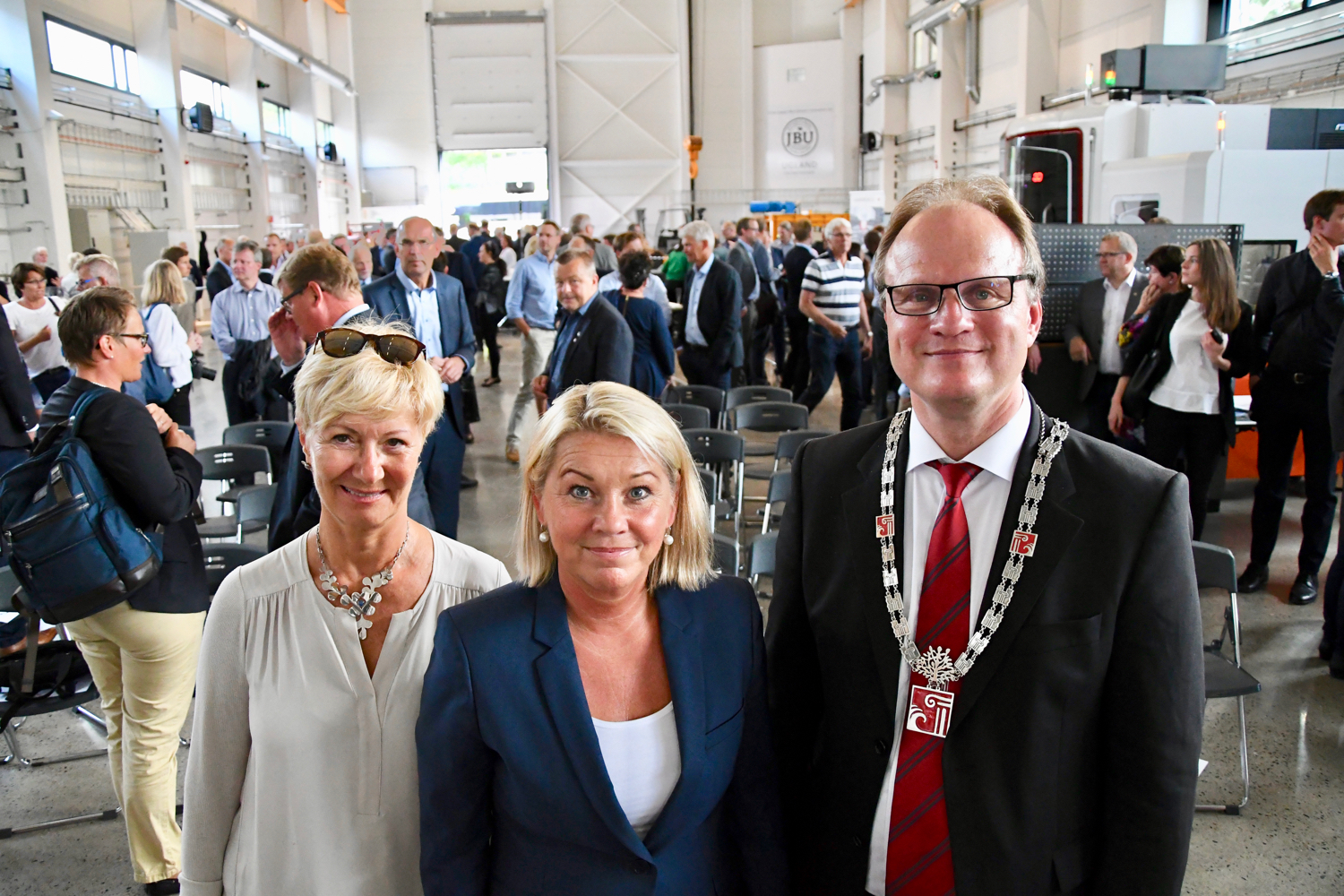 “By any international standard, MIL is one of the most advanced labs in robotics, automation and digital transformation,” says Frank Reichert.

Reichert was especially proud to be Rector of the University of Agder Wednesday, when Mechatronics Innovation Lab opened.

“I am looking at the most amazing lab we could ever dream of. It feels somehow as if we have built a wide portal into the future,” said Reichert.

He had a lot of people to thank for making a dream come true, and he mentioned a few:

“Bjarne Skeie, the father of our offshore industry, heard the early idea and was the first to allocate 10 million kroner without any hesitation. Many industry leaders followed and put their trust in us,” explained Reichert.

He went on to thank the Ugland family for immediately assigning a team that turned early ideas into feasible concepts.

“The CEOs of NODE, Kjell O. Johannessen and Anne-Grete Ellingsen, unified the industry behind us. Especially Ellingsen was an unstoppable force behind MIL,” said Reichert.

He also gave thanks to his former bosses at the University of Agder, Torunn Lauvdal and Tor Aagedal, who were “the perfect navigators through the political labyrinth of higher eduation politics”, and to Monica Mæland.

“The minister of Trade and Industry made sure that we had full financing for out MIL. Thus we can offer the full scale of services that we imagined,” said Reichert.

In conclusion, Reichert praised CEO of MIL, Bernt Inge Øhrn, for taking on a difficult task with an enormous appetite, propelling MIL to new heights.