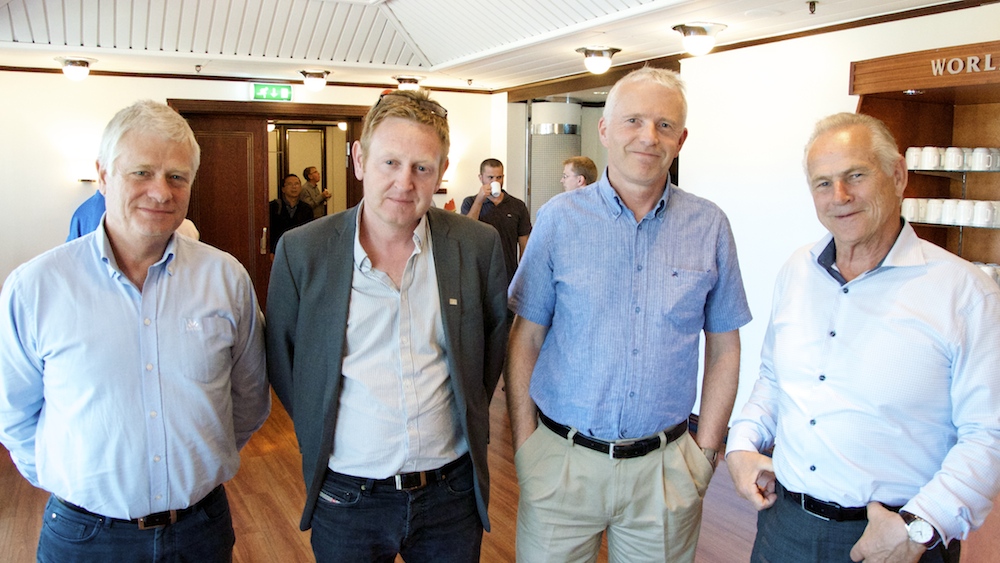 “NODE-companies should build on and benefit from their existing expertise. Most tools and techniques used for P&A operations have application in normal oil well drilling operations”, says Mads Grinrød.

He recently delivered a report on P&A (Business and Opportunities), commissioned by GCE NODE. Excerpts from the report were presented at the seminar.

According to the report, a total of 78 oil and gas fields were in production on the Norwegian Shelf at the start of 2015. Many of the nearly 500 facilities on these fields are approaching the end of their planned lifetime.

Thus, there is an expected increase in demand for competence and equipment for plug and abandonment and for decommissioning these facilities in a responsible manner. This also applies for the international market.

Different countries have different rules. However, the basic rule is that wells shall be abandoned in a way that ensures that hydrocarbons are prevented from reaching the surface or leaking into other formations. Protection of groundwater is a special concern in many regions of the world. Wells should be plugged with an eternal perspective, taking into account the effects of any foreseeable chemical and geological processes.

“NOV is definitely looking into P&A. We already have subsidiaries working within wireline, coiled tubing and topside drilling, and we are willing to invest in what will be a huge market. To move forward, oil companies need to push the “start button”. Also, a clarification of regulatory rules and regulations is required to help us determine risks connected to P&A”, says Frithjof Ruud, Compliance Manager in National Oilwell Varco Norway.

“AF Gruppen is already a big player in decommissioning on the Norwegian Shelf. We are exploring how to effectively combine decommissioning and P&A, which we are convinced would contribute to speed up the process and reduce cost. Also, we need operators and governments to define the playing ground through rules and regulations, says Glen Allan Eikeland, Managing Director & SVP at AF Offshore.

“P&A is an interesting and long talked about market. We will follow the development of P&A closely, to determine if and how Stimline should enter this market”, says Jonathan Webb, Mechanical Group Leader at Stimline.

NODE’s administration is committed to supporting the companies in the exploration of a potentially huge new market.

“The next step is to arrange a meeting between NODE-companies and several of the large oil companies. This meeting is scheduled for September”, says Marit Dolmen, Manager of RD&I at GCE NODE.