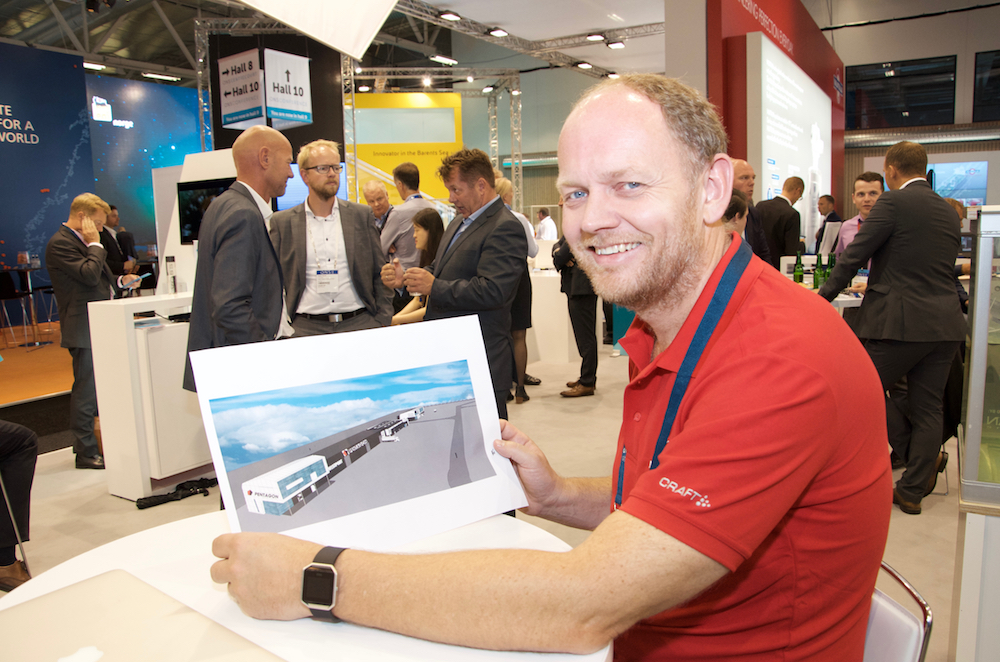 CEO Lars Reidar Grimestad at Pentagon with the plans for the new terminal and office building at Risavika.

Pentagon Freight Services is to start construction of a new terminal and office building at Risavika harbor in Stavanger.

The deal between Pentagon and Risavika was signed at GCE NODE’s stand at ONS Tuesday.

“The construction of a new terminal building in Stavanger gives us a strong presence in all the major oil hubs worldwide”, says CEO Lars Reidar Grimestad at Pentagon, listing Houston, Aberdeen, Dubai, Singapore and Perth as the other main oil-related locations for his company.

“We strongly believe in Stavanger and in Pentagon’s future success in the region”, says Grimestad.

The planned terminal building will be 100 meters long and 25 meters wide and located in the center of the large harbor area. It is scheduled to be operational in approximately one year.

Pentagon is now located in Oslo, Kristiansand and Stavanger.