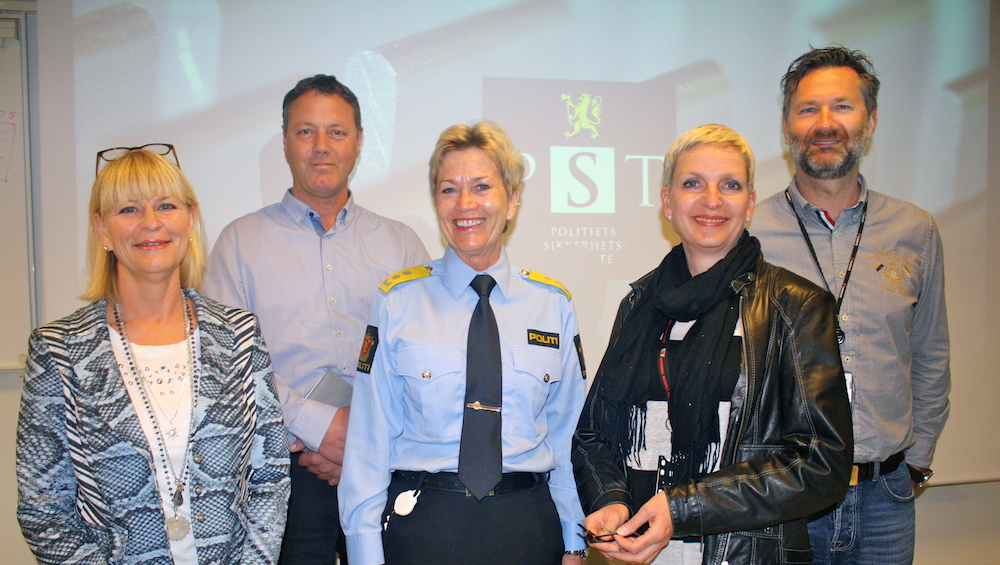 There are real threats against Norwegian interests, said the Norwegian Police Security Service (PST) at a seminar in Kristiansand Thursday.

A number of businesses in Agder attended the seminar on security and cyber threats hosted by PST in cooperation with GCE NODE Thursday.

According to PST, Norway and Norwegian companies are exposed to intelligence activities that are harmful to Norwegian economical, political and security interests.

Lately, an increasing number of companies in Agder have contacted PST with questions about different threats and what measures to take to ensure the company’s technology, competitiveness and market position. As a result, PST and GCE NODE organize two seminars on security challenges. The topics in this week’s seminar included intelligence threats, knowledge transfer and IT security challenges.

– We need to increase the region’s expertise on these issues, as they become more and more relevant. We plan to organize several events focusing on security, says NODE’s Project Manager Ann Marchioro. She was pleased that as many as 70 people showed up for the event.

The attendees listened to presentations made by three representatives of the Central Unit in PST. They named Russia and China as two states with which Norway has no cooperation on security and which also have the largest intelligence capacity. PST considers Russian intelligence to have the greatest potential to harm Norwegian interests. Both public and private sectors are targets for intelligence activities.

PST made it clear that the cyber threat is growing. PST encouraged companies to increase IT security by upgrading software, blocking unauthorized programs, frequently changing passwords and centralizing logging. Also, end users should not have administrator privileges on local machines.

PST urges all businesses to ask the following questions: What or who are most valuable to the organization? Identify potential targets and make an assessment of how well they are secured? What measures could be taken to increase security?

– Make sure you know what you need to protect and how to protect it, PST urged.

Dag Snemyr from MHWirth was one of the participants at the seminar. He is familiar with security issues, but still found the seminar useful.

– It’s always good to get direct information from PST, as they are familiar with threats against Norwegian companies. They can provide factual information about how we can improve our security efforts, says Snemyr.

Part two of the PST seminar will be held in August (date to be determined).

– Security is an area we will visit again and again. We suggest that NODE companies make use of an online security course that we will make available for them. And later this year, PST-boss Benedicte Bjørnland will address NODE Top Manager Forum, says Marchioro.