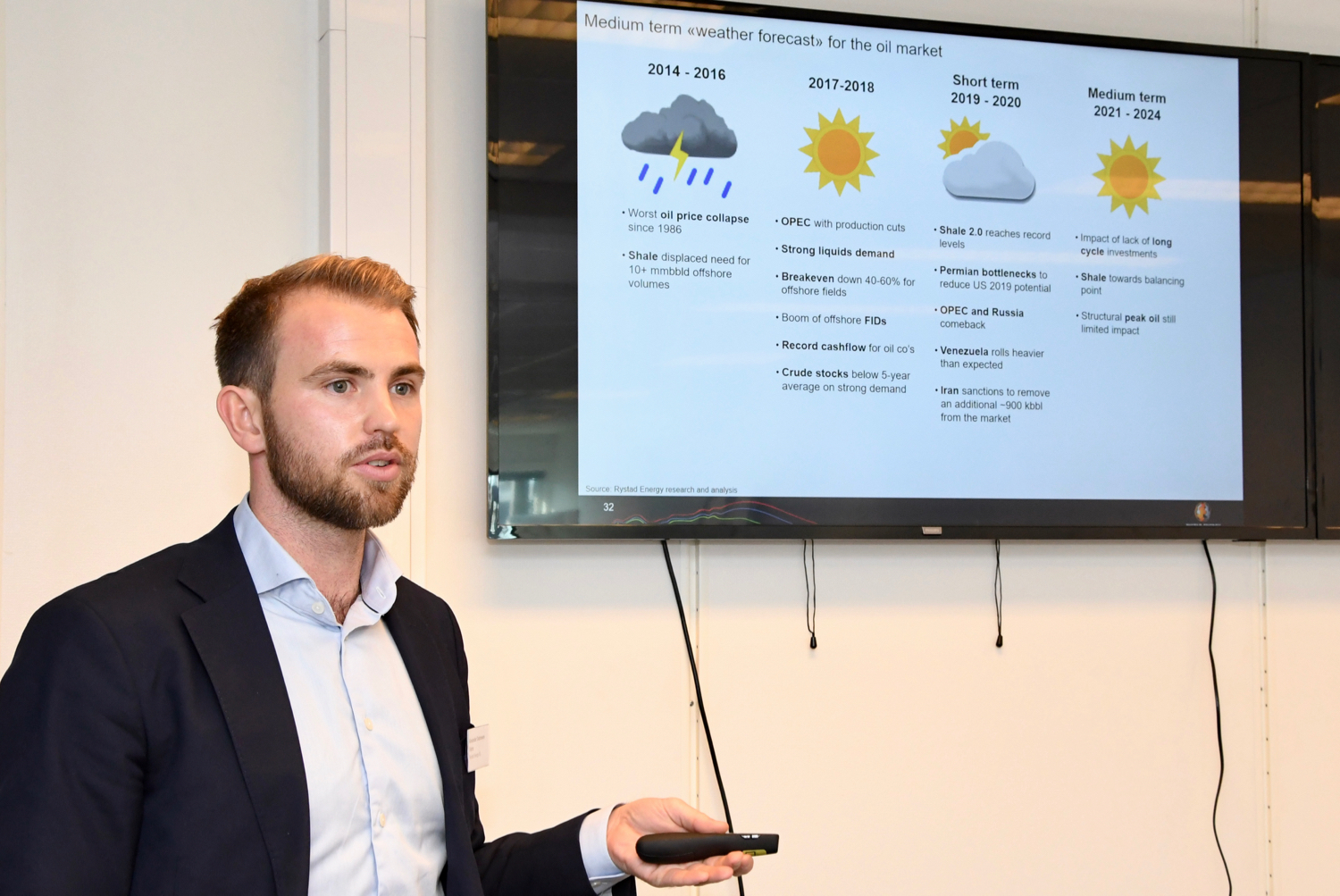 This is Rystad Energy’s forecast for future oil prices, based on a new annual oil and gas market report, which was presented at meetings in Arendal and Kristiansand Wednesday.

Supply has gradually picked up and will continue to grow.

“Global capital expenditure declined by 40 per cent in 2014-2016, but increased in 2017 and has continued to grow since. Companies are again investing in oil and gas when prices are higher,” says Fløtre. A barrel is currently priced at 85 dollars.

SHALE IS UP, EVERYTHING ELSE IS UNCHANGED

Shale production is expected to meet most, if not all, of the increased demand. Rystad says shale production will grow by almost 6 per cent per year towards 2022, whereas output from other onshore and offshore segments are unchanged or slightly declining.

Rystad describes the market as “tight” in 2018 and 2019, but expects supply to outgrow demand from 2020. This will have a negative effect for oil prices, which are predicted to drop from 87 to 77 dollars per barrel in mid 2021.

Close to 50 people from 25 companies attended the meetings, which were arranged by Norwep, GCE NODE and Rystad Energy.