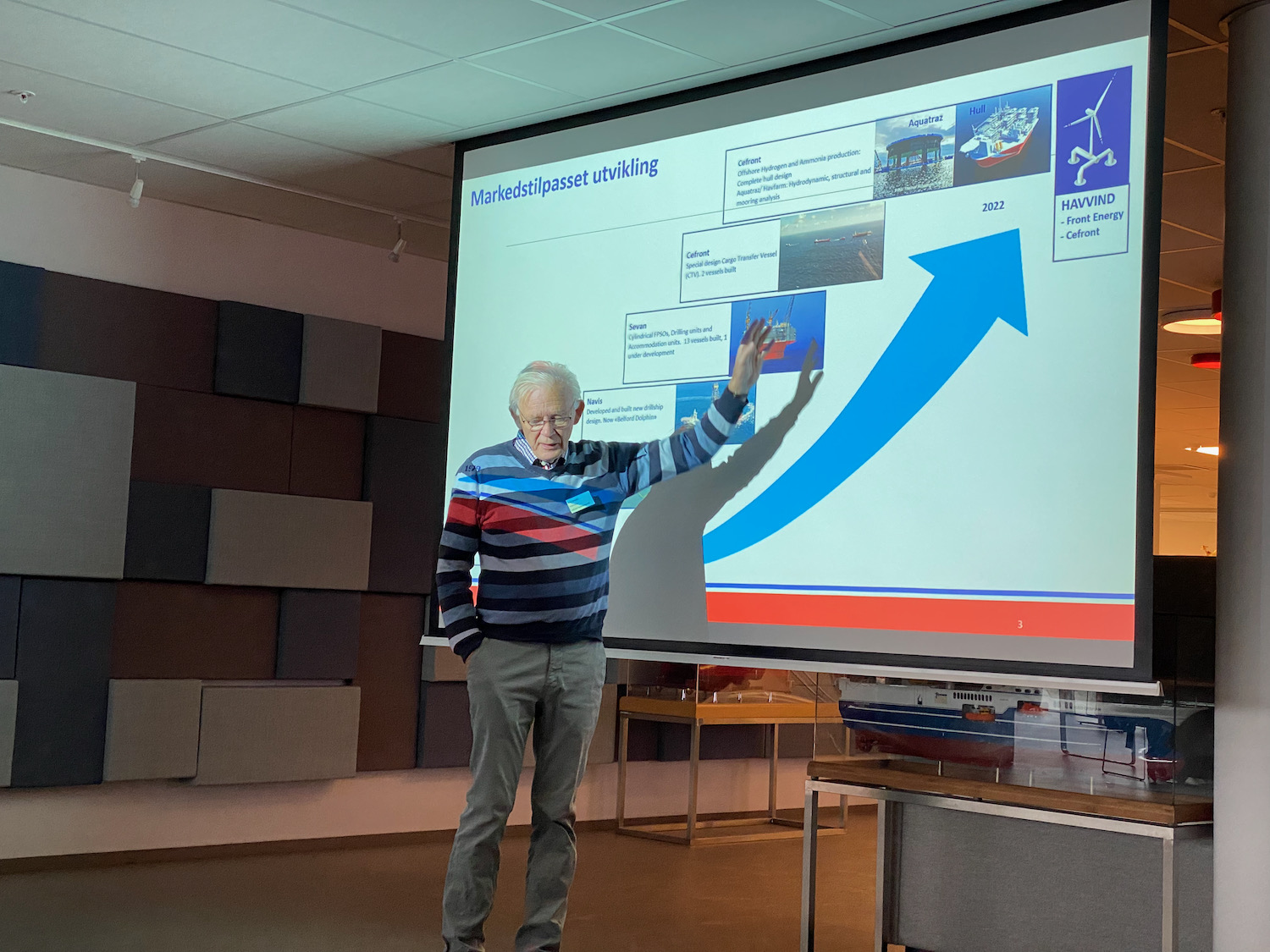 Arne Smedal talked about how oil prices have always affected innovation in the oil and gas industry.

Rising oil and gas prices are bad news for entrepreneurs and innovators, according to industry veteran Arne Smedal.

“When oil prices are at all-time highs, nobody cares about new products and services that may increase efficiency. We have seen this again and again throughout the history of our industry,” says Smedal.

At a GCE NODE breakfast seminar in Arendal, a city in which Smedal has operated so successfully for decades, the entrepreneur showed the development of the oil price over the last 50 years, coupling it with great innovations – or lack thereof.

“It is always in times of low prices that the attention shifts to costs, and to how costs can be lowered. These are the times when operators will lend an ear to us entrepreneurs and innovators,” says Smedal.

However, in times of increased awareness of environmental cost, Smedal admits that there may be a window open for ideas that cut emissions.

“This is something new. Operators seem open to listening to proposals that will reduce emissions,” says Smedal.

He went on to discuss the future of oil and gas, considering the expected growth in energy demand towards 2050.

“There is really only one alternative to oil and gas, and that is nuclear power,” said Smedal.

Leaving that statement floating for a moment, Smedal continued: “But since nuclear is not the popular choice, the world will have to utilize oil and gas resources on the road to reduced emissions,” said Smedal.