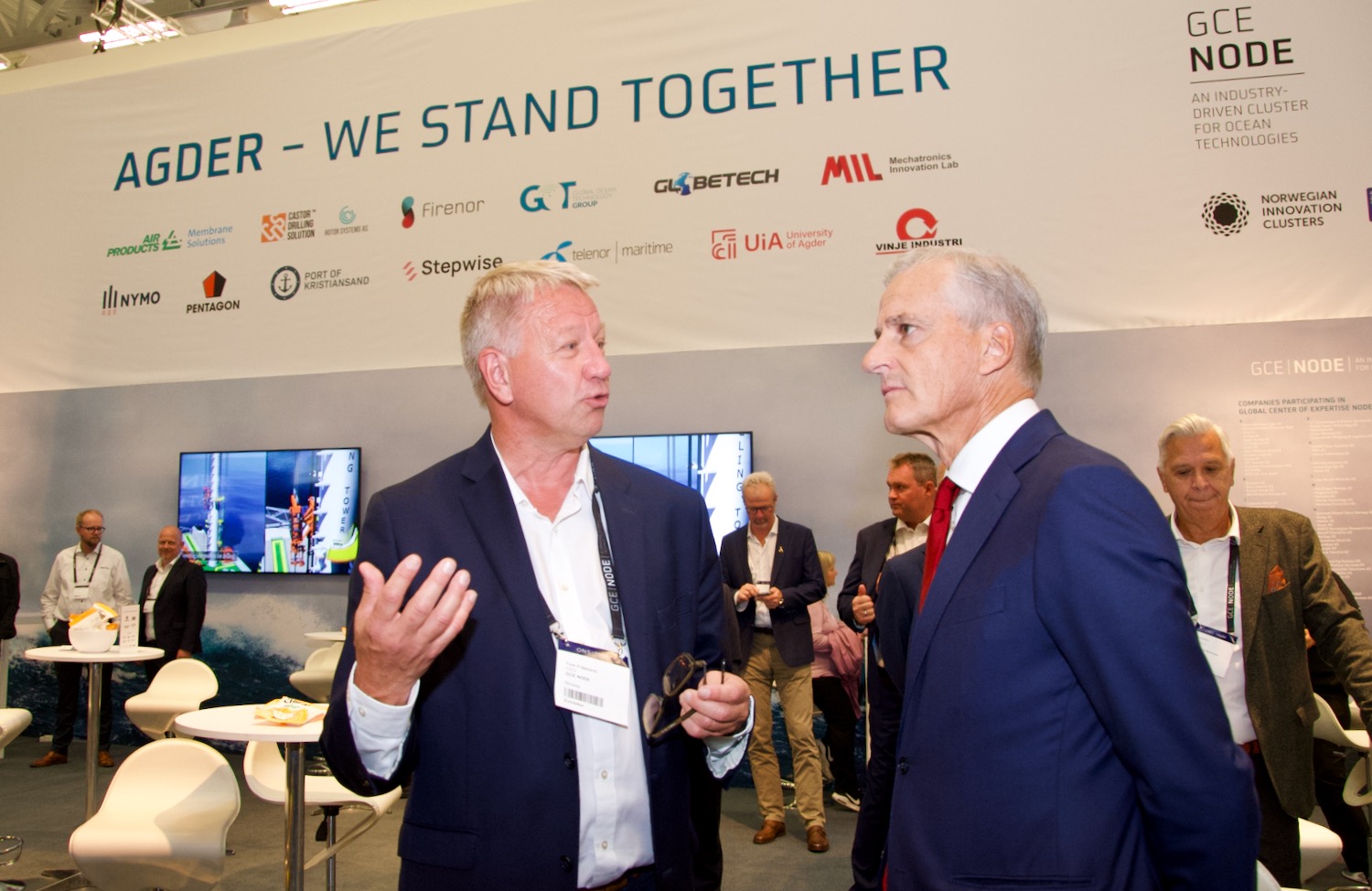 “We talked about the opportunity to establish an offshore wind competence center in Kristiansand. Agder is positioned to be a dominant force in the development of the Norwegian offshore wind industry, which is already demonstrated by the fact that Equinor and partners are looking at developing offshore wind business opportunities in the Mandal region,” says Tom Fidjeland, CEO of GCE NODE.

After the talk with Støre, Fidjeland concluded that the prime minister is aware of the initiatives and tempo in the development of offshore wind in the southern-most part of Norway.

“We are pleased to have lots of attention from the governmental level. Our initiatives are met with interest,” says Fidjeland.