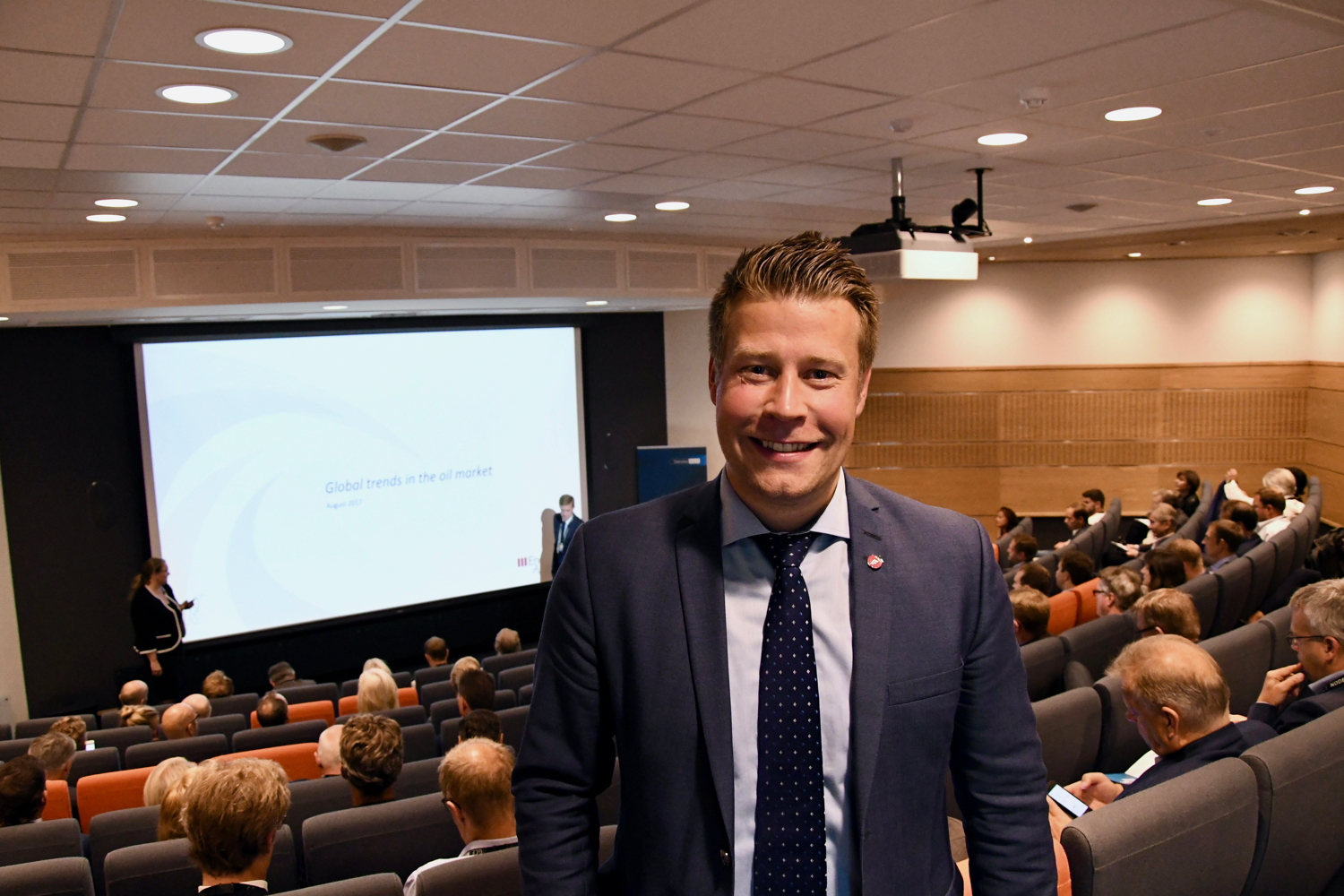 “This government will continue to make new areas available for exploration and extraction of oil and gas,” says Elnar Holmen, State Secretary at the Ministry of Petroleum and Energy.

“We will continue to tap into unexploited resources on the Norwegian Continental Shelf at a rapid pace. This is the government’s most important contribution to our world-leading industry of suppliers to the oil and gas sector”, said Holmen (Progress Party) in his introduction to Energy Outlook 2017 in Arendal Tuesday.

“Continued exploration and extraction of oil and gas is a prerequisite for maintaining an industry with world-class competence and high value creation,” said Holmen.

Standing in for Minister of Petroleum and Energy Terje Søviknes, Elnar Holmen described the Norwegian oil and gas industry as an international success story, totaling 40 per cent of Norwegian exports in 2015.

“Activity on the Norwegian Continental Shelf has built a foundation for international success. It has provided an arena for learning and developing the technology and competence that is now in demand in a global market,” said Holmen.