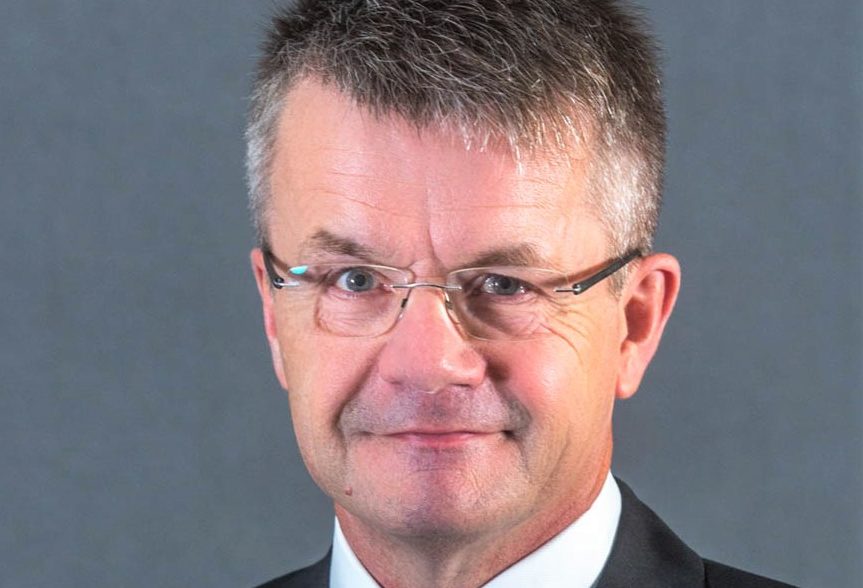 Fritz Ekløff is SVP Corporate IT and Systems at BW Offshore and member of the board of GCE NODE.

As the sole board member with a background from ICT, Fritz Ekløff hopes to contribute to increased focus on digitalization and cyber security at GCE NODE.

Ekløff, 60, is SVP Corporate IT and Systems at BW Offshore, a world-leading supplier of FPSOs – that is vessels designed for production, storage and unloading of oil and gas. When connected to an oil well on an oil field, oil is pumped into the vessel’s own onboard processing plant. Stored oil is later loaded into tankers for transport of crude oil to onshore refineries.

“A setup like this is a completely independent production system, and often used in conjunction with remote oil fields without connected pipelines to shore,” Ekløff explains.

He joined the company in 2004, but his career in the IT industry began in the 1980s. Ekløff started out at the national telecom agency, Televerket, while still being enrolled at the National Telecom Engineering School. He finished a bachelor’s degree in telecommunications, and later also a bachelor’s degree in ICT and economics, as well as a Master of Management.

Ekløff went on to work for Ericsson in Grimstad, where he worked with mobile development for six years, before he started as an ICT manager at APL, a company which was acquired by BW Offshore in 2007 and sold on to NOV in 2010. Ekløff chose to stay with his current employer.

“It is rewarding to live and work in Southern Norway, while being part of a large, global company with approximately 2,500 employees. As Head of ICT at BW Offshore, I am responsible for many talented ICT people all over the world, from Singapore to Houston. I find that very exciting,” says Ekløff.

BW Offshore is present in Brazil, the North Sea, the Gulf of Mexico, Asia and Africa. At all locations, the company is passionately involved in the society. As an example, the Arendal office supports local cultural events, such as the Canal Street music festival.

BW Offshore has been a member of GCE NODE for several years, and last year Ekløff was elected as a new member of the board.

DIGITIZATION AND CYBER SECURITY
“My motivation for joining the board of GCE NODE is perhaps slightly different than the motivation of the other board members. With my ICT background, I hope to contribute to an increased focus on digitalization and cyber security within the business cluster,” Ekløff says.

“This is important to ensure the competitiveness of the Agder industry. In our part of the world, labor is more expensive, but computer power is becoming cheaper. This is where digitalization can make a difference. With increased digitalization, cyber security is essential, as we are more vulnerable if the systems go down,” Ekløff says.

He believes that the business community in Southern Norway is doing well in the digitalization race, and points out that we have a strong environment for cyber security, both in number of companies and at the University of Agder.

“For NODE, this is an advantage we should develop further. If we are able to discuss common challenges and to share experiences, it will make us all better,” says Ekløff.