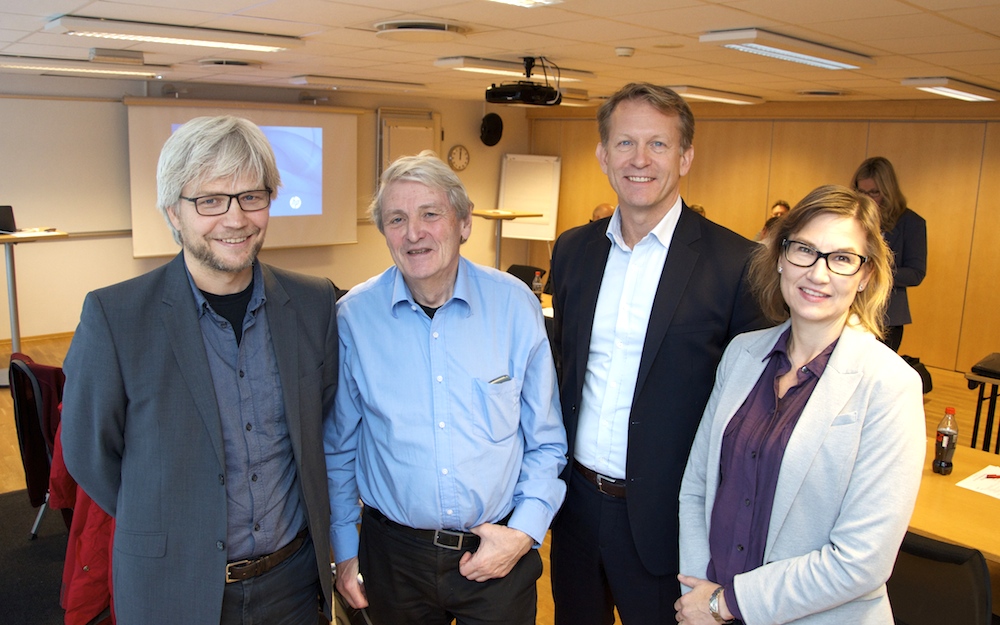 An additional 15 European offshore wind farms are built in 2015, which is a new industry record.

“We have seen an exponential growth in offshore wind the last years. We expect a small decline in 2016, but the market will continue its strong performance”, said Jon Dugstad Director at INTPOW, Norwegian Renewable Energy Partners.

He was the main speaker at GCE NODE’s recent workshop on offshore wind, presenting an excellent overview of the market and market opportunities for the 15 NODE companies present at the workshop.

The European market is the dominant market for offshore wind power production, totaling more than 90 per cent of the world market. The UK (56 %), Denmark (16 %) and Germany (13 %) are the countries where most of the wind turbines are erected.

Among the top developers of wind farms are Scandinavian energy giants Dong Energy (Denmark, 24 % market share) and Vattenfall (Sweden, 10 %). Norwegian Statoil and Statkraft are involved in several developing projects and are expected to be among the top five players by 2017.

Siemens is the dominant supplier of wind turbines with an impressive 65 per cent market share. MHI Vestas is a steady runner-up at 20 per cent.

“Europe is a leading force today, but the Chinese are really getting into offshore wind. By 2025 we expect the Chinese market to match the European market”, said Dugstad.

He said the industry is looking for suppliers with offshore experience, which was duly noted by the NODE companies.

“Offshore wind is an attractive growing market with a global perspective. It is still in an early industrial phase, which makes it possible to position Norwegian content. Oil and gas experience is seen as valuable, especially within operations and maintenance”, said Dugstad.

Several NODE companies already have a presence in the offshore wind market.

“As a result of the workshop, we will submit an application for a networking project on offshore wind”, says RD&I Manager Marit Dolmen at GCE NODE.

4 years to develop, 3 years to build

6 MW turbines with nacelle at +100 meters