Renewable energy below our feet 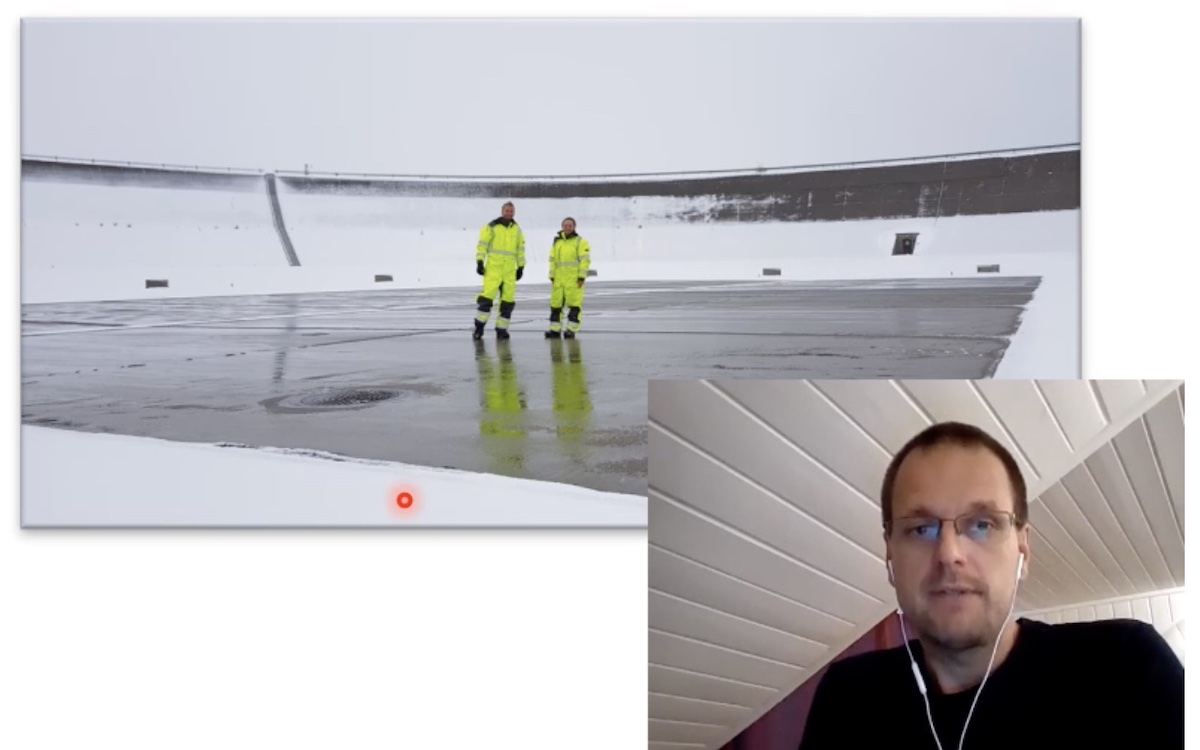 By tapping into the vast energy source located kilometers below the Earth’s surface, production of renewable energy could accelerate.

“There are large reservoirs of renewable energy below our feet,” says Christian von der Ohe, RD&I Manager at GCE NODE.

Earlier this week he chaired a session during the two-day virtual conference GeoEnergy 21: Heat storage and energy systems. 45 attendees, primarily from Norway, learnt more about technology development, and ongoing and finalized geothermal projects.

One accomplished project is a 1,500 meters deep energy well at Oslo Airport Gardermoen. The well is used for de-icing of an engine test area during the winter season. Water is circulated in the well to bring up the energy necessary to de-ice the area, eliminating the need for an 1MW electric boiler, which would have been the alternative.

“Costs are reduced, and we also avoid costly power peaks that would have required the building of a stronger power grid,” explained Thilo Theloy, Drilling Manager at Geothermal Energy Nordic.

That was a strong argument from Rasmus Bøckman, a Multiconsult Advisor, who resides in the remote and cold Norwegian island of Svalbard.

“Renewable energy from wind and solar systems has in recent years developed into the cheapest source of energy. The obvious challenge with these sources, especially in small grid systems, is the periods when production and consumption do not correlate. In colder regions heating is often the main component of the energy consumption. Bridging the problem with a borehole thermal energy storage system enables an increase of renewable energy in the system,” says Bøckman.

LOTS OF DRILLING
Utilizing the energy below the Earth’s surface will of course require drilling, which is ideal for several GCE NODE companies.

“Geothermal energy is still a small market, but with a lot of drilling activities. Cameron has acquired companies specializing in this industry. GCE NODE companies have the technology and experience relevant for entering the geothermal market,” says von der Ohe.

GCE NODE’s focus is to identify market potential and niches for technological development.

“There is reason to believe that geothermal energy will become more important in coming years. Low temperature energy wells could be used for keeping soccer fields open during winter and for heating of large buildings. I would like to see Svalbard as a laboratory for geothermal energy in Norway,” says von der Ohe.