Robotics has never been easier 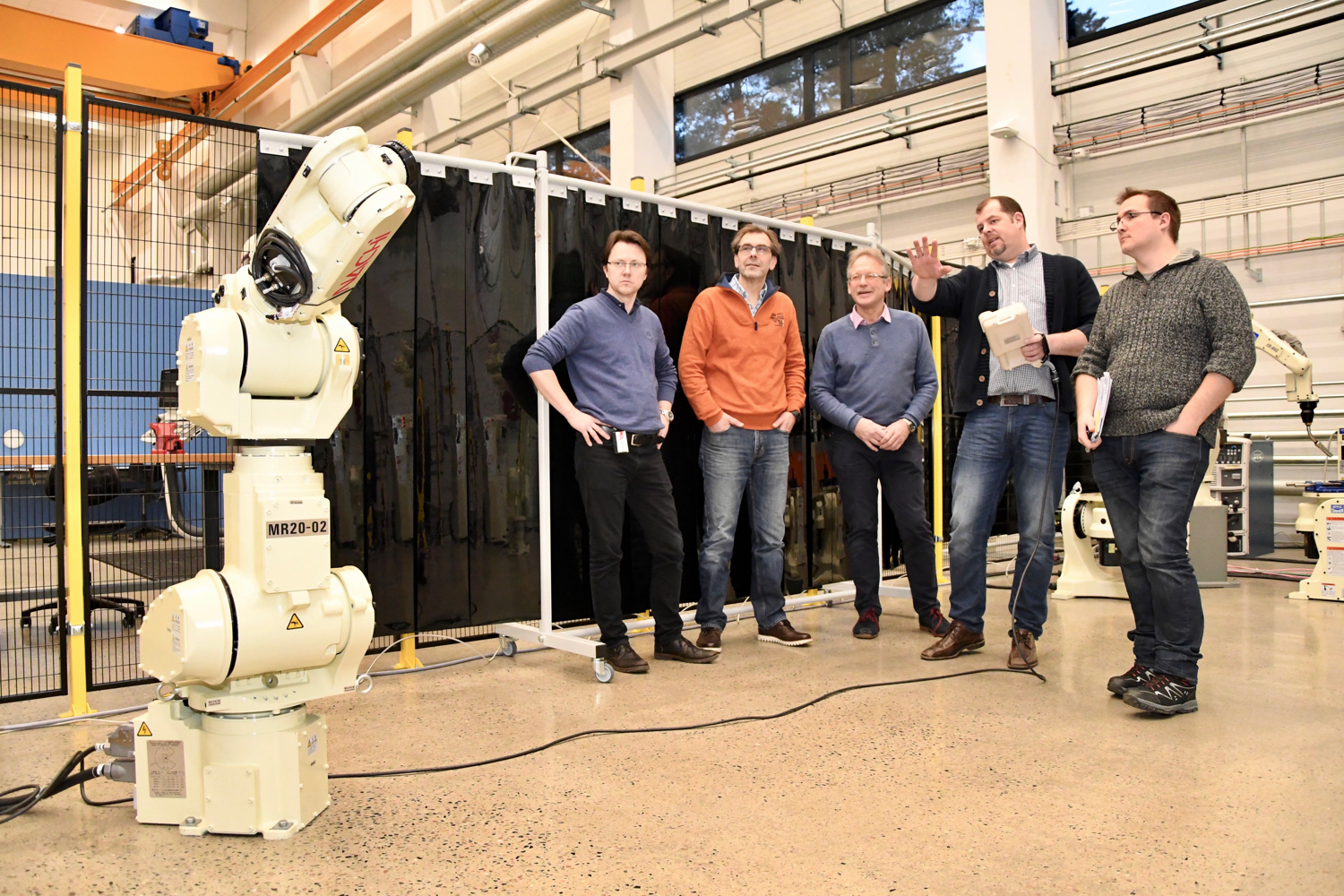 Robots perform more complex tasks than ever before, yet programming them has never been easier.

“If there is one thing you should know about robots, it is how easy robotics has become. Before, you could spend three days programming even simple tasks. Today, the same programming is done in five minutes, using drag-and-drop menus,” says Bernt Inge Øhrn, CEO of Mechatronics Innovation Lab.

He demonstrates his point using a two-armed robot from ABB. Øhrn clicks on a menu, physically moves one robotic arm to a different position, clicks the menu again and the robot repeats the exact same motion.

“Robots increase quality and productivity, thus securing competitiveness and jobs. A study from Denmark shows that companies that have implemented robots are doing well and hiring more people,” says Øhrn.

His demonstration was part of the first “Get to know MIL” workshop Wednesday. Mechatronics Innovation Lab and GCE NODE host a series of five workshops especially tailored for NODE companies.

CAME TO LEARN
“We are here to learn more about MIL and how we can make use of the lab. It definitely has a lot of potential”, says Torfinn Løvåsen at MHWirth.

He got to program and handle some of the most advanced robots on the market.

“I am familiar with the technology, but the software has improved immensely since I was first introduced to robots,” says Løvåsen.

“MIL is a powerful instrument that will help the industry increase efficiency, cut costs and reduce emissions. Testing and qualification of new equipment and new solutions at MIL will reduce time-to-market. Thus, it is important for GCE NODE companies to become familiar with MIL,” says Bjørn Saltermark, Project Manager at GCE NODE.

MIL and GCE NODE has designed a series of workshops to let participants explore and understand what MIL can do for businesses, entrepreneurs and researchers.

“Our goal is to educate and encourage NODE companies to seize the opportunities that this state-of-the-art facility provides,” says Saltermark.

The workshop format allows for only 4 to 6 companies – and a total of 12 to 15 people – to participate at each workshop. Additional workshops will be arranged if necessary. This offer extends only to companies within the GCE NODE cluster.