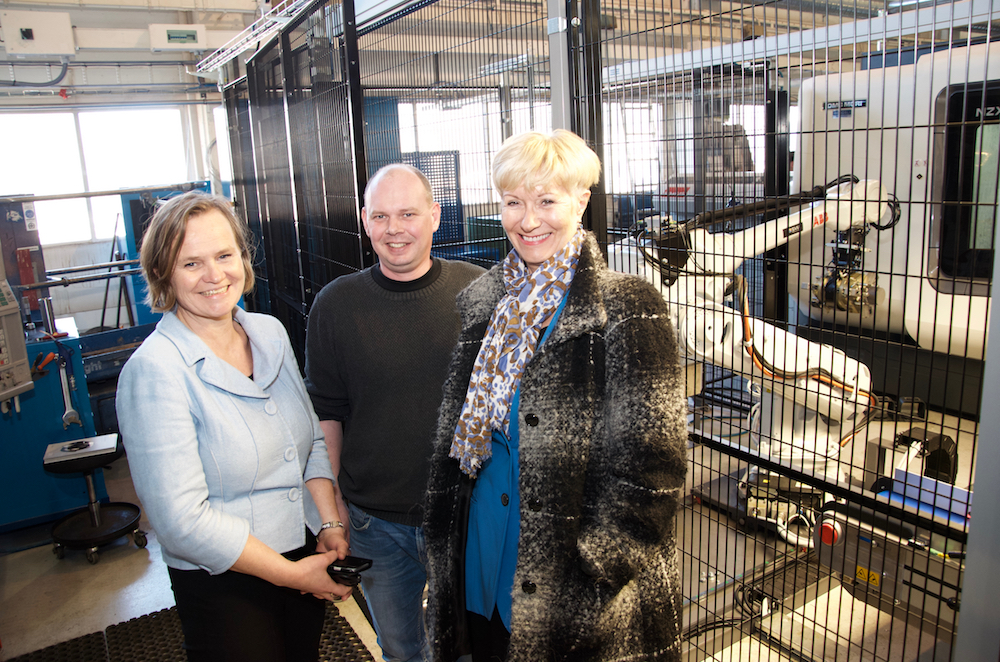 Business is blooming for IMS Group after the acquisition of a production robot.

“Components that were previously produced in China, are now produced in Risør”, says Managing Director Kenneth Nodland at IMS Group.

A MNOK 10 ABB-robot, combined with IMS Group’s highly skilled workforce, enable the company to outperform similar companies in China and Vietnam. Tasks that have been outsourced to low-cost countries are now re-shored to high-cost Norway.

According to a study by research institute Agderforskning, IMS Group is among the 21 per cent of industrial companies in Agder that have already implemented robots in their production lines. The study shows that many more companies see robots as an important part of future production.

“I am certain that IMS Group will have more robots five years from now”, says Nodland.

Six industrial clusters and networks in the Agder region, comprising more than 200 companies, are partners in a cluster collaboration project called Future Robotics. Clusters GCE NODE, NCE Eyde, Digin, Sørlandsporten Teknologinettverk, SINPRO and Lister Alliance are all part of the project funded by Sørlandets Kompetansefond and hosted by the University of Agder.

“We aim to increase regional competence on robotics and automation. The idea is to develop the consortium, sub-groups and pre-studies. We will network with national and international stakeholders”, says Project Manager Søren Kragholm at Future Robotics.