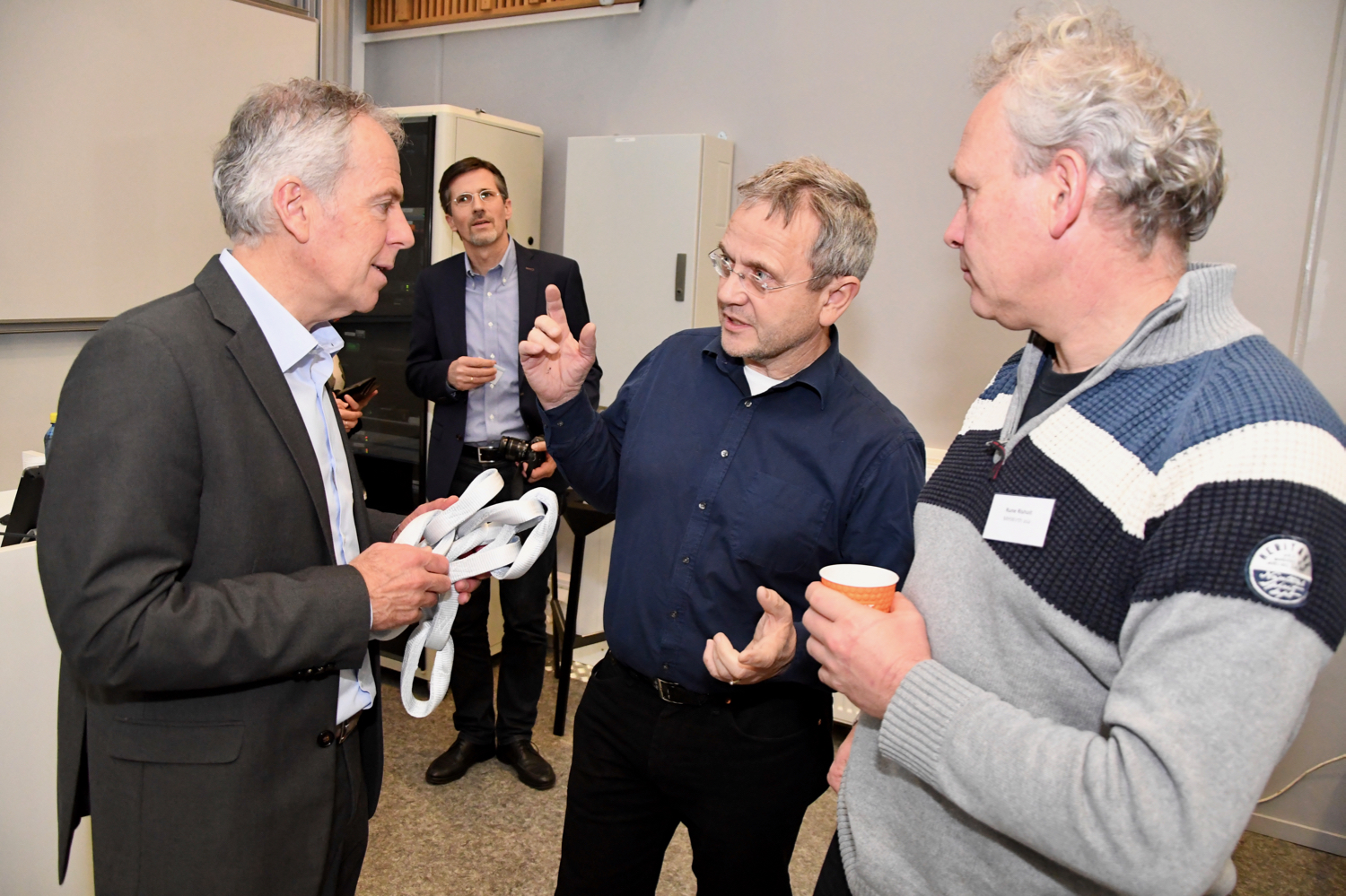 “To meet a group of such knowledgeable experts here in Grimstad is a privilege. Industrial ropes is a narrow field of expertise, and world-class competence is hard to come by,” says Rune Risholt, Engineering Manager at MHWirth.

Approximately 60 people attended the seminar. They included groups from National Oilwell Varco, MHWirth, MacGregor, DNVGL and Klüber Lubrication, in addition to representatives from a number of other companies.

“We are thrilled to see that the industry again recognizes quality. For the second year running, we have been able to fly in some of the best people in the world to learn from,” says Thomas Meyer, Business Development Manager for Teknova, organizer of the seminar.

The Rope Specialist Seminar aimed to bring forward the technical, safety and regulation aspects of steel and fiber ropes. Time was evenly divided between European experts on steel ropes and fiber ropes.

Fiber rope specialist Paul Smeets from Dutch producer DSM Dyneema spent 90 minutes on the qualities, advantages and disadvantages of a modern high-performance fiber rope, which is both stronger and lighter than traditional steel ropes. Still, selling fiber can be hard.

“When approaching a high-end market, such as the oil and gas industry, we are met with a lot of questions related to offshore safety standards. We are of course also met with 175 years of experience with wire ropes,” says Smeets, indicating that some industries are more conservative than others.

MacGregor is one company that has a lot of experience with fiber ropes.

“50 years ago, people at Pusnes in Arendal were experimenting with sensors inside fiber ropes. Sure, modern fiber ropes have other qualities; they are of course bigger and superior in strength compared to the old ones, but they are not entirely new to us. We are deeply invested into fiber ropes,” says Jon Høvik, Technical Manager at MacGregor.

The three-day seminar was co-financed by Teknova, GCE NODE, Kristiansand Municipality, Aust-Agder County, Vest-Agder County, The Research Council of Norway and the University of Agder.