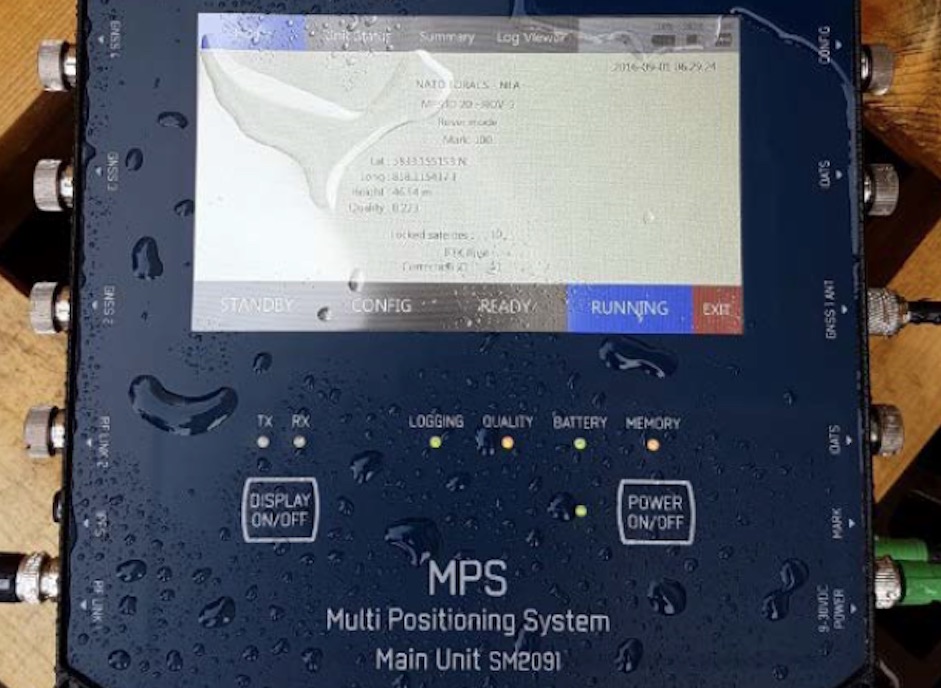 Scanmatic has developed a multi positioning system that measures a vessel’s position, heading, roll and pitch.

The multi positioning system (MPS) has been developed for NATO FORACS (Naval Forces Sensor and Weapon Accuracy Check Sites) in order to provide high quality measurements of the static and dynamic accuracy of the sensor suites of surface vessels, submarines and helicopters, amongst others.

The MPS measures the vessel’s position, heading, roll and pitch. This enables testing, verification and calibration of the vessel’s navigation system, typically a system consisting of a differential GPS and a MRU (Motion Reference Unit).

All surrounding targets, stationary or moving, are also positioned. The vessel’s target acquisition system is then tested to verify that the targets are correctly positioned, and calibrated if the targets are off-mark. The sensors, which are tested and calibrated, are e.g. gyros, radars, sonars and ESM-systems (Electronic Support Measures).

The Scanmatic MPS system consists of up to three base stations and up to nine “rovers”, i.e. moving targets. All base stations are deployed on land, while the rovers are mounted on various mobile platforms.

In order to measure a position, a single GNSS-receiver is sufficient. To measure heading, two is needed, while four receivers is needed to measure pitch and roll. The receivers are usually deployed at dedicated points at the stern and bow of the ship, for heading measurement, and two receivers at opposite sides mid-ship for measuring pitch and roll.

The Scanmatic MPS system will measure the position 20 times per second, and perform the calculation of heading, roll and pitch. The system will transmit correctional data from the base stations once a second, and the positional data from the rovers up to 10 times a second. In the event of communication dropouts, missing data may be transferred after the test for post processing of data.