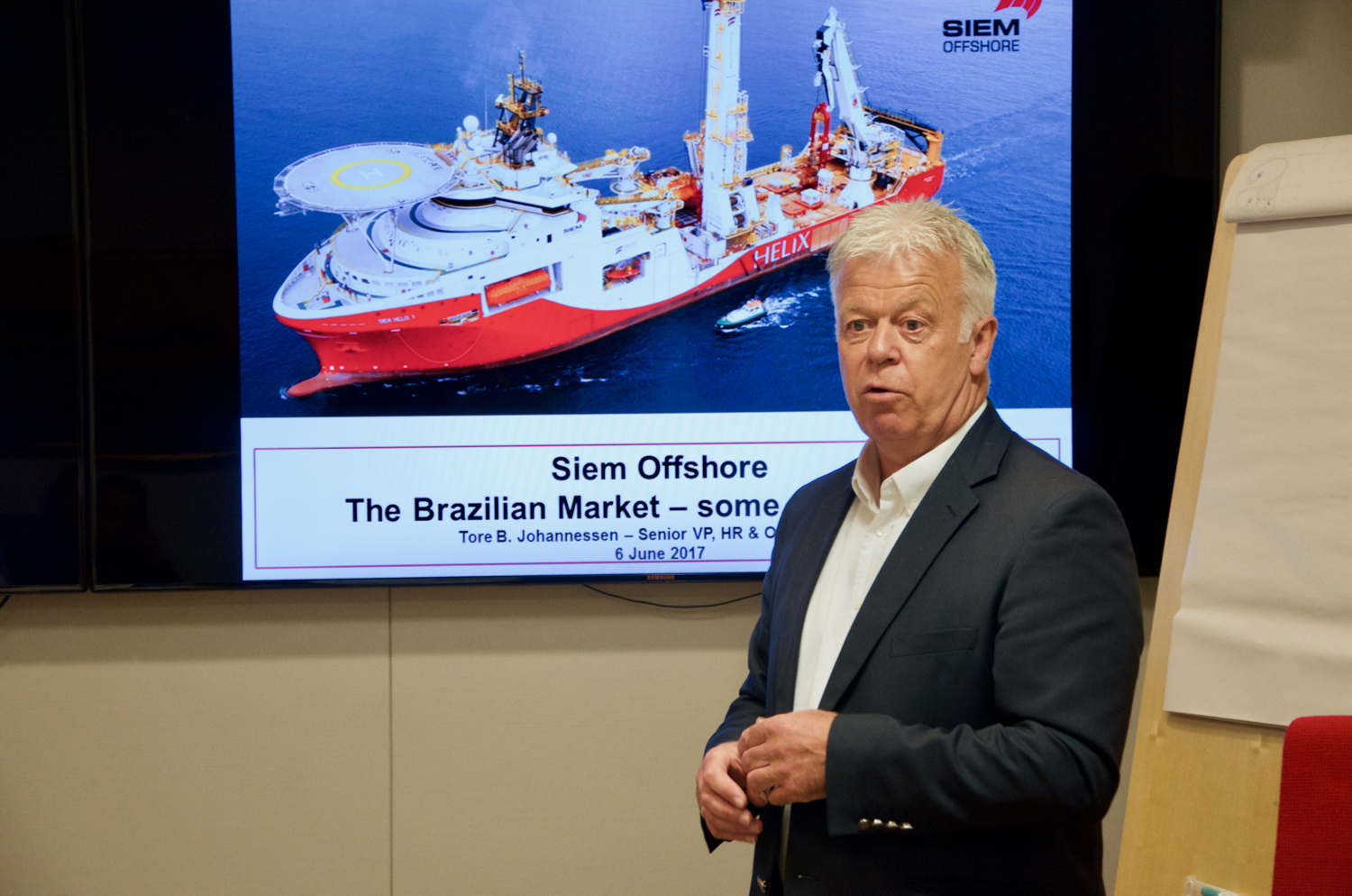 Siem Offshore shared experiences from operating in Brazil at a meeting at DNB Bank in Kristiansand Wednesday.

“You should be aware of the cultural differences. Brazilians are more social than Norwegians. They want to interact with you, share stories and evolve friendships. We tend to be very direct and business-minded in e-mails and Skype-meetings, whereas Brazilians will start an e-mail with a personal story and eventually finish with the question that was always the intention behind the e-mail,” said Tore B. Johannessen, Group Vice President Organization and HR at Siem Offshore.

Siem has a strong presence in Brazil. Currently, there are six Siem vessels operating in Brazilian waters. Johannessen said his company has done good business in Brazil, but also made some costly mistakes.

“We have learnt that we need to be present in Brazil to be successful. Not necessarily present every day, but often enough to build trust and be a colleague. And we have experienced the importance of sending people that we are certain will be open-minded and ready to take part in Brazilian society,” said Johannessen.

He addressed the legal system and the fact that former employees can take a company to court within five years after they leave or are let go.

“There are always a lot of labor lawsuits in Brazil, we are currently involved in four, which consumes time and effort. Many lawyers work on a “no-cure, no pay” basis, which makes it easy for a former employee to sue you,” said Johannessen.

His statement was backed up by Claudio Goulart, Head of DNB Brazil, who shared a staggering statistic: In 2016, there were 2.7 million labor lawsuits in Brazil, compared to 72,000 in the USA.

“This is a problem and also represents a cost for all businesses. It is something that you should be aware of and something that is being addressed in Brazil,” said Goulart.

He underlined that there are several major reforms in progress. One involves raising the retirement age from 50 years for women and 55 years for men – to 65 years for both genders.

Goulart also talked about the corruption scandal and how it is being work out in the courts now. And he addressed the declining economy.

“After two years with a significant decrease in industry production, both industry and consumer confidence is now rising. This bodes well for the 13.7 per cent of the workforce that is unemployed,” said Goulart.