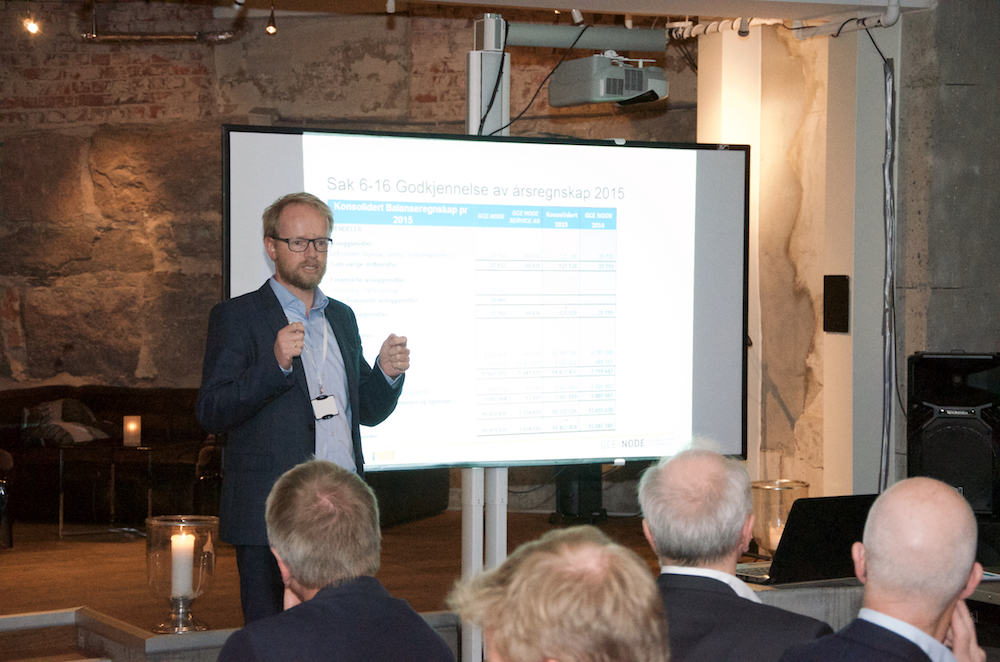 Controller Audun Skare at GCE NODE presented the 2015 numbers at the Annual Meeting.

“This is according to the budget. We are an organization that should operate close to break even every year”, says Anne-Grete Ellingsen, CEO at GCE NODE.

The Annual Meeting decided that dues and the service charge should remain at the same level as in 2015.