Stepping up research for green transition 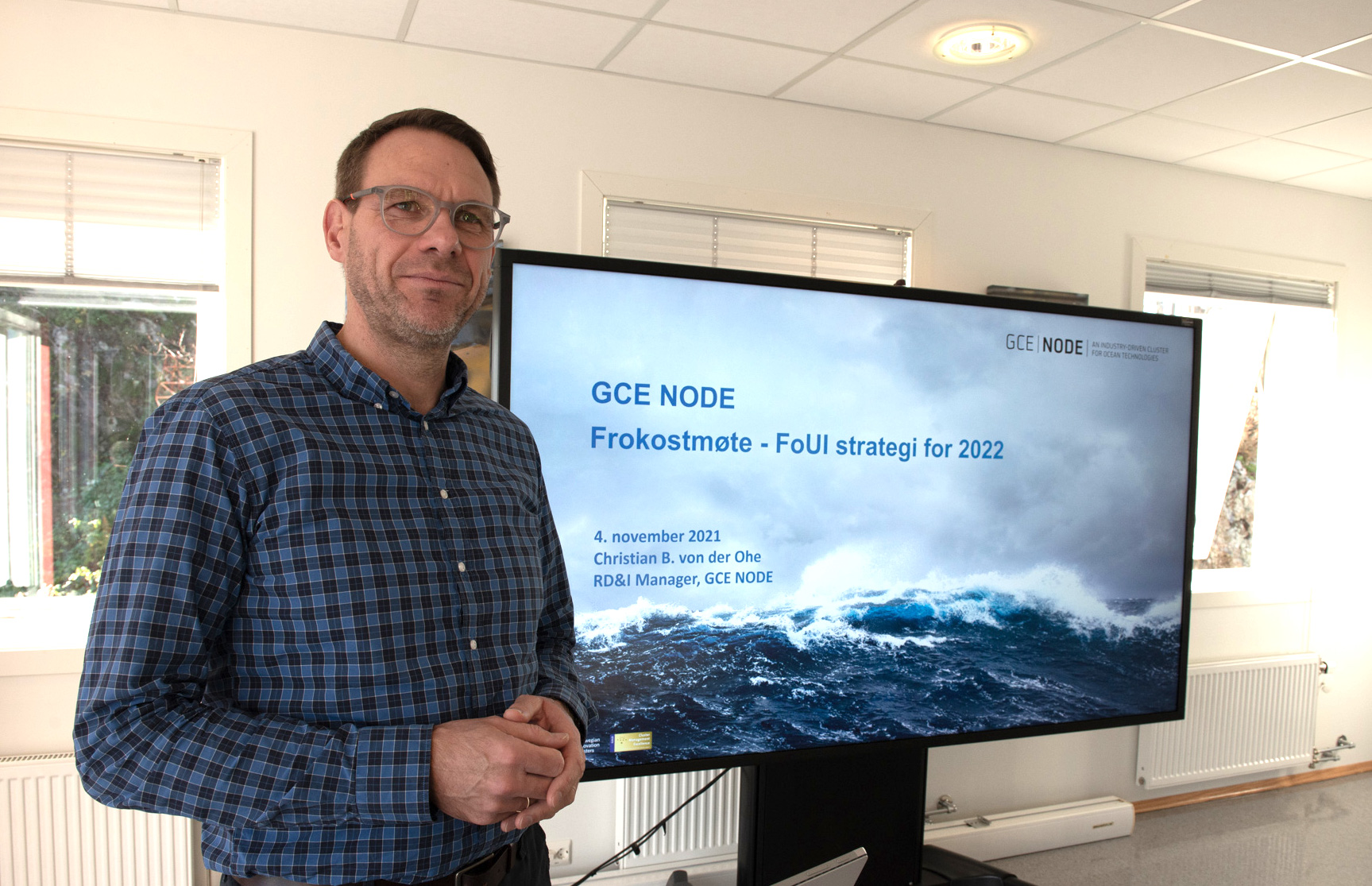 GCE NODE intensifies research efforts to prepare cluster participants for a transition to renewable energy in the offshore and maritime industry.

“Going through a green transition, all companies in our industry need a strategy for restructuring and for serving new markets. GCE NODE will serve as a facilitator of innovation, a driver for research and development projects, and dissemination of research results within the cluster,” says Christian von der Ohe, RD&I manager at GCE NODE.

Thursday, he presented NODE´s research strategy and activities at a breakfast meeting in Grimstad hosted by Nymo, a significant supplier of equipment to the offshore industry.

“We will be hands-on and keep an overview of what is happening around us in all these areas. We will work to ensure that our participating companies initiate and collaborate on several new research projects in the coming years,” said von der Ohe.

According to the RD&I Manager, investments in clean energy technology is important, for offshore wind as well as in combination with floating solar energy, wave & tidal energy, and using hydrogen, ammonia, methanol as energy carriers. In addition, geothermal energy and seabed minerals have also received extra attention in recent years. In this field, the various industry clusters in Agder have a lot to bring to the table.

“NODE will take the initiative to collaborate on joint projects and ensure good relations between cluster participants and the public funding initiatives for research and innovation,” said von der Ohe.

DIGITALISED AND READY FOR GROWTH
Aleksander Albertsen, General Manager of the recently started IT enterprise Diforma, had the opportunity to present his ambitious two-man company. They want to become a major player in the digitalization of companies and processes.

“We are small, but we have experience from working with large customers, such as Agder Energi and DSB. Our philosophy is to take our customers a step further and be proud of our efforts when we leave,” said Albertsen.

The optimistic entrepreneur had one big concern: the lack of skilled professionals in the Agder region.

“We would like to build a knowledge hub comprising 15-20 skilled IT people. We are constantly looking for skilled employees, but they are hard to come by in our region,” said Albertsen.

Nymo, the host of the breakfast meeting, is among the companies that have capitalized from the digitalization of work processes. With software integration and a more streamlined data flow, Nymo has managed to cut man hours in large projects by between 30 and 50 percent.

“We have come a long way, but we still have more to gain in this field,” said Andreas Gjermundsen, Innovation Manager at Nymo.