Strong interest for Norway at OTC 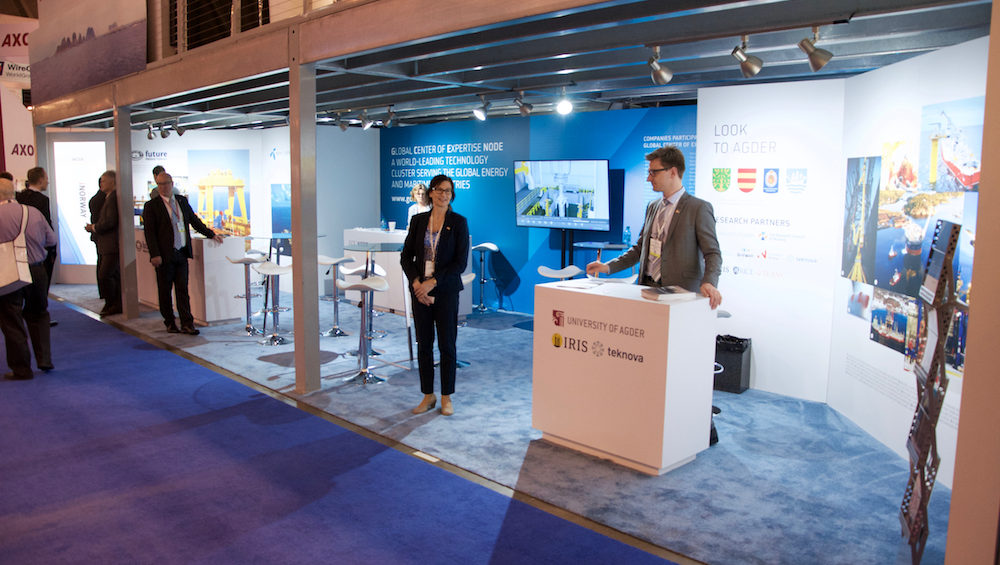 “There is a special interest for Norwegian technology. Norway is considered to be on the cutting edge in the oil and gas industry”, says Anne-Grete Ellingsen.

“There were considerably less ‘tourists’ this year. In a turbulent market situation, companies really have to justify sending people to OTC. It is my impression that this year’s attendees came with a purpose”, says Ellingsen.

She attributes this to the success of the series of workshops and seminars that GCE NODE and the Norwegian delegation arranged during OTC.

“We had some very interesting seminars with very competent speakers and equally competent participants. I am sure the seminars on both digitalization and P&A will result in a stronger cooperation between Norwegian and Texan academic institutions and companies”, says Ellingsen.

This was the first year that GCE NODE had a stand in the Norwegian pavilion at OTC. Two NODE companies, Future Production and Telenor Maritime, and three academic partners, University of Agder, Teknova and Iris, had their own booths at the stand.

“We had a lot of people stop by, especially during the daily Happy Hour. Our stand served as a meeting point for NODE companies and their partners, which also was the intention”, says Ellingsen.

Approximately 35 NODE companies had a stand or were in some way represented at this year’s OTC. The public sector and the political leadership in Agder were also well represented as Mayor of Kristiansand Harald Furre, Mayor of Arendal Robert Cornels Nordli, County Mayor of Aust-Agder Tellef Inge Mørland and Regional Manager Kenneth Andresen at Vest-Agder County all participated at the conference.