“Struck by the level of expertise” 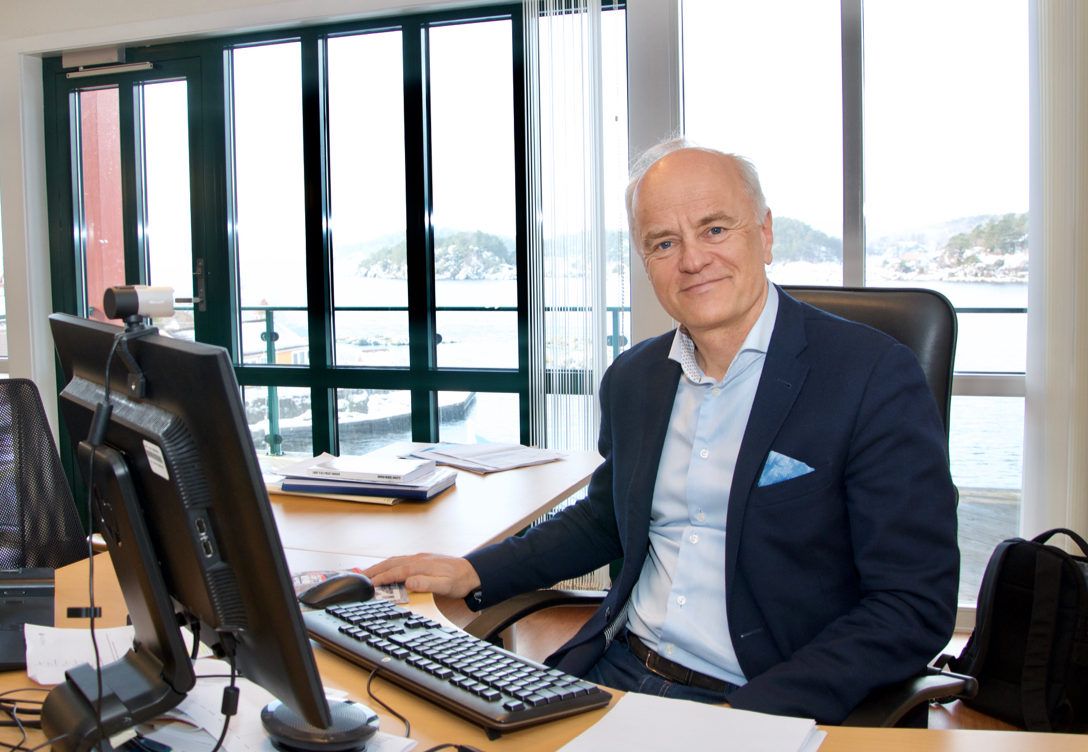 “I am struck by the level of expertise. It is evident the second you enter the building,” says Finn Amund Norbye. The CEO of MHWirth is impressed by his colleagues.

Norbye, 57, is a banking and shipping veteran with international experience from years living and operating in Great Britain, Singapore and The Netherlands. Since moving home to Norway in 2001, Norbye was CFO of Bergshav Management and later CFO and CEO of Deep Sea Supply.

In May 2015, Norbye left shipping and joined MHWirth in the middle of a period characterized by weak market conditions and downsizing. A year ago, he was asked to take the position as CEO.

“Oil and gas was a new industry to me, with different challenges compared to what I had been exposed to. I still have a lot to learn,” says Norbye.

He compensates by leaning on very competent engineers and managers, highly regarded throughout the industry – and by putting in a lot of hours.

“I have great respect for the people of MHWirth and what they are capable of,” says Norbye.

MHWirth is the only large NODE-company to remain on Norwegian hands. MHWirth is fully owned by Akastor, which again has Aker as a majority owner. Kristiansand is MHWirth’s headquarter, but the company has four more locations in Norway, in addition to 15 international offices.

“In general, we are present in the main offshore industry strongholds, such as Brazil, China, Singapore, South Korea and the US. We are also present in other places and as an example, we have 60 employees in Baku, the capital of Azerbaijan. We are active in the Caspian Sea,” says Norbye.

Germany is another stronghold, due to the 2009 acquisition of Wirth, a manufacturer of mud pumps vital for drilling operations. The Wirth trademark was strong enough to occupy 5 of the 7 letters in the rebranding of the business in 2014. The first two letters are the oldest existing abbreviation in the oil and gas industry in Agder, reflecting the legacy of Maritime Hydraulics, established in 1971.

Today, MHWirth is a major international supplier of complete drilling solutions. More than 500 floaters, jack-ups and fixed installations operate with MHWirth equipment, both onshore and offshore.

FOCUS ON COSTS AND SOFTWARE
MHWirth has been hit hard by the market turmoil. Revenues are down 60 to 70 per cent compared to all time high levels. Positioning the company for the future, MHWirth has made some key priorities.

“We aim to deliver the best drilling lifecycle services worldwide. Taking good care of our customers in these difficult times is our priority number one. Addressing their need for new products and services, giving improved efficiency and lower operating expense is another high priority. We expand with new services and develop new business models for continuous improving our services to existing customers,” says Norbye.

“Continuous cost improvement is also important. Cost will decide if onshore or offshore wins. And cost will also impact which company that wins,” says Norbye.

MHWirth has a digital focus and works closely with existing customers in the development of new products and services. Sensor-technology and transfer of big data offshore to onshore will enable continuous condition monitoring of equipment onboard. And condition-based maintenance could eliminate the complete shutdown of operations every five years, which has been the standard industry recertification interval.

“Our vision for smart maintenance is to be able to oversee performance of our equipment online, and to be able to detect that there is something wrong with the equipment on the other side of the world. We are not quite there yet, but it is where we are going,” said Norbye.

“We see the emergence of new business models, in which we are paid to keep equipment in an operating condition. This represents new opportunities for us as a world-leading supplier,” says Norbye.

ON THE BOARD OF GCE NODE
As CEO of one of the largest companies in GCE NODE, Norbye is also on the NODE board. That has been a learning experience.

“NODE is new to me, but I recognize that the cluster is important to the region. It draws attention to and support for our industry from politicians, in addition to competence and funding, which is all good”.

“In my short time with NODE, my experience is that the cluster has provided information and perspectives that have been useful for me personally and for MHWirth as a company. NODE provides opportunities for each participating company to explore and utilize. You have to participate and share in order to receive something in return,” says Norbye.