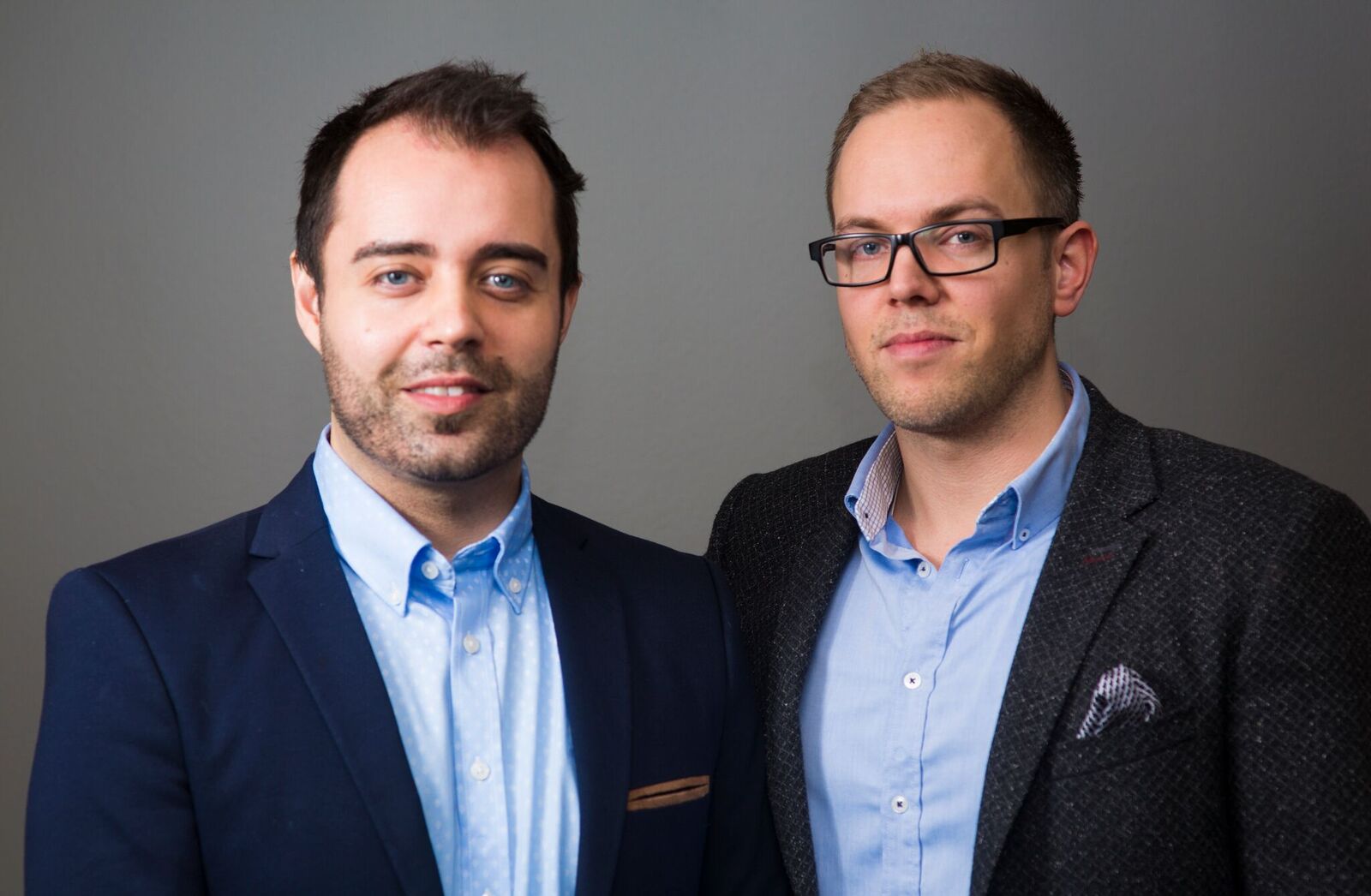 Emil Mühlbradt Sveen (left) and Jørn Folmar Nilsen were among the 13 of 52 student projects that were awarded NOK 1 million from the Research Council of Norway.

DropTech is based on a new technological solution for injecting chemicals into oil wells. The most important task of chemicals is to improve the separation process and prevent corrosion and sediments in the production plant.

“Prior to my master’s degree in Mechatronics at the University of Agder, I worked in the North Sea for 10 years. There, I experienced several challenges with the chemicals injection systems. Among other things, it was difficult to keep injections completely stable because of variations in well pressure and temperature,” explains Nilsen, 30.

He and his partner Emil Mühlbradt Sveen, 33, applied for financial support from the Research Council of Norway to further develop their business idea. The idea is to provide a more accurate injection rate over a larger flow area, regardless of process changes and fluctuations in well pressure. The Research Council grants up to NOK 20 million each year for STUD-ENT projects from different universities and university colleges in Norway. The intention of the scheme is to convert more student business ideas into new products and services.

“When the Research Council invited us to present DropTech, we asked Anne-Grete Ellingsen, CEO of GCE NODE, for advice. Ellingsen served on the Innovation Award jury at Career Day in Grimstad earlier this year, where we won the award for the best innovative idea. Ellingsen is well aware of the problems surrounding chemical injection in oil wells, and showed great interest in our idea,” explains Sveen.

Prior to the meeting with the Research Council, he and Nilsen pitched DropTech for Ellingsen and some of her GCE NODE colleagues and received honest feedback.

“We were grilled, and we really enjoyed it. We had never held such a presentation before, so there were many areas of improvement,” says Nilsen with laughter.

In collaboration with GCE NODE, the two master students put together a solid presentation, which won the Research Council over. From 52 applications for STUD-ENT 2018, DropTech was one of 13 projects that received NOK 1 million in support. The academic supervisor at University of Agder was Professor Jing Zhou in the Mechatronics Group. She was also the mentor for their STUD-ENT FORNY application, because a professor was required to link the project to the university.

CELEBRATIONS AND COMPLAINTS
Nilsen and Sveen were in Austin, Texas, when they received the good news from home. Celebrations were in order.

“We were in our hotel room, early in the morning, when we got word of the awarded funds. Needless to say, we were excited! We cheered so loudly that we received complaints from the neighboring rooms. Afterwards we went for breakfast and a glass of prosecco,” says Nilsen.

Nilsen and Sveen are now completing their master’s project at the University of Agder, where they are building an early prototype as proof of concept. This enables them to test and verify the theoretical results of the preliminary project. Later, the prototype must be specified according to what the market wants.

“The funds from the Research Council will be used to develop the prototype, which initially will be tested for land-based industry, where certification requirements are less strict that on the Norwegian Continental Shelf. But the long-term goal is to get into the offshore industry,” says Sveen.

“In addition to the good support from Maiken Græsli at UiA Nyskaping, and the funds from the Research Council, we are thankful for GCE NODE’s invaluable help. We hope to make further use of the competence in the industrial cluster. Among other things, we are looking for a partner who has the expertise needed to machine and build our product,” says Nilsen.