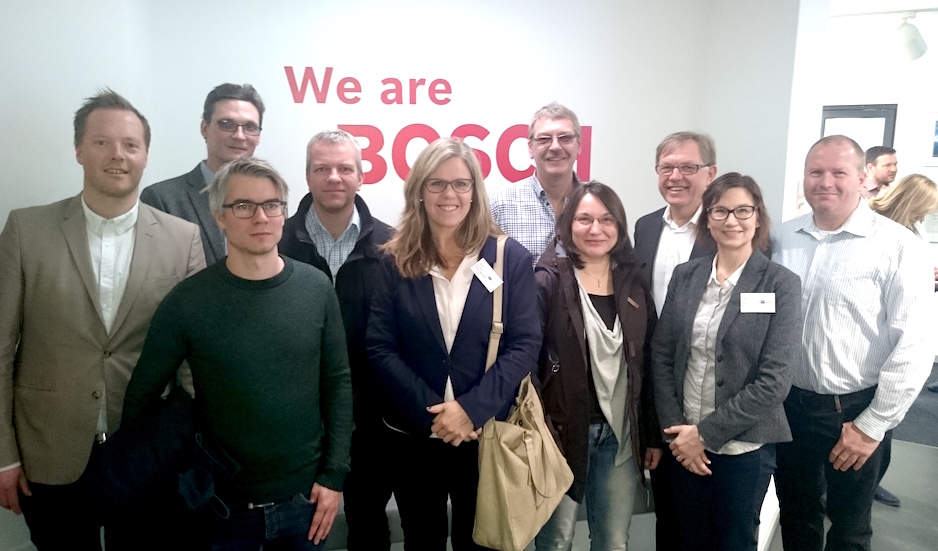 Germany is a leading nation for future manufacturing technologies. A group from Agder travelled to Stuttgart to learn from the best.

“We had a very inspirational and educational stay, which included visits to four companies that are all at the forefront of development of new technologies. We came back to Norway with new thoughts and ideas”, says Kristine Wikander, Project Manager for Future Robotics.

The Norwegian delegation consisted of representatives from five of the six industrial clusters that are part of Future Robotics – in addition to researchers from the University of Agder and Teknova.

Stuttgart is the state capital of Baden-Württemberg, which is a hub for German engineering excellence and contributes to an impressive 15 per cent of the German gross domestic product.

The trip was comprised of visits to a mix of international corporations and SME’s that all gave examples of future manufacturing technologies:

Schnaithmann Maschinenbau GmbH: 2013 award winners for an innovative assist-system for the development of an assembly station for disabled people.

Festo: The producer of pneumatic and electric valves and actuators is on the German steering committee for Industrie 4.0. Products also include grippers for robots. Innovation constitutes eight per cent of their revenue and is an important instrument for their success.  Robot 1   Robot 2   Robot 3

Bosch Rexroth: Bosch sometimes use the expression Connected Industry instead of Industrie 4.0. Bosch Active Cockpit monitors 16 identical production lines in four different cities. If experiencing production differences in a negative or positive direction, they try to learn from each other. This has become a motivational tool for laborers.

Daimler/ Mercedes-Benz: The Mercedes factory has a capacity to produce 1800 cars per day. The production line for car body was fully automated and there were hardly any humans to see in the gigantic production hall.