Summarizing the effects of Austin 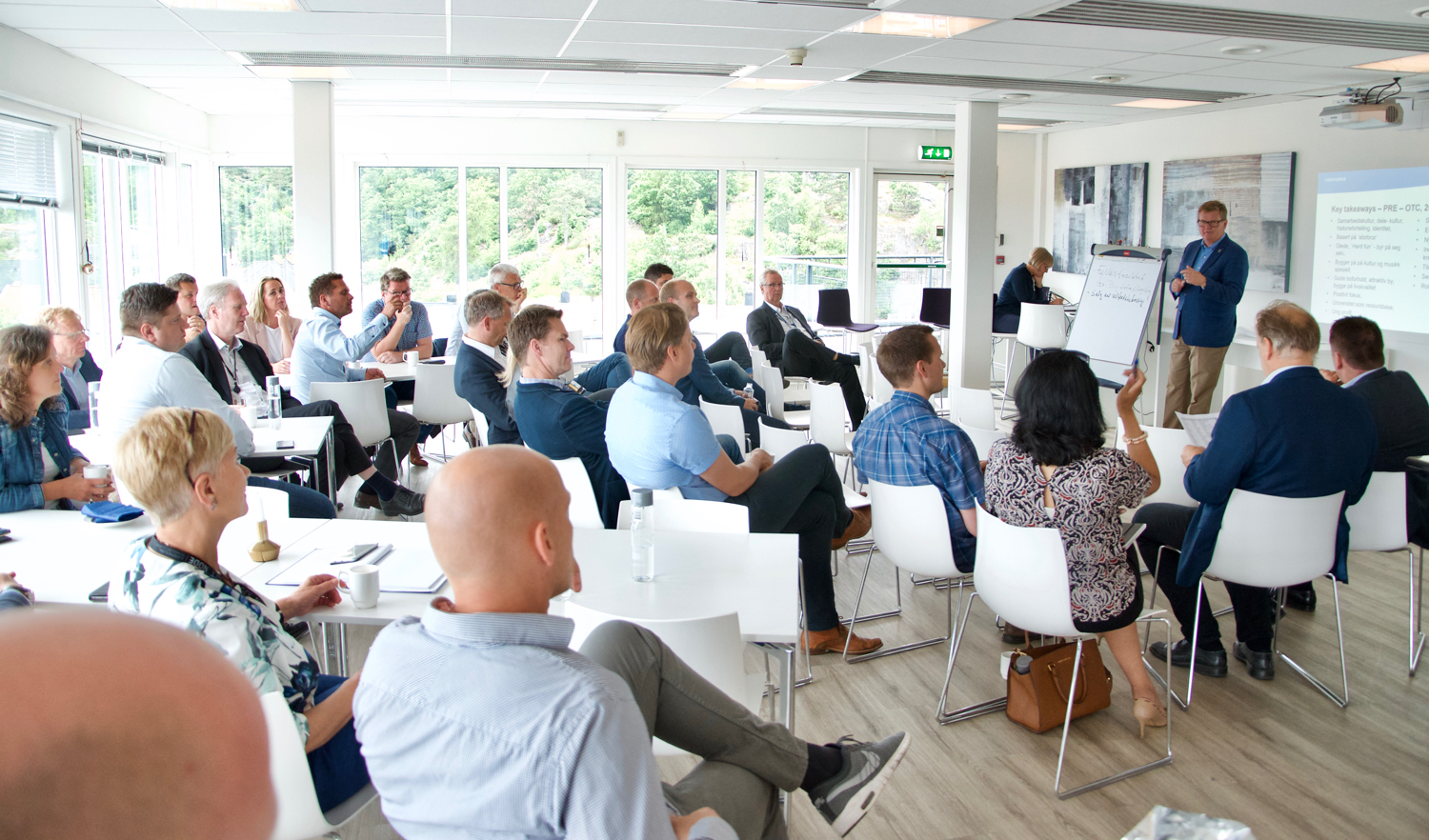 A group from Agder found inspiration during an April visit to Austin, Texas. Two months later, it was time to summarize the effects.

“I am glad to learn about several initiatives and other positive effects from the visit. I am encouraged by the way different people and organizations have utilized knowledge and networks built while in Austin. I expect good things to come from this,” says Mayor of Kristiansand, Harald Furre, who led the summarizing session in Kristiansand Wednesday.

This was the first time that the 37 industry, government and academia representatives, who travelled to Austin, met again. In Austin, the group met with Austin Mayor Steve Adler, The University of Texas at Austin and several co-working organizations and high-tech businesses. The purpose was to learn how the fastest growing city in the United States promotes innovation and entrepreneurship.

As a result of the visit, CoWorx has signed an agreement with Capital Factory, a co-working space in Austin. The agreement enables members of both parties to drop in and be able to work at each other’s facilities, in addition to mutual promotion and sharing of networks and programs.

“A co-working space in Stockholm has a similar agreement with Capital Factory. We are proud to announce that Kristiansand is the second co-working space in the Nordic region to establish this kind of cooperation,” says Øystein Tønnessen, Project Manager at CoWorx.

Kamilla Sharma, CEO at incubator Innoventus South, has established a dialogue with the iC2 Institute at the University of Texas, Austin. And also with the founder and CEO of Tech Ranch, Kevin Koym, who is scheduled to visit Kristiansand this fall.

The University of Agder has several initiatives with the University of Texas, Austin, and the Municipality of Kristiansand are preparing an invitation to have key players from Austin come to Norway.

One of the main takeaways from Austin was how everyone constantly talked positively about each other and the city.

“Inspired by Austin, we now include a general presentation of the Agder region whenever we give presentations of our company,” says Gisle Stavland at Egde Consulting.

GCE NODE was one of the organizers of the Austin trip, together with Kristiansand Municipality, Vest-Agder County and Aust-Agder County.